There was a definite sense of occasion within Camden Yards Tuesday night. It began when the Baltimore Orioles ran onto the field to commence warmups for their pivotal game against the Toronto Blue Jays and were greeted with a rousing standing ovation by their partisan fans.

Inside, the quaint throwback stadium was a sea of orange, with the majority of the 35,000 or so fans decked out in the unmistakable Oriole jerseys and T-shirts bearing the names of Markakis, Wieters, Jones, Matusz and Machado – their favourite players – on their backs.

Not since 1969 have the Baltimore fans been able to witness their heroes clinch an American League East title on home turf, and they were intent of making the most of every moment.

And they did not go away disappointed.

The Orioles (91-60) got to Toronto starter Drew Hutchison early en route to an 8-2 victory, a triumph that was the 1,254th of Buck Showalter's managerial career, moving the Baltimore bench boss past the legendary Billy Martin on the all-time list.

The outcome was cemented in the seventh inning when, with the Orioles leading 4-2, Alejandro De Aza stroked a key triple into the rightfield corner off Toronto reliever Aaron Loup with the bases loaded, scoring scored three more runs as the Camden faithful erupted with a near-deafening roar.

It was a decisive victory for the Orioles, and their first division title since 1997.

All through the top of the ninth inning, the Baltimore faithful were clapping, singing and stomping their feet, willing the Orioles to victory. And when reliever Tommy Hunter got Ryan Goins to ground out to first for the final out, the fans continued to celebrate as as the Orioles poured out onto the field from the dugout for a massive group hug as fireworks erupted and streamers floated out of the stands.

Bad blood between the two teams continued to flow. In the seventh, Baltimore star Nick Markakis was hit in the shoulder by a Loup pitch. In the top of the eighth, Jose Bautista was drilled by Baltimore pitcher Darren O'Day, causing home plate umpire Chad Fairchild to issue warnings to both dugouts.

For the Blue Jays (77-73), who are still hanging on to a sliver of hope, however misguided, that they can still somehow steal one of the AL wildcard playoff berths with only 12 games left in the regular season, the moment was eerily familiar.

It was on Sept. 20th of last year that that the Jays had to endure the on-field celebrations of the Boston Red Sox, who clinched the title with a win at Fenway Park.

"You wished you were them," said Toronto first baseman Adam Lind said on Tuesday when asked how tough that was to witness.

It could have been the Blue Jays in Baltimore's shoes. The team rode a hot May and June to first place and stayed there for 48 days before its performance slipped dramatically and they finally fell out of top spot for good on July 4.

Blue Jays general manager Alex Anthopoulos dropped into Camden on Tuesday to join the Blue Jays for the rest of a final road trip that will also take the squad through New York to play the Yankees, beginning on Thursday.

He was asked before the game: What would be running through his mind if the Orioles were to win and clinch the division? Would he view this season as a missed opportunity for the Blue Jays given that perennial division heavyweights Boston and New York have also fallen short of expectations?

"There are still things that could happen with the wildcard," Anthopoulos said, never one to give up hope until the final grains of sand have fallen through the hourglass. The Blue Jays headed into Tuesday's game five games back of the final wildcard spot.

Anthopoulos also talked about a comment Toronto manager John Gibbons made to reporters on Monday when he was asked how he felt about the makeup of Toronto's starting pitching heading into next year. Gibbons replied he wasn't even sure about his own status.

"He's under contract, he's always under contract pretty much," Anthopoulos said. "I don't think there's anything to take care of. I think he's done a good job."

The Blue Jays silenced the excited Camden Yards crowd somewhat when Edwin Encarnacion stroked a double in the first inning that scored Jose Bautista all the way from first base for an early 1-0 win.

But a three-run home run off the bat of Steve Pearce in the bottom half of the inning followed up by another dinger off Hutchison by Jimmy Paredes in the second allowed Baltimore to secure a 4-2 lead. 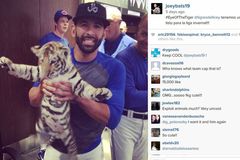 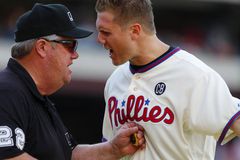 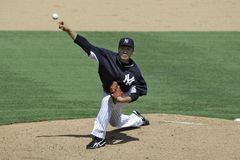 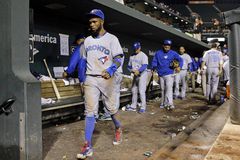