This week marks the final homestand of a distressing 2017 season for the Toronto Blue Jays, an injury-plagued and underachieving campaign if there ever was one.

It will also, in all likelihood, be the final time that Jose Bautista, the Jays' truculent right fielder who helped the game become cool again – not just in Toronto but across Canada – will strut his stuff on the artificial turf at Rogers Centre as a member of the team.

Love him or loathe him – and there are plenty in both camps after a couple of back-to-back lacklustre years in which age and injury have combined to diminish his once undeniable presence on the baseball diamond – Bautista has, at the very least, been interesting.

"Jose will go down in history as one of the best all-time players here," Toronto manager John Gibbons proclaimed in his office at Rogers Centre on Tuesday, holding court before the Blue Jays started a three-game series against the Kansas City Royals. "What number, I don't know.

"But he's had an amazing career. He's one of the faces of the franchise for a number of years. So he ought to be proud of himself."

After the series against K.C., Toronto will host the New York Yankees for three more before the Blue Jays conclude the season with six games on the road – beginning in Boston and then closing out in New York next weekend.

And look for Bautista, despite an unsightly .207 batting average heading into play on Tuesday, to receive the lion's share of playing time over the final dozen games, an homage to one of the great Blue Jays' sluggers in franchise history.

Bautista's contract has a mutual option for 2018, which means the Blue Jays can bring him back if they want to shell out $17-million (U.S.), which is highly unlikely given Bautista's age (37 next month) and diminishing production.

He will be allowed to slide into free agency and test the waters elsewhere.

Bautista was in the starting lineup Tuesday night in right field, batting cleanup despite his poor average and 157 strikeouts, which puts him within two of tying the single-season franchise mark set by another Jose – Canseco – back in 1998.

And although Rogers Centre was not nearly as packed as it has been with the team out of the playoff hunt, Bautista was still afforded a hearty cheer when the starting lineup was announced.

In his 14th year, Bautista is not yet ready to sit down and reflect on all his achievements. As one club insider noted, that would suggest Bautista's time is up, and he is not ready to go there yet.

And while Bautista might try to mask his emotions to the fans, Gibbons believes this week will be special to the veteran.

"I know he's feeling it inside," Gibbons said. "I don't know if you'll see it outwardly. You might.

"He's a very proud man, that's for sure. He's a perfectionist. He's driven to be the best, he always has."

When Bautista is ready to wax nostalgic, he will have an array of topics to touch on, not to mention the infamous three-run home run and subsequent bat-flip-heard-round-the-world against the Texas Rangers in the 2015 playoffs.

That shot, which Gibbons said is in the "top two or three" home runs in franchise history, won the game and the playoff against the Rangers and vaulted Toronto into the American League Championship Series.

With his breakout season of 54 home runs for Toronto in 2010 to lead Major League Baseball, Bautista proved himself an elite power hitter.

Even now, with just 22 dingers on the season, Bautista has stroked 271 home runs since 2010, more than any other player in the majors over that span.

Gibbons said Bautista's presence has made his second tenure as Blue Jays manager that much easier.

"The thing with [Bautista], not only has he done a lot for the organization, but a lot for me personally," Gibbons said. "That I'll never forget."

Although Bautista would obviously like to be going out on better terms, Gibbons said he shows up every day ready to play, regardless of his physical condition or the team's record.

Tuesday night, that was evident, as Bautista sprinted toward the right-field corner and slid to the ground to make an outstanding catch off a drive by Lorenzo Cain in the third inning.

"I think he's handled it well [the adversity]" Gibbons said. "I mean, it's been tough on him. It's been a tough year for him when you look at his norms. 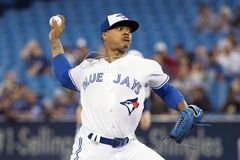 Baseball is becoming more fun. Why not just enjoy it?
September 19, 2017 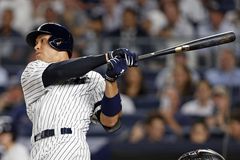 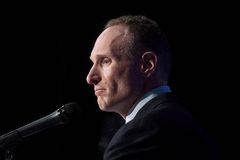