Each spring since 1978, the best U.S. high school basketball players are selected to the prestigious McDonald's All-American game. A teenaged Kobe Bryant played in it, so did Vince Carter, Magic Johnson, LeBron James and Shaquille O'Neal. This spring, a showcase is launching in Canada for its top high school stars, and organizers hope it, too, grows into a cherished tradition.

During a climate of increased Canadian presence in the NCAA and the pros, such as top NBA rookie Andrew Wiggins, the first BioSteel All-Canadian All-Star Game will be played at Toronto's Mattamy Athletic Centre on April 14. It will introduce the next wave of Canadian basketball stars in a televised event. A committee will choose the top 24 Canadian-born boys from grades 10 through 12, or those playing at schools in Canada. There will also be skills competitions and a rising-stars game, featuring the nation's best Grade 9 players.

Possible headliners will include Jamal Murray, a standout guard who attends Orangeville Prep, who was once MVP at the renowned Jordan Brand Classic, and has drawn interest from powerhouses such as Michigan State and Maryland. His teammate could be another – Thon Maker, a 7-foot star from South Sudan who grew up in Australia but has chosen to finish his high school basketball career in Canada. The athletes will be nominated and voted on by an 11-person committee of Canadian youth basketball experts from across the country, including coaches, provincial reps, scouts and writers.

It's the brainchild of a group from Canadian sports nutrition company BioSteel and Athlete Institute Basketball Academy (home to the Orangeville Prep team). Tony McIntyre leads the group – he's the school's director of basketball operations as well as the founder of successful Toronto AAU club CIA Bounce, and father of NBA rookie Tyler Ennis.

"I would watch the world junior hockey championships, and think, why can't we do that for basketball, with that type of viewership, and cater to people who are interested in seeing the next group of Canadians headed to college basketball or the NBA Draft?" McIntyre said. "We want to take some aspects of the McDonald's All-American game – like the prestigious nature – and some things from the NBA all-star game and create our own truly Canadian event. We would love for kids to strive to be a BioSteel All-Canadian and for it to become something special."

Smaller-scale All-Canada basketball games have taken place in the past. Getting the backing of Canada Basketball, creating a committee of stakeholders from across the country, and landing a title sponsor have given this particular group the muscle to make it an annual national showcase. BioSteel has recently made a splash, inking some of Canada's biggest young superstars behind their 'Drink the Pink' mantra, such as Wiggins and hockey players Connor McDavid and Tyler Seguin.

The spotlight on Canadian basketball has largely focused on Toronto, but the committee aims to select from various parts of the country. Perhaps that will include someone such as 6-foot-7 point guard Jermaine Haley from Burnaby, B.C, who has drawn interest from numerous schools including Louisville and Oregon.

"There are guys from the West who can play with the best from the East and I think there will be some good Western representation," said Pasha Bain, director of B.C-based club program Drive Basketball Inc., and a voting member of the committee. "The talent in Canada doesn't end with Wiggins and Anthony Bennett – it's only getting stronger."

"As an athlete growing up in Nova Scotia, I didn't have this kind of opportunity, and we were reading about the guys playing in the McDonald's All American game, and thinking it was such a cool thing," said Devon Norris, Technical Director at Basketball Nova Scotia, also a committee member. "A game of this calibre could be something like that as it grows."

The Coming All-Star game, three-point competition and a dunk contest will highlight the Monday night events, held at Athlete Institute, near Orangeville, Ont., the night before the main event. In future years, the organizers hope they can add a girls' game to the event.

"They came to us with the idea for an All-Canadian event, and we love it for many reasons" said Michele O'Keefe, executive director at Canada Basketball. "A big one for us is alignment, and we struggle with that because we have school sport, club sport with provincial and national teams, and those things don't necessarily align. So this is a great opportunity to align for a moment in time and hopefully people will see how great it can be when we all grow in the same direction."

"I think it's smart, and an opportunity for new Canadian names to surface and get exposure," Kline said. "It takes a long time to establish the brand and reputation that the McDonald's All-American game has established, but here I see yet another example of people within Canadian basketball circles really taking charge."

TSN said it will broadcast the game, following the Toronto Raptors' road contest versus the Boston Celtics. The network will also unveil the rosters live at the Air Canada Centre when the Raptors play host to Andrew Wiggins and the Minnesota Timberwolves on March 18. A Canadian sports marketing expert says a good media partner is critical, such as ESPN with the McDonald's All-American game.

"Timing is everything, and the timing is now, when you consider what's going on in Canada with basketball and the rise of We The North nation," said Brian Cooper, president and CEO of S&E Sponsorship Group. "BioSteel is making a bold and smart move, and this event will take some time to develop. A strong media partner will be key to the growth."

The game will take place 24 hours before NCAA Signing Day, a day on which some of the Canadians in this game may sign letters of intent with their colleges of choice. 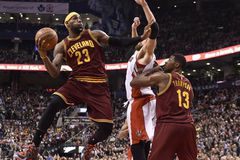 Raptors continue to struggle as they fall to Hornets
March 6, 2015 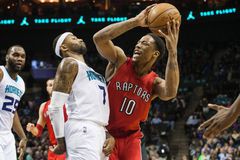 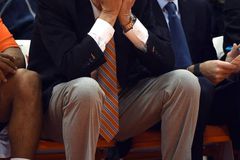 Ray Allen says he will not play in the NBA this season
March 4, 2015 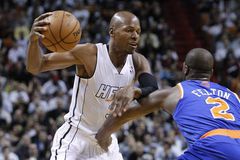 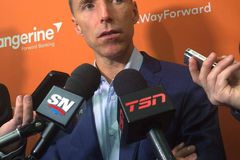