There are plenty of interesting things about new Toronto Raptors centre Aron Baynes.

To start, he’s a 6-foot-10 New Zealand-born Australian, and he proudly declares that his red beard matches his young son’s hair. He eagerly shoots the three ball; was part of the San Antonio Spurs’ 2014 championship team; and this summer, he overcame a bout of coronavirus.

The Raptors signed the 33-year-old free-agent centre to a reported two-year, US$14.3-million deal over the weekend, a response to the departures of veteran big men Marc Gasol and Serge Ibaka, to the Los Angeles Lakers and Clippers, respectively.

Baynes waited a long 48 hours into free agency before he got his deal, but he says it was worth the wait.

“They [the Raptors] were always in communication that they weren’t sure what was going to happen with the bigs that they had in Ibaka and Gasol,” Baynes said in a video media conference on Wednesday. “As soon as Ibaka went to the Clippers, the conversation started getting a lot more real on both sides. From the first moment that I was talking with them I was excited. I’ve seen what they’ve done from afar and I’ve played against them many times. Yeah, I’m excited to be able to come in and try and contribute now.”

Baynes shot a career-high 35 per cent from deep to go with averages of 11.5 points and 5.6 rebounds in 42 games for the Suns last season. That included a career-best 37-point performance against the Portland Trailblazers in March, right before the NBA halted because of the pandemic.

Baynes has not played a game since March 10. He did not initially travel with the Suns to the NBA’s Orlando bubble for the July restart because he tested positive for COVID-19. After recovering from the virus and testing negative, he joined them but never got into one of their eight remaining games.

He remarked on the winning experience of Raptors such as Kyle Lowry and Fred VanVleet, and said he’s eager to get to know them and compete again.

“The body feels good. We’ve had nine months now to get the body feeling right,” Baynes said. “I’m going into it in the best shape I’ve been in.”

His parents are both Kiwis, but they moved to Australia when he was a baby. Baynes played at Washington State University and went undrafted, then played in Europe before the San Antonio Spurs signed him as a free agent in 2013.

After three seasons with the Spurs, Baynes played with the Detroit Pistons and then the Boston Celtics, with whom he experienced the 2018 Eastern Conference final.

In Boston, he added a three-point game. Baynes said Celtics coach Brad Stevens encouraged him to shoot it, and then so did Suns coach Monty Williams, marking a sharp increase in his attempts from deep. He said Raptors coach Nick Nurse seems eager for him to shoot it also.

“Early discussions I’ve had with Nick, he said, ‘Look, we’re going to need you to be aggressive and Kyle’s great at finding guys, and he’s going to give you a lot of time and space,’ ” Baynes said. “At the same time, I’m never trying to force it, I’m trying to find the best shot for the team. And that’s what Toronto’s been about over the years.”

Baynes won’t singularly shoulder the burden of providing everything Ibaka and Gasol did at centre. The Raptors re-signed Chris Boucher in free agency, too, reportedly to a two-year deal worth US$13.5-million. The 6-foot-9 Montrealer has been working to add weight to his lean frame since he came to Toronto in the 2018-19 season, and is currently listed at 200 pounds.

The 27-year-old Canadian known for his energy off the bench averaged 6.6 points, 4.5 rebounds, a team-high 1.0 blocks and 13.2 minutes in 62 games last season. He had three 20-point outings and five double-doubles. Boucher shot 32 per cent from deep.

“I come in with a different mindset where I know okay, I might be one of the main guys, I might be one of the guys that knows the system more especially with new guys coming in,” Boucher said on his media call. “I can say I’ve never backed down from a challenge … I think I’m ready to help this team get somewhere and make some noise in the league.”

Fred VanVleet is comfortable being the underdog
November 24, 2020 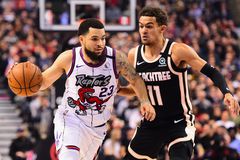 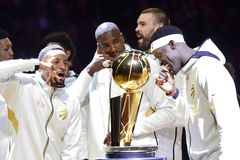 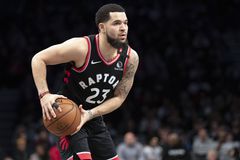