The NBA told its teams Thursday that it intends to return to a normal schedule next season, with training camps opening in late September and the regular season set to begin on Oct. 19.

A memo that was sent to teams, a copy of which was obtained by The Associated Press, does not specify when the 2021-22 regular season will end – and that’s because it has yet to be officially decided if the play-in tournament will return. If it does, and there are no indications that it won’t, the likely date to end the regular season would be April 10.

The return to the normal schedule is not an unexpected development, and commissioner Adam Silver has said several times that the league’s intention for the past several months – virus permitting – was to get the league back on to its regular calendar after two seasons of schedule havoc because of the pandemic.

But it will lead to another quick turnaround for the teams that make this summer’s NBA Finals.

The latest possible date for Game 7 of this season’s title series is July 22; training camps for next season are set to begin on Sept. 28, meaning it is possible that this season’s finalists are back in camp as little as 68 days after the end of the 2021 finals.

Last season’s finalists, the champion Los Angeles Lakers and Miami Heat, had 51 days between the end of the 2020 finals and the start of this season’s training camp – with this season’s game schedule beginning 72 days after the Lakers won the title at the restart bubble at Walt Disney World.

And the Lakers and the Heat both were eliminated in the first round of this year’s playoffs; only two of last season’s final eight teams returned to the second round of the post-season in 2021. Questions about fatigued teams were a talking point around the league throughout this season, and likely will be again next season – especially for those clubs that go deepest in this year’s playoffs.

“From the moment we entered the bubble to now today, it’s been draining,” Lakers forward LeBron James said after his team was eliminated. “Mentally, physically, spiritually, emotionally draining. ... Every team has to deal with it, obviously. But with us and Miami obviously going the long haul in the bubble and then coming right back on short notice to this season, it’s been very draining.”

Should the play-in tournament – during which the teams that finish between seventh and 10th in each conference play to decide which teams will be the No. 7 and No. 8 seeds on the Eastern and Western sides of the bracket – return on the same schedule the NBA utilized this season, those games would be contested between April 12-15, 2022.

The playoffs will begin on April 16, the 2022 NBA Finals are set to begin on June 2 and the planned end date for Game 7 of that title series would be June 19.

Teams will play rivals in their own divisions four times and the 15 teams from the other conferences twice each, as per usual. Teams also play some teams in their conference just three times instead of four, and those games are slotted in a five-year rotation; the league is planning to use what would have been the 2020-21 matrix to determine those matchups.

That matrix wasn’t in play this season since it was 72 games, with teams playing the 14 others from their own conference three times and the 15 opponents from the other conference twice.

It also remains unclear if things will be truly back to normal. There has been no final decision made on whether the Toronto Raptors – the NBA’s lone Canadian team – will be able to start next season at home again. The Raptors were displaced for the entirety of this season, playing their 36 home games in Tampa.

If the Raptors can play at home, they would likely play in Toronto on Nov. 1. That’s the 75th anniversary of the Basketball Association of America’s first game – the New York Knicks at the Toronto Huskies. The BAA was the precursor to what has been called the NBA since 1949.

The league has been planning since at least 2018 to celebrate its 75th anniversary season in 2021-22, and plans remain in place for next season’s all-star Game to be in Cleveland. It has been scheduled for Feb. 20. 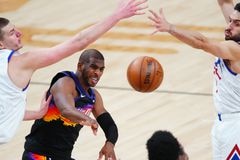 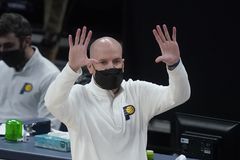 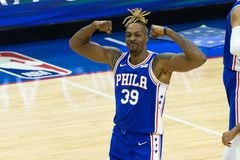