Two and a half hours. That’s how long Danny Green gave the Toronto Raptors to bask in the greatest moment in franchise history.

There was still a buzz around Toronto and all over social media the morning after Kawhi Leonard’s buzzer-beating, Eastern Conference semi-final-winning shot in Sunday’s Game 7 against the Philadelphia 76ers. The shot – a high-arcing Hail Mary that bounced around the rim for what seemed like an eternity before finally going in – gave the Raptors a 92-90 win in a do-or-die game and sent Scotiabank Arena into a frenzy.

But the Raptors don’t have the luxury of savouring this moment. They have to move on quickly, as another punishing series awaits in an Eastern Conference final against Giannis Antetokounmpo and the top-seeded Milwaukee Bucks.

“Midnight. Enjoy it until midnight and then we move on to the next opponent,” Green said after the game.

After a tough back-and-forth series with Philadelphia, Leonard’s shot to put away the resilient Sixers was a huge relief for beleaguered Toronto sports fans not used to things going their way. But the Raptors are only halfway to their ultimate goal of a league title, and Leonard’s heroics will be quickly forgotten if Toronto is brushed aside by the offensively lethal Bucks.

“Decompress tonight. Get some treatment. Enjoy it. Then get back to work tomorrow, see how we can get better and start trying to get locked in and locked down on Milwaukee,” Raptors point guard Fred VanVleet said. “Obviously it doesn’t get any easier from here. We know what they bring to the table.”

What the Bucks bring to the table is a far more daunting offence that runs through Antetokounmpo, an MVP-calibre forward. Focus on Antetokounmpo, and he can get the ball to any number of three-point threats, including all-star Kris Middleton, Malcolm Brogdon and even seven-footer Brook Lopez.

“Obviously they’re great. They have a different style of play,” Green said. “More faster pace. Definitely up and down, probably more three-point shooting, more guys on the perimeter, but I think it’s a style that we’re used to playing or able to adapt and adjust to well. Hopefully we do. It’s going to be a … track meet.”

Toronto’s offence was wildly inconsistent in the Philadelphia series, but the Raptors were able to grind out a series win with toughness and defence against a Sixers squad with plenty of talent and size. They also had the clear best player on the floor in Leonard, who racked up 243 points in the series, including 41 in the decisive Game 7.

That may not be the case this time, as Leonard and Antetokounmpo should provide the Eastern Conference final with a heavyweight matchup. The “Greek Freak” has been having himself a great postseason as well, averaging 28.4 points and 10.8 rebounds in Milwaukee’s five-game dismissal of the Boston Celtics in the second round.

“Honestly, I don’t get into those debates,” VanVleet said when asked to weigh in on the Leonard versus Antetokounmpo showdown. “It’s who you like. My whole thing with that is if you’re in the discussion, you’re doing something right. [Kawhi’s] up there with the best of them.”

One of the keys to victory for the Raptors, outside of finding consistent shooting, will be making adjustments to cope with Milwaukee’s offensive versatility. Raptors coach Nick Nurse earned plaudits when he employed the seldom-used pairing of big men Marc Gasol and Serge Ibaka to counter Philadelphia’s size, resulting in better rebounding and rim protection. He will need to continue to be flexible against Milwaukee.

“It’s a totally different style than we’ve just been through in our last two series,” Nurse said. “These were set-play teams, pretty methodical on offence, they’d come down and run things, and run some post-ups and run stuff for certain guys. Not to say Milwaukee doesn’t do some of that, but they would much rather spread the floor, give it to a guy, put their head down and take it to the rim. If you send help, they’ll fire it out and they’re going to shoot a ton of threes.

Game 1 of the Eastern Conference final is Wednesday night in Milwaukee. The Bucks play host to Game 2 on Friday before the series shifts to Scotiabank Arena for Game 3 on Sunday. 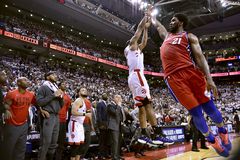 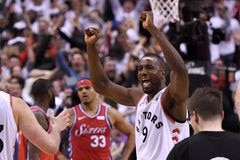 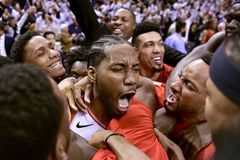 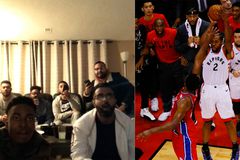