Mired in 29th place in the NBA overall standings, the 1-5 Raptors travel west for a four-game road trip in search of answers.

Games against Phoenix, Sacramento, Golden State and Portland await, starting with the surging Suns (5-2) on Wednesday.

“It’s tough, man,” guard Fred VanVleet said after Monday’s disheartening 126-114 loss to the Boston Celtics in Toronto’s pandemic home of Tampa. “It’s tough. This game will break your heart. I know we get paid a lot of money and it’s given me the highest highs of my life aside from having kids and it’s given me some of the lowest lows.

“It’s a roller coaster. It’s a heartbreaking game. When things are going great, it’s great. When they’re going bad, it hurts. I put my blood, sweat and tears into this team and I care. This stuff keeps me up at nights.

There is plenty to fix.

Defence and rebounding have been problems as Toronto has squandered double-digit leads. The defensive woes have revved up opponents. At the other end, the Raptors have missed chances that should have been made.

Coach Nick Nurse has been brutally honest, saying the team needed to “compete harder” in the middle of the Boston game.

“I think the part we need to be embarrassed about, disappointed about, is just the fight, the belief. Going down four, eight [points] and letting that balloon to 20 before you know it, that’s the part that as a team we have to take more pride in.”

Only Golden State has been outrebounded more than Toronto, which is clearly missing the departed Serge Ibaka and Marc Gasol. On Monday, VanVleet led the Raptors for the second straight game with eight rebounds as Boston finished with a 56-37 edge on the boards.

Nurse is calling for “more old-school stuff” in rebounding, saying the more they give up, the more aggressive opponents get.

“We’ve got to block out and we’ve got to get a little more size and strength in there to try to hold them off,” he added.

Nurse has not shied away from naming names.

Prior to Monday’s game, he pointed the finger at Terence Davis and Matt Thomas, saying their poor play was leading to more minutes off the bench for Stanley Johnson.

Centre Aron Baynes did not see action in the second half after missing all five shots attempted in the first and failing to halt the Celtic tide. Rookie guard Malachi Flynn was 0-for-6 in 15-plus minutes as Nurse tried to find combinations that worked.

“He was okay,” Nurse said of Flynn, before revising his opinion. “If you want be honest about it, he didn’t really do much out there really, right?

Nurse had little good to say when asked about the defence from his bench, which was outscored 60-39 by Boston.

“But I don’t think anyone in the first unit played defence, either. … It’s on everybody, myself included, that we’re not guarding,” he added.

He said centre Alex Len “seemed to be okay in there defensively. … And when he wasn’t, it was just straight to the rim whenever they wanted to.”

Finding answers isn’t helped by the strange circumstances teams are operating under.

The lack of fans and a congested schedule that can feature back-to-back games in the same city to reduce travel have tilted conventional home-field advantage.

Teams are also feeling the effects of COVID restrictions, none more so than the nomadic Raptors. Nurse said Monday he basically hasn’t left the team hotel on road trips yet.

VanVleet says it all takes a toll mentally, although making excuses doesn’t help.

“We can sit around and cry about it, or you can try to figure out a way to work through it and that’s the position we’re in,” he said. “But I worry about guys’ mental health, just as a brother and a teammate and a friend, because it’s not an easy situation, obviously.” 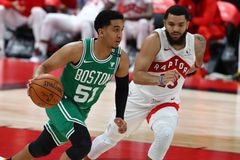 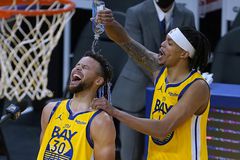 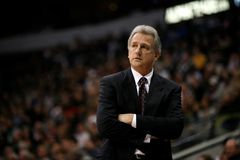