Canadian NBA players set their first milestone of the 2019-20 season when a record 16 appeared on opening day rosters, and they haven’t let up since. Here are a few moments so far this season that saw Canada’s basketball elite make an impression.

THE BEAR AND THE WOLF

Minnesota forward Andrew Wiggins and Memphis wing Dillon Brooks became the first Canadians to score 30 points apiece in an NBA game in the Grizzlies’ 137-121 win over the visiting Timberwolves on Nov. 6. Wiggins, from Vaughan, Ont., had 30 points for the Timberwolves, but Brooks, from Mississauga, topped that with 31, including all of Memphis’s points in a key 10-2 run. Vancouver native Brandon Clarke added 18 points on 7-of-7 shooting off the bench for the Grizzlies.

Miami Heat forward/centre Kelly Olynyk hit four three-pointers in a 117-100 win over Charlotte to move to 501 for his career. The former Gonzaga standout from Kamloops joined Hall of Famer Steve Nash and Rick Fox as the only Canadians to eclipse 500 career three-pointers. Olynyk finished the Nov. 25 game with 15 points and a career-high 16 rebounds.

FOUR ON THE FLOOR

Four Canadians played on an NBA court at the same time – reportedly for the first time in league history – in the Toronto Raptors’ 126-98 rout of the visiting New York Knicks on Nov. 27. With six minutes left to play and the game out of reach, Raptors head coach Nick Nurse subbed rookie Oshae Brissett of Mississauga into the game. He joined Raptors big man Chris Boucher of Montreal on the court, as well as Knicks rookie guard RJ Barrett of Mississauga and forward Ignas Brazdeikis of Oakville, Ont. Barrett, the No. 3 draft pick this year, had 16 points in 31 minutes in his hometown NBA debut. Boucher finished with 13 points and 12 rebounds in 25 minutes.

Cleveland centre Tristan Thompson became the first Canadian to reach the career 5,000-rebound milestone in the Cavaliers’ 119-110 loss to the visiting Milwaukee Bucks on Nov. 29. The veteran from Brampton, Ont., had a game-high 13 boards in the loss to bring his total to 5,003. He has since increased that to 5,165 heading into Tuesday’s games. He stood 11th in the NBA this season with 349 total rebounds, and third over all with 133 offensive boards.

Dallas centre Dwight Powell is sometimes a forgotten piece on a Mavericks team featuring MVP candidate Luka Doncic and celebrated “unicorn” Kristaps Porzingis, but he outshone both his more famous teammates when he scored a team-high 24 points in a 121 win over visiting Minnesota on Dec. 4. Powell, from Toronto, put up the big number by shooting a perfect 9 for 9 from the floor, including a pair of three-pointers. The only other Canadian to go perfect in nine or more shot attempts was Andrew Nicholson, who went 9-for-9 off the bench to lead the Orlando Magic to a 139-105 win over Brooklyn on March 29, 2016.

Wiggins reached the 30-point mark for the sixth time this season when he dropped 33 in Minnesota’s 113-106 loss at Portland on Dec. 21. He had 39 career games of 30 points or more heading into Tuesday’s games, which tied Nash for the most by a Canadian.

Shai Gilgeous-Alexander matched a career high with 32 points – the third time he reached that total in four games – as he led the Oklahoma City Thunder to a 98-97 win over the Toronto Raptors on Dec. 29 at Scotiabank Arena. It was the most points ever scored by a Canadian against the Raptors, the team he watched while growing up in Hamilton.

“Did you tell him that? Oh man, we ain’t going to hear the end of that,” veteran Thunder guard Chris Paul said of Gilgeous-Alexander’s record after the game. “He’s been excited to come back. Everybody here in Canada, know you all got a real one. He loves home, he loves home.”

It was also the first time four Canadians scored in the same NBA game. Montreal’s Luguentz Dort added three points for the Thunder, while Boucher had nine points and Brissett added four for Toronto.

Injury-plagued Raptors get Matt Thomas back, but now VanVleet’s status in question
January 6, 2020 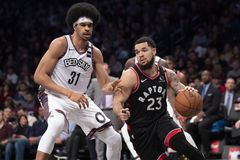 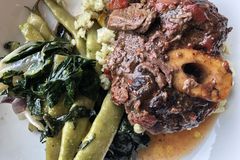