The saga is over.

When this trade is done, everybody can say they won.

The Lakers, the Pelicans, Rich Paul, LeBron James – they all can take a victory lap. The trade that will be official in the coming weeks sending Anthony Davis from the New Orleans Pelicans to the Los Angeles Lakers for Brandon Ingram, Lonzo Ball, Josh Hart and three first-round draft picks – first reported by ESPN, later confirmed to The Associated Press by several people with knowledge of the matter – is perfect for both sides.

James gets the superstar teammate he wanted. Paul, the agent James and Davis share, pulls off a power move. The Lakers instantly become major players in a suddenly open Western Conference. Davis finally gets his wish to leave New Orleans. The Pelicans don’t begin Zion Williamson’s era with a disgruntled superstar in the locker room. They load up on young players and have tons of draft chips to play around with.

For the Pelicans, it’s a new beginning.

For the Lakers, it’s about winning now.

Draft picks, including No. 4 in this year’s class, smartly were not overvalued by the Lakers – a team with a superstar who is turning 35 in December and should be doing anything necessary to help him win a fourth championship before his window closes. The Lakers have tons of money to spend starting June 30 and the sales pitch to Kemba Walker, Kyrie Irving or anyone else changes mightily after this move.

Before Saturday, it would have been Lakers general manager Rob Pelinka saying, “We’re trying to get Anthony Davis.”

Now it’ll be Pelinka saying, “We’ve got Davis, we’ve got LeBron and they want you with them.”

That’ll be a tough offer for anyone to ignore.

James is going to get another Big Three out of this: It was Dwyane Wade, Chris Bosh and him in Miami; Kevin Love, Irving and him in Cleveland; Davis, him and TBA with the Lakers. Clearly, the focus will be on a guard, which is why the rumour mill will be all about either Walker or Irving going to Los Angeles in free agency.

The off-season is already in high gear.

Hard to believe it really just got started.

This deal got agreed to before the newly crowned NBA champion Toronto Raptors – this is true – hoisted the Larry O’Brien Trophy on Canadian soil for the first time. They won Thursday night at Oracle Arena to end Golden State’s reign, then stopped for a party in Las Vegas before the parade in Toronto on Monday.

Not even 48 hours after they popped corks, the Lakers were starting their own celebration.

Williamson will get drafted No. 1 over all on Thursday night, and he’ll go to New Orleans in the awkward spot of being an 18-year-old (he doesn’t turn 19 until July 6) with a franchise on his shoulders. The Lakers will still be drafting No. 4 over all, although they’ll be doing so on New Orleans’ behalf because the trade cannot be consummated beforehand. The Pelicans need a centre, and will likely look at the trade market.

The Pelicans have to watch an incredible player, one of the league’s very best, leave. But David Griffin – the man tasked with rebuilding the Pelicans – clearly had concluded that there was no way of convincing Davis to not leave as a free agent next summer anyway. Had Griffin waited to make a deal in-season, there’s almost no way he could have pulled off this kind of haul in return. The longer he waited, the less the value. So they push the reset button and move on, which was the most prudent play.

The Warriors not only have to figure out what to do if Kevin Durant leaves, but how to contend next year without the Achilles-rehabbing Durant and the ACL-rehabbing Klay Thompson (for at least much of the season). Other contenders in the West – Houston, Denver, Portland – will be viewing the Warriors’ woes as opportunity, so they’ll be looking at ways to get better as well. And Boston will be dealing with the reality that not only are its hopes of landing Davis gone, but that Irving is likely leaving as well.

There will be countless big moves in the coming weeks. The Lakers, who have missed the playoffs in the past six seasons and have been stuck in dysfunction mode for the past couple months after the resignation of Magic Johnson and soap opera that followed, got the first one of the off-season to go their way.

Welcome to summer. Game on. 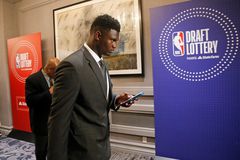 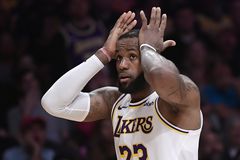 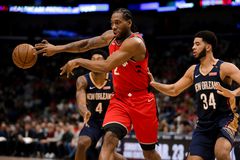