Marc Gasol says he plans to be back in action Wednesday night, another huge step for the Toronto Raptors as they get steadily healthier after a taxing month.

The Raptors (25-14) have been without their 7-foot-1 centre for 12 games after he strained his left hamstring against the Detroit Pistons on Dec. 18. He said he expects to be in the lineup when the Raptors face the Thunder in Oklahoma City.

Gasol follows Pascal Siakam (groin) and Norman Powell (left shoulder), who made their returns on Sunday after suffering injuries in that same December contest. The team has not projected when Fred VanVleet might return (hamstring).

The Raptors went 6-6 during the time that their Spanish big man was out. The team had as many as five injured players during parts of that stretch, and coped with a variety of starting lineups and rotations.

Before Gasol got hurt, he was averaging 6.6 points, 6.6 rebounds and 3.4 assists – not stellar offensive stats. But as the 34-year-old returns to the court, the Raptors benefit from his size and rim protection, his elite defensive brains and leadership and his calm demeanour.

Gasol had little chance to rest during the off-season, after playing well into June to win an NBA title, then through much of the summer, too, with the Spanish national team as it captured a gold medal at the FIBA Basketball World Cup.

The veteran centre spoke to media on Tuesday for the first time since the injury. He described a frustrating layoff of nearly a month in which his hamstring felt okay much of the time, but he knew playing on it too soon carried a high risk of reinjury.

The three-time NBA all-star said he rehabbed it twice a day. He began with movements on the training table, and eventually strengthened it in the weight room before finally being able to ease into some basketball movements on the court. He declined to specify names, but he said he brought some colleagues from Spain to help him as he worked through the injury.

“It’s a pretty long process. It’s not a lot of fun because you don’t get to put the ball through the basket a lot. You don’t get to compete as you want to. But you always try to be positive with it,” Gasol said. “We were working around the clock to be back as soon as possible.”

Gasol isn’t one of the fastest players on the roster or one of its best jumpers, yet his presence in the five spot is crucial to Toronto’s success. The one-time NBA defensive player of the year (2012-13) still limits opposition scoring in the paint and anchors the defence.

“You heard knowledge is power, but knowledge is also quickness. So you don’t have to be the quickest guy when you can have great anticipation and readiness and Marc, obviously everyone knows he has tremendous basketball IQ,” Raptors assistant coach Adrian Griffin said.

A Canadian foe in Oklahoma City

The Raps will meet the Thunder (23-17) for the second time in two weeks, and it comes on the heels of a hot roll for Canadian Shai Gilgeous-Alexander, the 11th overall pick in the 2018 NBA draft and currently OKC’s fastest-rising young star.

The 21-year-old Hamilton native made history Monday during his team’s victory over the Minnesota Timberwolves. He became the youngest player in NBA history to record at least 20 points, 20 rebounds and 10 assists in a game.

That performance puts Gilgeous-Alexander on an elite list of NBA players to register a 20/20 triple-double during just their second year in the league, joining Shaquille O’Neal, Charles Barkley and Oscar Robertson.

Gilgeous-Alexander gave the Raptors all kinds of trouble when the Thunder beat them in Toronto on Dec. 29. He matched his career high with 32 points, the most ever scored by a Canadian versus the Raptors.

“When we played him here on our home court. You got to see his versatility his quickness,” Griffin said. “I mean, he really was a lot more explosive than I thought, and the [defensive] help has to be there early with him.” 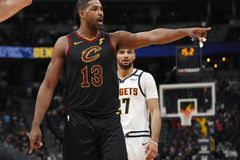 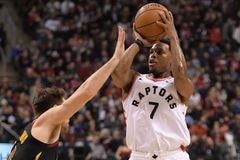