NBA commissioner Adam Silver said on Saturday that the league will likely lose “hundreds of millions of dollars” because of a rift with the Chinese government that has affected sponsorships and television revenue, but that he believed there would “be a return to normalcy fairly soon.”

The comments came during Silver’s annual state of the league news conference on All-Star Weekend, which has traditionally been a celebration of the league. Silver also announced that the All-Star Game’s Most Valuable Player award would be named after Kobe Bryant, the former Los Angeles Lakers superstar who died last month in a helicopter crash.

Silver’s labelling of the business harm to the NBA from its months-long tension with China as “substantial” was noteworthy because it put in concrete terms how much the league’s relationship with China, cultivated going back to the 1970s, has meant for its bottom line.

“I think that the magnitude of the loss will be in the hundreds of millions of dollars. Certainly probably less than US$400-million, maybe even less than that,” Silver said.

The Chinese government shut the NBA out in October, after Daryl Morey, general manager of the Houston Rockets, shared an image on Twitter that was supportive of the pro-democracy protesters in Hong Kong. The backlash was immediate, as Chinese sponsors began cutting ties with the league and China Central Television, the state-run television broadcaster, refused to air any more games.

The league’s many streams of revenue include broadcasting rights, merchandise sales and admissions. The NBA takes in roughly US$9.5-billion in annual revenues, according to a source with knowledge, who was not publicly authorized to discuss the matter. Silver said that the NBA’s overall financial health was sound, even though its games are not on the air in a country with hundreds of millions of fans. Silver said he believed CCTV would resume airing games “at some point in the future.” Tencent, a streaming network, has been showing an average of three games a night.

The league has lowered its salary cap projections for next season, in part because of the China fallout, Silver said, but the full magnitude of the loss won’t be known until after the playoffs. The league’s salary cap, which sets the limit for how much teams can spend on players, is determined by the amount of money the NBA takes in year to year.

“We were taken off the air in China for a period of time, and it caused our many business partners in China to feel it was, therefore, inappropriate to have ongoing relationships with us,” Silver said. “But I don’t have any sense that there’s any permanent damage to our business there, and, as I’ve said before, we accept the consequences of our system and our values. It’s not a position any business wants to be in, but those are the results.”

The league also came under criticism domestically after Morey’s tweet, as dozens of politicians, in a rare show of bipartisanship, publicly chastised the league for not standing, in their eyes, more firmly behind Morey. In a statement, the NBA had said that it was “regrettable” Morey’s views “deeply offended many of our friends and fans in China,” but that “the values of the league support individuals’ educating themselves and sharing their views on matters important to them.”

But in the months since, there’s been a sign of a slight warming in relations between China and the league. The NBA has given financial assistance for the outbreak of the coronavirus, which has infected tens of thousands in mainland China. Silver said the league was discussing playing more preseason games in China next fall and that USA Basketball could play an exhibition game there before the Tokyo Olympics, but that nothing was firm.

“We are not pressing them,” Silver said, referring to the Chinese government. “It’s a decision that’s outside of certainly our control, and I will say, I’m often not sure exactly where that decision lies. I think that our view as the league is we should continue doing the things that we’ve done in the past.” 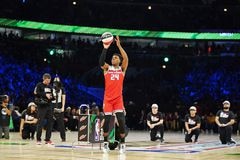 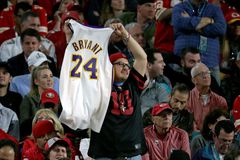 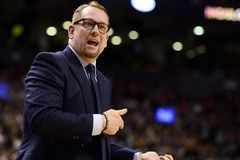