The Toronto Raptors may not be the favourites in their first trip to the NBA Finals against the dynastic Golden State Warriors, but the nimbleness and resilience the Raps have displayed through three playoff rounds makes them a very intriguing contender.

The Raptors eliminated three teams who played very different styles of basketball. The Raps shuffled defensive assignments, tweaked player combinations and bounced back from the punches they took in those series. Various players stepped up at different times.

“It’s been really, wow,” said Fred VanVleet when asked how adaptable the Raptors have had to be in these playoffs.

The team’s flexibility could be traced back to head coach Nick Nurse’s experimentation during the regular season – trying different lineups and plays. Some of that was by necessity as the team dealt with injured players, load-management nights off and personnel changes at the trade deadline.

Sometimes, it might have seemed as if the former NBA G-League head coach was having fun playing mad scientist once finally the head coach of an NBA team. But that trialling gave the Raptors a comfort with reacting quickly and calmly in the playoffs.

“As a player, you get so used to routine and being stuck in, ‘Well, this is what we do and we’re gonna do it at a high level and we don’t care what other teams do.’ Nick has changed that, where we were adaptable throughout the year and we struggled sometimes because of it,” VanVleet said. “We tried a lot of different things, and some of them didn’t mesh or make sense. But now, at this point in the season, we’re able to do a lot of different things and we’ve been through the adversities and proved ourselves.”

Then they shortened up the bench against Philly and leaned heavily on the scoring magic of Kawhi Leonard. They worked to defend the 76ers’ motion-based offence built around pounding the ball inside to seven-footer Joel Embiid, slowing the big guy with their adjustment of trying Marc Gasol and Serge Ibaka on the floor together.

Against Milwaukee, the Raps got some much-needed bench help in the way of scoring relief from Norman Powell and VanVleet. Leonard was still a scoring hero, but he was also reassigned to cover Bucks superstar Giannis Antetokounmpo three games in. That helped turn a two-game deficit into a 4-2 series win.

“We were able to win in different ways. It was a one-on-one iso show in Philly playing six guys, to more of a bench ball movement, moving the ball around against Milwaukee,” VanVleet said. “The playoffs are really long, with a lot of ups and downs, and there are a lot of different ways you can win a ball game, and I think this is another step, playing the Warriors, which is entirely different than anyone else in the league.”

Milwaukee and Philly went on big runs at times, and the Raps figured out ways in some of those games to recover, reverse course and win.

“I’m glad we were able to adjust to the styles," said Nurse, noting how his team has reacted to the various ways those opponents spread the floor. "So we’ll have to do it again.”

Golden State has been known to demoralize opponents by hitting repeat threes and going on huge, insurmountable runs.

The Raps have thrived playing big when needed, but now they’ll have to come up with a way to hang against one of the best small-ball lineups the NBA has seen.

Golden State has such widespread talent and experience. They gave headaches to some opposing big men in these playoffs, because megastar Stephen Curry targets them to create mismatches. In Game 1 of the Western Conference final against the Portland Trail Blazers, he scored 36 points – including nine three-pointers. Curry stresses defences uniquely because he can hit shots from so far away.

Asked if there is anyone in the league who puts more pressure on a perimeter defender than Curry, VanVleet said, “No. No. I don’t even know if there’s a close second.”

When the Raps opened these playoffs, losing Game 1 against Orlando, they took it in stride, studied up and dominated the next four games. When they were crushed in Philadelphia in Game 3, they made adjustments and bounced back with a win. Likewise after two crushing losses to start the series against Milwaukee.

“We’ve had great conversations on the court and on the fly and watching film, and I think that’s the one thing that’s helped us is everyone being open minded and having a suggestion,” Kyle Lowry said. “And the coaching staff has done a great job preparing us.”

The Raptors beat the Warriors twice in the regular season, but a seven-game series for all the marbles is very different. The reigning world champions won’t be anything like the others. Nurse perhaps summed it up best:

“This will be a whole 'nother project.” 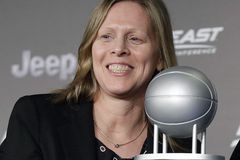 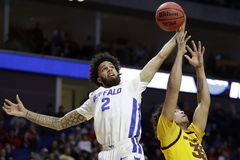 Opinion
Like all good things, the Golden State Warriors’ reign must end – hopefully in Toronto
May 28, 2019 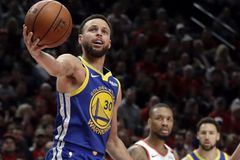