After walking out on their playoff games to protest against systemic racism and the police shooting of Jacob Blake, it appears that NBA players will soon return to the court.

Three games scheduled for Thursday – including Game 1 of the second-round series between the Toronto Raptors and Boston Celtics – were postponed, just like the trio of games put on hold Wednesday.

In a statement, the National Basketball Association said it is hopeful games can return Friday or Saturday.

The Milwaukee Bucks sparked a historic day in sports on Wednesday when they refused to play Game 5 of their first-round series against the Orlando Magic.

A parade of other pro sports quickly postponed games in respect for the cause, too, from Major League Baseball to Major League Soccer to tennis. The Women’s National Basketball Association followed, as well, with its female players locking arms on live television in matching white T-shirts with seven red holes in the back, like the seven bullets fired by a white police officer on Sunday into the back of Mr. Blake, a Black man, in Kenosha, Wisc. Mr. Blake survived but his attorney says he may be paralyzed from the waist down.

NBA players took a principled stand and are now in charge

The National Hockey League was later to follow the other sports, and eventually postponed playoff games Thursday and Friday.

Vegas Golden Knights forward Ryan Reaves, who is Black, was one of the driving forces behind the postponement. “It’s great that the NBA did this, and the MLB and the WNBA, they have a lot of Black players in those leagues. But for all these athletes in here to take a stand and say, ‘You know what? We see the problem too, and we stand behind you,’ " he said in a press conference in Edmonton surrounded by a large group of players from Western Conference playoff teams.

In Orlando on Thursday morning, according to ESPN, NBA players met and voted in favour of continuing the playoffs rather than going home.

At every opportunity while playing inside the bubble at the Walt Disney World Resort, NBA players have tried to steer the conversation toward the urgent need to root out systemic racism, recognizing the power of their famous voices. The slogan Black Lives Matter is scrawled on the floor of their gyms, uniforms, T-shirts and masks. They kneeled during anthems and used interviews to talk about issues plaguing Black people, including police brutality and voter suppression.

So news about a police shooting of yet another Black man in America was traumatizing and frustrating for the players. They spoke of the pain in watching video of Mr. Blake being shot at close range as he approached his car with his three young sons seated inside.

“If you watch that video, you don’t need to be Black to be outraged,” said L.A. Clippers coach Doc Rivers earlier this week in an impassioned video press conference.

Many players felt their efforts were not getting the job done, and they needed to do something bigger. Bringing their playoffs to a screeching halt in order to put the Black Lives Matter conversation on the front burner has received global attention, as news networks outside the world of sport have zeroed in.

The NBA said a video conference took place Thursday afternoon to discuss next steps. It involved a group of its players, governors from the 13 teams competing in Orlando, reps from the player’s association, the league office and NBA legend Michael Jordan, who acts as the NBA Labor Relations Committee chairman. They did not report what was discussed.

Little is known about what the players have asked of team owners or the league in terms of action, but LeBron James tweeted to his fans Thursday, especially the students at the school he has created:

“Change doesn’t happen with just talk!! It happens with action and needs to happen NOW! For my @IPROMISESchool kids, kids and communities across the country, it’s on US to make a difference. Together. That’s why your vote is @morethanavote” read his message.

In a tweet on Thursday, former NBA star Bill Russell praised players for deciding to forgo their games. In 1961, Mr. Russell led Black Celtics players in a boycott of a game against the St. Louis Hawks after two Black players were refused service at their team hotel in Lexington, Ky.

Mr. Russell’s tweet read: “In ’61, I walked out of an exhibition game much like the @NBA players did [Wednesday]. I am one of the few people that knows what it felt like to make such an important decision. I am so proud of these young guys.”

Players have been without their families inside the NBA bubble since their arrival. For the Raptors, that arrival was in early July, when they showed up two weeks ahead of everyone else for a team training camp since many of them had to complete a 14-day quarantine after crossing the Canadian border.

With the start of the second round of the playoffs, teams soon will be able to welcome their family members inside the bubble and take comfort in their company.

On the NBA postponement, the Raptors put out a simple statement on Twitter Thursday: “We stand with our brothers in solidarity as we fight for justice and change.” 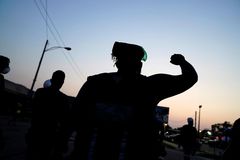 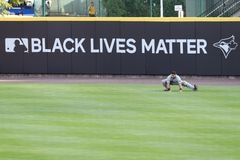 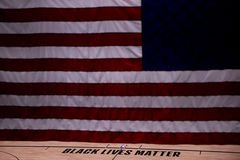 Nike and Under Armour throw support behind athletes protesting in response to police shooting of Jacob Blake
August 28, 2020 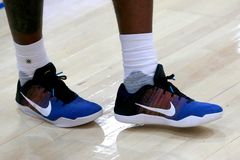 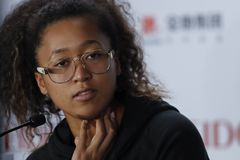