Coronavirus information
The Zero Canada Project provides resources to help you make the most of staying home.
Visit the hub
Reuters
Published June 26, 2020 Updated June 26, 2020
Comments
Please log in to listen to this story. Also available in French and Mandarin. Log In Create Free Account

Even as the NBA was unveiling its schedule for the conclusion of the regular season, commissioner Adam Silver admitted Friday that the league’s “bubble” in Central Florida can’t be made totally safe from the coronavirus pandemic.

The league is bringing 22 of its 30 teams to the ESPN Wide World of Sports Complex near Orlando, Fla., for the resumption of play. Each team will compete in eight “seeding games” to complete the regular season, and the playoffs will follow, all at the Disney site.

Action will commence July 30 with the Utah Jazz opposing the New Orleans Pelicans, and the Los Angeles Clippers facing the Los Angeles Lakers in a doubleheader that will air on TNT.

The Jazz get to be one of the first teams returning after they were the team that prompted the NBA’s shutdown when All-Star centre Rudy Gobert tested positive for the coronavirus on March 11.

The season has been in hiatus since, but teams are set to arrive at the Disney campus for training by July 11.

Earlier Friday, the NBA and the National Basketball Players Association finalized the protocols for the Disney “bubble.” The agreement comes at a time when COVID-19 cases are spiking in Florida.

Silver said on a conference call Friday, “We know that COVID-19 will be with us for the foreseeable future, and we are left with no choice but to learn to live with this virus. No options are risk-free right now. …

“My ultimate conclusion is that we can’t outrun the virus, and that this is what we’re gonna be living with for the foreseeable future – which is why we designed the campus the way we did. And so it’s a closed network; and while it’s not impermeable, we are in essence protected from cases around us. At least, that’s the model.

“So for those reasons, we’re still very comfortable being in Orlando.”

The NBA and NBPA announced in a joint statement Friday that 16 of the 302 NBA players who were examined Tuesday tested positive for the coronavirus.

Silver added that Florida setting a record with around 9,000 new COVID-19 cases reported Friday is worrying.

“The level of concern has increased, not just because of the increased levels in Florida, but throughout the country,” he said. “At least today, I believe, 29 of the 50 states have an increased number of cases. Of course, we designed our campus, in essence, to isolate ourselves from whatever the level of cases was in the surrounding community.

“But since we designed our initial protocol, we are continuing to work with Disney on the testing of at least a subset of their employees that could potentially be in the same room as our players, and anyone else who’s tested daily on our campus. So we are satisfied that, once we work through those additional measures with Disney, we will continue to have a safe setting for us to resume our season.”

The commissioner wasn’t ready to reveal the NBA’s intentions should a COVID-19 outbreak occur among players.

“I think we want to get down on the ground and start to see how our testing’s working and how the protocols are working and then we’ll make decisions as we go,” Silver said.

The league also will address the recent calls for social justice in the wake of George Floyd’s death.

Oklahoma City Thunder guard Chris Paul, the NBPA president, told reporters, “We … understand how powerful our voice is, and so even if we’re back to playing, we understand that our voice can still be heard, our message can still be screamed loud and clear on an unbelievable platform.

NBPA executive director Michele Roberts said the players have been in discussions about what protests would be held and how they will be done.

“I can’t imagine anything healthier than that,” Roberts said. “I would’ve been ashamed had there not been a conversation. If the players had been talking about getting back to play and nothing else, frankly, as an African-American woman, I would’ve been disappointed.”

The regular-season games at the Disney complex will be held at three different courts. At least four games will be played every day after the July 30 doubleheader.

Because only 88 of the 259 games remaining on the league’s schedule will be contested, the league had to figure out a way to determine which games to play. The matchups were chosen chronologically, beginning with games that would have been played March 11, with four caveats:

– A matchup couldn’t result in either team going beyond the maximum of eight games.

– A matchup couldn’t prevent any participating team from having eight possible matchups.

– If two teams facing off head-to-head twice in the season’s resumption would prevent either team from having a single matchup against another team that it was due to play twice, the league set up one matchup against each of the other teams.

Once the 16-team field is set, the playoffs will proceed is normal, with all matchups best-of-seven. 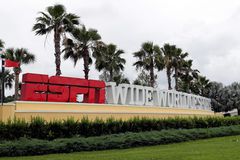 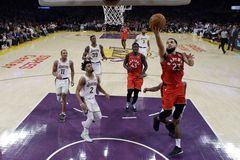