You ever declared bankruptcy? Have a secret family? This would be the time to announce that.

What with everything that’s going on in the United States, this week has turned into the greatest ‘5 p.m. on the Friday before a long weekend’ news dump opportunity in modern history.

With that in mind, the Boston Red Sox announced Friday they are rehiring Alex Cora – a key figure in the Houston Astros sign-stealing scandal – as their manager.

In historical-fix terms, this is a little like the Chicago White Sox sending Joe Jackson off to do a sabbatical year in Venezuela after he’d thrown the World Series, then reintroducing him the next spring as their newest star, Jack Josephson.

You have to applaud the cheek. All Boston sports teams are irredeemable supporters of cheating. It’s nice to see that some traditions continue.

Less remarked upon was the NBA’s big news. Late on Thursday, the league ironed out out the broad parameters for its return.

No league is a proper business. All of them are somewhere between tulip fever and a Ponzi scheme – either exponentially growing or heading toward collapse. But the NBA operates with something closely resembling rationality.

The next basketball season will start on Dec. 22. As a bloc, the players preferred a mid-January restart, allowing them to spend more time at home.

When it was explained to them that would mean missing out on the Christmas broadcast window so beloved by the league’s TV partners, and would therefore be reflected in their paycheques, the players decided they didn’t love family time all that much.

The league cut the regular season by 10 games, so it can wedge the whole thing in before the Olympics start in late July.

If they come off, the Tokyo Games will be the first major international TV event of post-COVID era. As such, they will also be the greatest freebie branding exercise in recent memory.

Who will be front and centre representing humanity’s hopeful emergence into whatever comes after we’ve all lived through a Michael Crichton novel? LeBron, Steph, Kawhi and their super-friends on Team USA.

You cannot buy this sort of publicity because no country prints that much money.

Still to be determined is how much salary NBA players have to give up in order to justify a season played without full arenas. The number being batted around is an 18-per-cent across-the-board wage decrease, to be held in escrow until the figures are sorted out.

Whatever the final number, the league and its employees have apparently agreed that the pain will be spread over several years so the players don’t take a massive hit up front.

It all sounds so reasonable. Ownership and labour moving in concert, recognizing that the fat days are done (at least for now), and figuring out a way to use a downturn as a kind of slingshot. This doesn’t sound like much. Given the current moment, nobody cares about it. But assuming politics become more boring soon (taps heart, points skyward), they will.

We haven’t yet begun to discuss it because it goes against the ‘sports are the only entertainment product that will thrive in the age of audience atomization’ mantra, but not everyone is coming out of this in great shape.

In hindsight, the aberration may be that so many sports did so well for so long. The calendar year was an endless, overlapping succession of leagues smacking you in the face with more and more product. And everyone prospered. They even made soccer work in America. That’s how crazy this got.

The Hollywood equivalent would be releasing a full slate of movies, and every single one of them is a hit. Some hits are bigger than others, but there are no bombs.

One supposes that sort of business model might be sustainable forever, but you’d probably bet the other way.

Now that things have got shaky, a good indicator of the health of any one of these businesses is its resolve to continue despite financial setbacks.

The NFL? The NFL just kept on truckin'. Eventually, it will figure out a graphic that lights up over a guy’s head midplay that reads ‘JUST TESTED POSITIVE’ and somehow turn coronavirus into a prop bet. Nobody considered shutting down football. Had anyone done so in a public forum, they’d no longer be working in football. Football is fine, business-wise.

The NBA’s fundamentals aren’t quite so solid as the NFL’s, but its setup is more pliant. It operates via consensus rather than by fiat. It knows it will lose some money, but everyone involved has enough belief in the business’s core strength they are willing to retrench. Whatever dissent there might have been on this score was kept in-house.

Baseball operates like the family business in the midst of being divided among siblings who hate each other’s guts. Rather than inform players when the season started (the NFL way) or convince them of the wisdom of playing (the NBA way), MLB invited them to lunch to discuss matters and then started flipping tables.

In the end, the commissioner shotgunned the players' union into a take-it-or-leave-it mini-season. Between now and April, the current ceasefire will become a shooting war over the soon-to-expire labour agreement. As a business, baseball has some problems with its long-term projections.

Then there’s the NHL. What’s the NHL up to these days? Who knows? It isn’t saying.

The Stanley Cup final ended six weeks ago. If hockey were to follow the NBA model, preseason camp should be opening three-or-so weeks from now.

But hockey is locked in its office trying to figure out how easy it is to rip the roof off a stadium so it can get a few paying attendees in there. Hockey is still talking in terms of bubbles – bubbles! – and an all-Canadian regular-season tournament. Hockey has already said it will not start before the new year and is now quietly pushing that start date further back.

The NHL’s U.S. broadcaster is NBC. NBC also has the Olympics. Which means hockey cannot run through July. So you tell me how this works, because I can’t figure it. A three-month season and two months of playoffs? A one-off round-robin tournament? A Hunger Games-style elimination? The less the NHL says on the matter, the less it looks like it has a clue.

In this new world of winners and losers in the business of sport, the NHL looks like the league its classmates would name ‘least likely to succeed’.

This isn’t to say that hockey is going anywhere. It’s just to say that the NHL’s days of heading relentlessly upward in the slipstream of the great late-20th-century sports boom are in danger of turning round the other way. 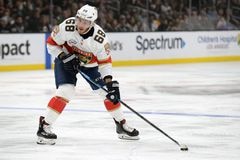 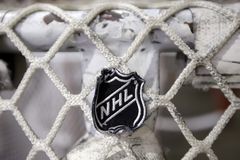 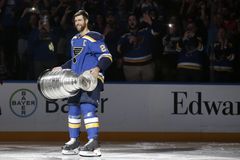