Lori Ewing
The Canadian Press
Published May 17, 2021 Updated May 17, 2021
Comments
Text Size
Please log in to listen to this story. Also available in French and Mandarin. Log In Create Free Account

It wasn’t the last-minute move to Florida, the mad scramble to find housing, or playing so-called home games 2,000 kilometres from Toronto.

The NBA pulled off a herculean task in playing amid the COVID-19 pandemic.

But the coronavirus, says Nick Nurse, was what cost the Raptors a season that threw up numerous hurdles, and wasn’t a fair indication of his team.

“I would like to think that this team could have been a heck of a lot better than this, the way it ends up,” the Raptors coach said Monday. “We were playing pretty good basketball until the COVID hit, and kinda spun out of control from there, and never really recovered.”

Nurse spoke to the media for nearly 40 minutes the morning after the Raptors’ season ended, and while he didn’t feel “tremendously good” after Sunday’s season finale in Tampa, Fla., he was seeing things differently after a good night’s sleep.

“It’s weird when you’re in these jobs and then everything comes to a screeching halt. … When it’s [been] moving at such a fast pace,” he said. “I’m feeling okay today that it’s wrapped up. Probably was time to wrap it up this year.”

Two years removed from their NBA championship, the Raptors (27-45) finished 12th in the Eastern Conference, missing the playoffs for the first time since 2013 – what was the second-longest postseason streak in the NBA. They were in the thick of the playoff race before a COVID-19 outbreak sidelined numerous key players – Fred VanVleet, Pascal Siakam and OG Anunoby were just three – plus much of the coaching staff in March. Their free-fall saw them win just one game that month.

Canada must win a last-chance qualifying tournament June 29-July 4 in Victoria to book a berth in Tokyo, with the team trying to make its first Olympic appearance in 21 years.

Raptors management will remain in Tampa for the next few weeks to prepare for the NBA draft July 29. The Raptors have the seventh-best odds – 7.5 per cent – of landing the No. 1 pick in the June draft lottery June 22.

The two biggest off-season question marks are the futures of two faces of the franchise: Lowry, who could leave when free agency opens Aug. 2, and team president Masai Ujiri.

While Nurse and GM Bobby Webster signed contract extensions this season, Ujiri hasn’t, saying he preferred to wait until season’s end before starting negotiations. The 50-year-old former NBA executive of the year will do his season-ending media availability on Wednesday.

Nurse preferred not to speculate on Ujiri’s future with the franchise, except to say: “All I know is I think we make a really good team and I hope that team stays intact and I enjoy working for him every day.”

Toronto essentially played 72 road games this season as the only team playing outside its market. Most nights it was tough to tell which team the pandemic-restricted “home” crowd was cheering for. Their practice facility was a hotel ballroom.

But Nurse was proud of how his team responded to the adversity, which included a revolving door of a roster due to illness and injury. The Raptors set a franchise record with 38 different starting lineups, and a league record with 10 different 30-point scorers, including rookies Malachi Flynn and Jalen Harris, and seldom-used Stanley Johnson.

Any joy in developing young players?

“I think joy’s a little strong,” Nurse said. “There was a lot of angst and there was some frustration as well, but I also believe that we did get to a point where we got pretty focused and locked in, in teaching mode, and learning mode, and [it was] enjoyable.”

The Raptors were missing many of their key players over the final few games, taking their “next man up” philosophy to new heights. Nurse had six players for Sunday’s finale against Indiana, a 125-113 loss, but he was proud of their performance.

“There was still a feel of togetherness and really trying to execute and everybody trying to play well, and some connection, and some sense of humour, and some enjoyment in that,” he said.

With many parts of Canada reeling from the pandemic’s third wave, there’s no telling if the Raptors will open next season at Scotiabank Arena.

While Tampa wasn’t Toronto, the coach said Florida life wasn’t all bad. Siakam and VanVleet talked recently about spotting alligators in their yards, which made for entertaining media sessions.

“We had everything we needed. Great facilities. Offices. Weight rooms. Training rooms. Film rooms. Beautiful arena,” Nurse said. “Obviously, everybody loved the weather. We weren’t used to weather like that … lots of sun tans, lots of sunglasses. I think people got on the golf course a little bit.

“It wasn’t a lot interaction with the community because of the [COVID-19] protocols. We weren’t allowed to do a whole lot, but our interactions with the people we did interact with was first class, professional, and very welcoming. For that we’re mighty thankful.” 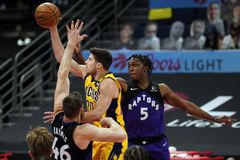 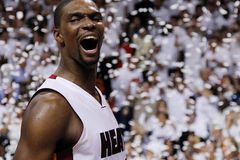 Toronto Raptors eliminated from this year’s NBA playoffs
May 11, 2021 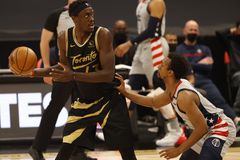