The Toronto Raptors took the court short on big men Monday night, and overcame a turnover-riddled first half, but still managed to keep their impressive win streak alive.

The Raptors toppled the visiting Minnesota Timberwolves 137-126 to claim a franchise-high 15th straight victory – the longest current win streak in the NBA.

D’Angelo Russell had 22 points in his first game as a member of the Timberwolves, while Karl-Anthony Towns contributed 23 points and 10 rebounds. Russell was acquired at the trade deadline in a multi-player deal that sent Canadian Andrew Wiggins to the Golden State Warriors. Monday’s contest provided the first look at the pairing of Russell and Towns – players who have known one another since they were teens. For the second-last team in the Western Conference (now 16-36), it means new hope.

The Raptors triumphed despite being very short-handed at the centre spot. Serge Ibaka sat out Monday’s contest with the flu, while Marc Gasol missed his seventh straight with hamstring tightness

The Raps didn’t know until 5 p.m. at their pre-game walk-through that Ibaka would be unable to play. That’s when 6-foot-7 Hollis-Jefferson was told he would start at centre, tasked with guarding 7-foot Towns. But he would guard just about every position on the floor throughout the night, and add three steals and six rebounds to his stat line.

“Holding your own ground, but they’ve got five inches on me, four inches on me, 30 pounds or so, 30 or 40 pounds on me. It’s definitely about being mentally tough,” said Hollis-Jefferson. “Having that resiliency coming where I come from, I was born with it. I inherited it. For those that don’t know, I’m from Chester, PA, thank you. I love a challenge at the end of the day.”

Lowry was back in action for the first time since he exited Friday’s game versus the Indiana Pacers with whiplash.

Lowry waved up at the applauding crowd inside Scotiabank Arena with a big smile when it was announced – just like he had two weeks ago when he eclipsed Jose Calderon (3770) to become the Raptors’ all-time assists leader (he now has 3,810).

Behind Lowry’s 14-point first quarter, the Raptors led 40-36 heading into the second.

But the home team struggled mightily to take care of the basketball throughout the first half – committing 15 turnovers, which cost them 18 points. The visitors pulled ahead and took a 75-74 advantage into the locker room.

Anunoby dominated the third quarter, exploding for 16 points and nabbing seven rebounds. Hollis-Jefferson pitched in for nine points as the Raps surged into the lead and went up 106-94 to end the quarter.

The most entertaining play of the third came in the closing seconds. Fred VanVleet and Hollis-Jefferson collapsed on Russell to steal the ball from him, then as Hollis-Jefferson streaked up the court, VanVleet flipped a quirky, over-the-head backwards pass to him, which he turned into a running dunk. The crowd went wild with Hollis-Jefferson eagerly waving his arms at them for more.

The Timberwolves yanked back that momentum inside the fourth quarter by hacking away at the lead. As has often been the case in recent Raptors games, it made things uncomfortably close early in the final quarter.

The Raps’ disconnected defence for much of the game began to grow more fluid late in the night and chemistry between this rarely-used combo of starters improved. Their switching got crisper, as did their communication, and they gained control. They blitzed Russell and didn’t allow him a single shot in the final quarter.

Siakam exploded for 14 fourth-quarter points on everything from deep three-pointers to dunks and jumpers. The Raptors broke open the game halfway through the quarter and never looked back. They had just five turnovers in the second half.

“I think these guys have proven enough that they can win. We’ve had a lot of injuries this year, but they just keep stepping up and playing and we’ve just gotten used to it,” said Raptors coach Nick Nurse. “You at least have to go out and give a great effort, give yourself a chance to win, and don’t let them play harder than you. If you think you’re under-talented or undersized or whatever, then you’ve got to take your energy and toughness up a notch and I think we’ve done that most nights.”

The Raptors now hold a 40-14 record. They’re still shy of the 18 straight wins tallied by the Milwaukee Bucks earlier this season.

“There’s a reason they’ve won 15 games in a row,” said Minnesota coach Ryan Saunders of the Raptors. “They play with a sense of urgency and have a great identity about them.”

The Raptors have just one game left before they split for the NBA all-star break, Wednesday on the road against the Brooklyn Nets. 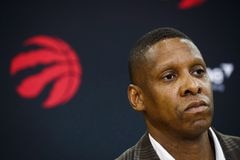