Minutes after the final buzzer sounded on the Cleveland Cavaliers’ 117-97 loss to the Toronto Raptors on New Year’s Eve – the team’s second 20-point loss to the NBA defending champions in two weeks – the visiting locker room chatter quickly turned to a slightly different cross-border rivalry.

Namely, whether fast food tastes better in the United States or Canada.

Brampton, Ont., native Tristan Thompson, the lone Canadian on the Cavs’ roster, maintained that occasionally greasy fast food in his home country is every bit as good as anything he can get in Cleveland. Georgia native Collin Sexton, however, while chewing on a piece of baked chicken from the post-game meal, was having none of it.

Either way, thanks to the rigorous preparations put in place by the team’s strength and conditioning staff, it’s a debate that the Cavaliers hope won’t actually be put to the test on game days.

Now in his 10th season with the Cavaliers, Millender has observed wholesale changes to the area of NBA nutrition, particularly as it extends to visiting teams. When he started as an assistant strength coach with the Cavs in the 2010-11 season, he says the thought of a visiting team catering a pregame or postgame meal was largely unheard of. The extent of NBA arena hospitality was a plate of peanut-butter-and-jam sandwiches, possibly accompanied by a bowl of fruit.

“So if you wanted a pregame meal you would have to order it from the hotel and bring it over with you,” he says. “Or we had players ordering food from concessions and they’d pay the ball boys to go grab chicken tenders and fries, or chicken wings.”

That has all changed during Millender’s tenure with the team, though. He credits ownership with taking a money-no-object approach to health and wellness, and at both the team’s arena and practice facilities in Cleveland, the Cavaliers now employ chefs and nutritionists who work in state-of-the-art kitchens.

But on the road, those factors are harder to control, particularly for teams constantly criss-crossing the continent on planes and buses and staying in a multitude of different hotels. For players such as Thompson, who was drafted by the Cavs in 2011, three years before LeBron James returned to Cleveland and they won a championship together, nutrition is every bit as important as blocks and rebounds.

It wasn’t always that way, however. During his one year at the University of Texas, he admits he lived on Wendy’s chicken nuggets and fries while turning himself into the fourth overall pick in the draft. But the return of James to Cleveland, combined with the team acquiring Kevin Love from Minnesota, helped instill better nutrition habits in the 6-foot-9 centre, who says his go-to meal now is a combination of chicken, rice and vegetables.

“It's very easy,” Thompson says, “especially when you see great players and you see what their regimens are, especially with Bron and Kev, with them being all-stars and being Hall of Fame players, the way they carry themselves, night in and night out, why not follow their lead with that stuff?”

With the Cavaliers now in rebuilding mode and the likes of James, Kyrie Irving and J.R. Smith gone, the 28-year-old has ascended to a leadership position on the team. And though he’s out of contract at the end of the season – putting his national team availability for June’s Olympic qualifier in Victoria in some doubt – he’s put himself in the best possible position, averaging a career-best 12.6 points and 2.2 assists while starting all 33 games.

How much of that is down to nutrition is a matter of debate, but Thompson isn’t about to undersell its effect on his career. In fact, as have many other players, he has hired a chef to cook at his house, removing some of the guesswork of tracking calories and nutrients once his games are done around 10:30 at night.

“It takes away the whole question and takes away from making bad decisions,” he says. “Because usually the things that are open late at night are not that good for you. So for me being able to have that opportunity, it’s the best investment I ever made in my career.”

For games in Toronto – which aren’t as frequent now as they were during the three consecutive years the Raptors and Cavs met in the postseason – Thompson also benefits from some home cooking of sorts.

Wellness chef Andrew Muto, who works with the likes of Connor McDavid and Steven Stamkos every summer at the NHL training camp run by Gary Roberts, has been catering for the Cavaliers for the past five seasons at Millender’s request.

Overhauling long-held nutritional habits wasn’t an overnight success story, however. The first time he catered for the team, much of the spread, which included organic Irish salmon fillets and quinoa, went untouched by the players, some of whom asked specifically for PB&J sandwiches instead.

Muto, who operates a catering business out of Vaughan, Ont., estimates that maybe 20 per cent of the food was consumed the first time. But he understands why. There’s a huge psychological aspect to food and eating, he explains, noting that food such as PB&J sandwiches gives some players the comforting feelings of childhood. But as with Millender and the Cavs, he has learned along the way, and now has players happily consuming pregame meals of salmon, kale and coconut rice.

While Millender tries to find wellness chefs in each of the Cavaliers road stops, he says that there aren’t many out there who have as much passion for food as Muto, who goes out of his way to try to replicate the jerk chicken that Thompson grew up with, for example, but with a baked, not fried, version.

“We try to always have a familiar protein and then a familiar carb,” Millender says. “Food means a lot to people. It’s a very special thing and if you come across as someone who doesn’t care it can be bad.”

For players such as Love, who readily admits he was “bigger” and “doughy” when he first came into the NBA fresh out of UCLA, figuring out the nutrition part of the game is a huge part of any success they might have. But he says that each player has individual needs, which makes it tougher.

“You see it from guy to guy,” Love says. “You can't just put something in a box and say, ‘This is what you have to eat,’ because I think everybody is slightly different in that respect.”

And whether it’s catered meals provided by local chefs such as Muto or food sourced at other establishments such as Impact Kitchen, a gluten-free restaurant with a pair of locations in downtown Toronto, Love says Millender’s approach brings a lot to the table when the team’s on the road.

“I went there after practice and it was so good and so healthy I was like, I’m going to order it so … my girlfriend and I had it for dinner last night and it was great,” Love said of Impact Kitchen, which has become something of a Cavaliers hangout while the team is in Toronto.

“So [there’s] no unhealthy options in these cities, you come to accumulate different [go-to] places and Derek has been huge in that.” 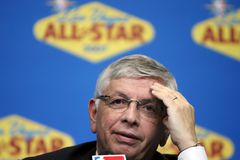 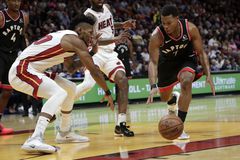 Power shift? The NBA’s Eastern Conference is loaded at the top, and will probably stay that way
December 31, 2019