Stan Van Gundy is out as Pelicans coach following just one season at the helm.

“This was a difficult decision as I have tremendous respect for Stan both personally and professionally,” Pelicans basketball operations chief David Griffin said Wednesday. “But we agreed it is in the best interest of our team to move forward in a different direction.”

The club described Van Gundy’s departure as a mutual agreement “to part ways.”

Hired last October, about two months before the start of a pandemic-delayed and shortened season, Van Gundy coached a Pelicans squad led by All-Star Zion Williamson to a 31-41 record. New Orleans finished in 11th place, two games out of the final Western Conference play-in spot.

Now Griffin will be hiring his second coach in as many season after firing Alvin Gentry last summer.

The next coach will be Williamson’s third since he entered the NBA as the league’s first overall draft choice in 2019.

Griffin had articulated higher hopes for Van Gundy when he hired the 61-year-old to oversee a roster in which most players were younger than 25.

Van Gundy spent parts of 12 pervious seasons coaching Miami, Orlando and Detroit, winning 58 per cent of his games and going to the playoffs eight times in that span.

New Orleans is one of six NBA teams currently with head coaching vacancies. The others are Orlando, Portland, Boston, Indiana and Washington. The Wizards, like the Pelicans, announced their opening Wednesday when they parted ways with Scott Brooks.

Griffin saw Van Gundy as “a proven winner,” as well as “a teacher and a very sincere, authentic human being who is going to build long-lasting relationships with our team.”

“It’s OK,” Ingram said. “This is our first year together. He has a different coaching style than I’m used to seeing from most.”

Griffin also had hoped Van Gundy would markedly improve the club’s defence, but New Orleans finished in 23rd in defensive rating (113.3 points per 100 possessions) after ranking 21st a season earlier.

Williamson largely thrived under Van Gundy and saw his role expand with a “point-Zion” experiment that featured the agile, 6-foot-7, 284-pound forward as the primary ball-handler. But Williamson also expressed dissatisfaction with the overall direction of the club at season’s end.

“Doing the same thing over and over and expecting a different result is kind of insane, so I’m not going to going to sit here and say we’re close,” Williamson said. “The reality of it is it was very disappointing not to be a part of the play-in tournament and stuff. But we just got to come in and just be better. That’s just me being real.”

Those comments ran somewhat counter to the narrative promulgated by Griffin, who saw his team as one that looked far more competitive that its record.

The Pelicans blew 14 double-digit leads and had a rash of late-season injuries to key players, including Williamson, before winding up just two games behind San Antonio for the final Western conference play-in spot.

Griffin also praised Van Gundy for being the only one of nine coaching candidates he interviewed last off-season “who saw point-Zion in Zion.”

Williamson will be eligible for an extension after next season. Without a new deal, the club could keep him for a fourth season by picking up a team option before he’d become a restricted free agent in the summer of 2023. So pressure is rising on Griffin and franchise to find a coach, and build a roster, in which Williamson has faith going forward. 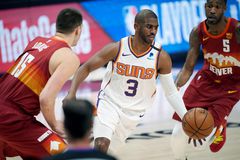 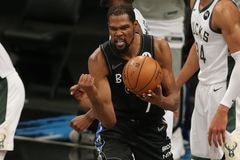 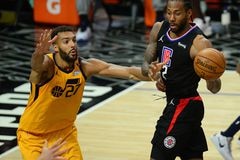