Midway through Kyle Lowry’s marathon 23-minute post-game Zoom session with the media, he took a FaceTime call from Drake.

If Wednesday was indeed Lowry’s last appearance as a Toronto Raptor, it’ll go down as a game with a little bit of everything.

Toronto’s six-time all-star had nine assists, eight points and five rebounds, and was a career-high plus-42 on the night, and the Raptors finally snapped their ugly nine-game losing skid with an emphatic 135-111 victory over the Denver Nuggets.

“It was kinda weird tonight not knowing what the next step would be, just with understanding there are things that could possibly be done [Thursday] ... but it was great to get a win,” said Lowry.

On the eve of the NBA trade deadline, the six-time all-star plus Norman Powell have been front and centre of numerous trade rumours. In Lowry, the Raptors would lose the player coach Nick Nurse said “plays harder than anybody I’ve seen. He’ll go down as the greatest Raptor ever, to date.”

Asked why he’s made hard work the trademark of his game, Lowry said: “You never know when the opportunity is gonna be your last time to play, right? You go on that floor, you never know when’s the last time you’ll play the game that you love and you’ve given your all to, right?

“I’m not the tallest, I’m not the most athletic and I’m not the fanciest but I play hard and it’s got me a long way, by playing hard,” said Lowry, wearing a white T-shirt with a red heart.

Jamal Murray of Kitchener, Ont., and Nikola Jokic had 20 points apiece for the Nuggets (26-18).

The Raptors built a 24-point first-half lead on sizzling shooting and better defensive hustle than they’d shown in awhile. They led 98-81 with one quarter to play.

A Lowry deep three-pointer, and three baskets from distance from Paul Watson, highlighted a 21-6 Raptors run in the fourth that had Toronto up by 29 points. Denver coach Michael Malone went deep into his bench soon after.

Lowry headed to the bench with 5:43 to play, and was greeted with hugs from teammates.

“We have been through a lot of things together and you want to keep that, you want to have that,” Siakam said. “But I think that goes beyond basketball. Again, a lot of memories.”

One thing missing was a Toronto crowd, since the Raptors are playing home games this season at Tampa’s Amalie Arena.

“It’d be nice but he wouldn’t know anyway, right, it’s not like they can give a final standing ovation to anybody because nobody knows what’s going on [at the trade deadline],” Nurse said. “One thing is pretty much sure, these guys have a place in Raptors fans’ hearts or whatever.

“So if they do move and they come back some time there’ll be a time to give him that round of applause, hopefully. Jeez, I hope so. I want to get back home and play a home game in a full sold-out arena in Toronto, sounds pretty good right now.”

Lowry opened his post-game media session by heaping praise on the all-female broadcast. All five broadcast positions were filled by women for the first time in NBA history.

“I heard it was unbelievable,” Lowry said. “Kayla, Kate, Amy, Meghan and Kia, I heard you did a great job. So shoutout to those beautiful ladies. It’s a huge step in our league and in our organization”

Meghan McPeak did the play-by-play, while Kia Nurse of the Canada’s national team and the WNBA’s Phoenix Mercury, provided analysis. Kayla Grey was the sideline reporter while Kate Beirness and Raptors 905 analyst Amy Audibert were the in-studio hosts.

The Raptors began the night mired in their longest losing streak in a decade and dogged by mishaps, including a COVID-19 outbreak that sidelined Siakam, Anunoby and VanVleet for nearly three weeks.

Siakam’s frustration boiled over after Nurse sat him for the fourth quarter of Sunday’s loss to Cleveland. The Raptors disputed a report Siakam was fined $50,000 for his angry outburst, but Nurse said the Raptors’ front office is dealing with his discipline.

They looked intent on ending that streak from the opening whistle Wednesday, connecting on their first five three-pointers of the game. They had seven in the opening quarter to lead 38-30 heading into the second.

Anunoby led the way with 13 points in the second as the Raptors built a 24-point lead. Toronto took a 72-54 lead into the halftime break.

The night also provided Nurse a close-up look at Nuggets guard Murray, who he hopes to coach as part of the Canadian team this summer. Canada must win a last-chance qualifying tournament to earn an Olympic berth.

“[Murray] has been really positive and proactive even about saying how badly he wants to play for Canada,” Nurse said. “He’s really smart. He’s found a couple things he’s doing when teams are doing some certain things to him that he’ll shift into another gear. Again, he’s smart, he’s intelligent. I’ve been impressed with the kind of quick learning-curve growth that he’s made to keep giving himself opportunities.”

The game was the first of a three-game homestand. The Raptors, who’ve played more road games than any other team in the league, play just five games on the road in their next 18. 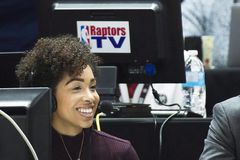 Opinion
The struggling Raptors have some big decisions to make, and very soon
Subscriber content
March 23, 2021 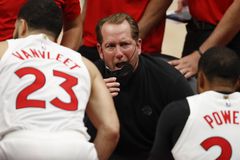 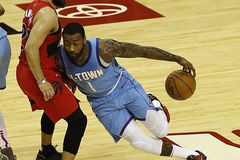