The Toronto Raptors were scheduled to see their families inside the NBA’s Orlando bubble on Monday for the first time since they left home. Fred VanVleet said the timing for that pick-me-up was pretty good.

The Raptors suffered a 112-94 Game 1 loss in the opening game of their second-round series with the Boston Celtics on Sunday. It was their first game back after an emotional week in which NBA players boycotted games in protest of systemic racism, then built a plan of action with the league and doubled down in their commitment to being spokesmen for racial equality.

Players in the second round of the playoffs are allowed to bring in their families after they pass a quarantine period. The Raptors have been without theirs since they left for their own training camp in Naples, Fla., two weeks ahead of all teams arriving in Orlando in late June.

“I miss my family. Family is huge for me. It’s been a while. I think the last time I saw them was Father’s Day,” VanVleet said on the team’s video call with media. “And right on time after getting our butts kicked yesterday. So that’ll kinda take my mind off of it for a little bit [Monday], and then I’ll get prepared and get locked in for the game [Tuesday].”

Describing the mood of the group following that loss, Raptors head coach Nick Nurse said, “We’re not happy and we’re a little pissed off and we should be. We’re not proud of anything we did yesterday.”

Nurse said he finds it tough to predict how things will impact his players in these unprecedented times. Not all of the players chose to bring their families inside the bubble. But the coach said he hopes family members have an uplifting effect on the team.

“I’m glad and I’m sure there’s gonna be a lot of love and joy for these guys for the rest of their day today and part of tomorrow, which they certainly need,” Nurse said on Monday. “Hopefully that will translate to the court. And if it doesn’t? I don’t know if that matters or not, but you’ve got to go play, and we’ve got to play better and play a lot harder.”

The Raptors shot 36.9 per cent from the field on Sunday, and made just 10 of the 40 shots they attempted from three-point range. Nurse said there were problems with his team’s speed and pace. They weren’t running hard enough or cutting efficiently enough. Against a team such as the Celtics – undefeated in these playoffs after their sweep of the Philadelphia 76ers – there is little room for error.

“You understand that there’s gonna be a game like that probably. You hope that it doesn’t come. But it did,” VanVleet said. “Now it’s our job to make sure that it doesn’t happen again. You probably can’t survive more than one of those.”

Teams have plenty of time inside the bubble to watch other playoff games. Nurse, who doubles as the Canadian men’s national team coach, has – as many people across the NBA – been dazzled by the recent jaw-dropping play of Kitchener, Ont.’s Jamal Murray. The Denver Nuggets star, playing with the faces of George Floyd and Breonna Taylor, two Black Americans who were killed by the police, painted on the sides of his shoes, scored 50 points on Sunday in a series-tying victory over the Utah Jazz. It was Murray’s second 50-point performance of these playoffs, in addition to his 42-point showing.

“He’s really on a huge tear. And, I don’t know, more than the scoring and everything, I just love the competitiveness. I think from watching him play, man, he’s really trying to do everything he can to help his team win,” Nurse said of Murray. “So, pretty cool to watch, that’s for sure. Heck of a player, man. Heck of a competitor.”

Nurse was asked if he ever imagines what this summer could have been like if the COVID-19 pandemic didn’t hit, and he was leading a team at the Tokyo Olympics full of Canadian talent such as Murray.

“I pray every day that there’ll be a Tokyo someday. You know what I’m saying? I mean, I think for everybody around the world, that means that things are moving again,” Nurse said. “It’s hard to dream about being on the medal podium when you don’t know if you’re going to ever go. Right? That’s what I’m saying. Let’s all keep trying to pray, or [have] positive thoughts that those games will take place at some point.” 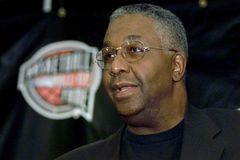 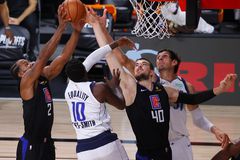 ‘Nothing was going right,’ Nurse says as Celtics flummox Raptors in Game 1
August 30, 2020 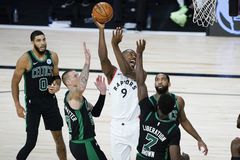