Brown, who appeared in 14 games for the Raptors this season, now has a standard NBA contract, the team said in a release.

He scored a season-high 11 points in Monday’s win over the Detroit Pistons.

Brown was named MVP of the NBA’s developmental league after averaging team highs of 18.8 points, 8.9 assists and 1.78 steals over 32 games for Raptors 905 this season.

Toronto has wrapped up the top seed in the Eastern Conference standings and will open the first round of the playoffs at home against either the Milwaukee Bucks, Miami Heat or Washington Wizards.

Postseason matchups were to be made final once regular-season play concluded on Wednesday night. 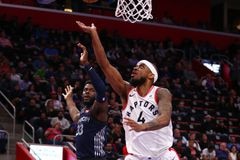 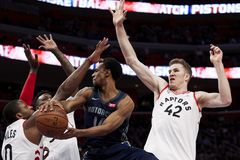