Through three games, the Toronto Raptors are still winless.

The Raps led most of the night in Philadelphia on Tuesday, before they lost their third straight game, 100-93 to the 76ers.

Joel Embiid scored 29 points and grabbed 16 rebounds, and Tobias Harris added 26 as they roared back to seize a game the Raps once lead by 14.

Kyle Lowry was Toronto’s top scorer, putting up 24 points in his hometown with nine assists and eight rebounds. OG Anunoby and Pascal Siakam scored 20 apiece. The 76ers improved to 3-1, while the Raps remained the lone winless team in the Atlantic Division.

The last time the Raptors dropped their first three games of a season was November 2005, when the club opened the campaign with nine straight losses.

Lowry called it growing pains, explaining that adding new players and new responsibilities with the truncated off-season and pre-season was tough. They’re still figuring it out.

“We’re not on the same page but we’re working towards that,” said Lowry. “We don’t have time to waste no more, we’re 0-3 and we need a win really, really bad.

Taking place at the Wells Fargo Center in Philadelphia, it was the first of four this season between the two Atlantic Division teams. With no fans in the stadium, there was little of the atmosphere that made it such a loud and raucous fortress during the memorable playoff series between the two foes in 2019.

The Raps no longer have the two men who defended Embiid in that series, Marc Gasol and Serge Ibaka.

A trio of straight three-pointers mid-way through the first quarter put the Raptors into the lead.

Nick Nurse mixed things up off the bench, giving two guys their first real opportunities of the regular season based on matchups. Instead of using Chris Boucher (who was fresh off a career game Sunday, and Matt Thomas) he called on 7-foot free agent centre Alex Len to help on Embiid, and little-used guard Stanley Johnson to pitch in on Harris and Ben Simmons. Nurse tried them in the first quarter, and he kept calling on them throughout the game.

Both played over 21 minutes. Johnson – who averaged one minute of playing time last season and appeared in only 25 games for the Raps last year -- had one of Toronto’s most exhilarating moments of the game. He launched unexpectedly in from outside the paint to rebound a missed Len free throw and dunk it. Johnson scored seven points and had eight rebounds, while Len had two points and five boards.

“It’s the NBA. You show up to work every day to play. You go through your practices and stuff, and you want to get out there and play,” said Johnson who is in his sixth NBA season, his second with the Raptors. “So I try to go hard every day regardless if there’s an opportunity or not, hoping my number gets called.”

Johnson impressed Nurse – who said he may be in line for the backup three or four spot. He also impressed the longest-standing Raptor.

The Raps were humming early – creating for one another, shooting well, and getting scoring from lots of different players. They took a 28-17 lead into the second quarter.

Dissatisfied with their defensive performance in the first two games, the Raps buckled down early against the 76ers, holding them to just 27.5 percent shooting in the first half. Early on, they were making Embiid score most of his points at the free throw line.

Embiid, who missed Sunday’s game versus the Cleveland Cavaliers due to back stiffness, left Tuesday’s game briefly clutching his right leg in the third quarter. But he wasn’t gone long before he returned. Embiid, Tobias Harris and Seth Curry all got hot, and Philly tied up the game 76-76 going into the fourth.

It remained a very tight contest down the stretch, with Philly pulling ahead. Siakam fouled out with half a minute left to play and his team trailing by five. Just then, the Rocky theme song echoed over the speakers inside Philadelphia’s stadium.

“Just letting our foot off the pedal and just not keeping the same urgency that we have when we’re going on our runs, getting these big leads,” said Anunoby. “Um just relaxing I guess. And then, yeah, we just lose our urgency. We’ll get it figured out.”

Siakam looked frustrated leaving the floor after an 8-of-23 shooting night from the field. He couldn’t get much going late in the game. VanVleet hit 3-of-12 for eight points, and starting centre Aron Baynes hit 1-of-8 for just two points.

The final seconds seemed to take an eternity, dragged out by whistles, timeouts and complaints to officials. But the Raps didn’t edge the score any closer.

“I think there’s a little bit of unsettledness with the team. I think it’s evident with a lot of the guys’ offensive play being so erratic. I think some of that is carrying over to the other end,” said Nurse. “We’ve played some great moments in all the games. Tonight, that was probably 30 really good minutes.”

That concludes a two-game road trip for the Raps. Now they prepare to host two in Tampa, against the New York Knicks on New Years Eve, then the Boston Celtics on Monday. 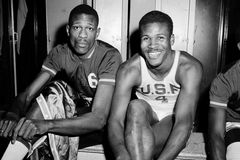 In Lowry, VanVleet, Siakam and Anunoby, the Toronto Raptors have a core they can rely on
December 22, 2020 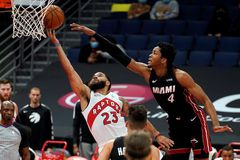 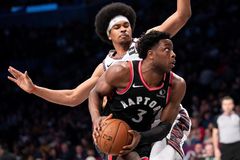