The Toronto Raptors will play their home games in Tampa when the new NBA season begins next month.

The team confirmed the news Friday, saying it tried to work with public-health officials on all levels to allow the team to play on its home court at Scotiabank Arena in Toronto, but ultimately came up short.

“The current public-health situation facing Canadians, combined with the urgent need to determine where we will play, means that we will begin our 2020-21 season in Tampa,” Raptors president Masai Ujiri said in a statement.

Ujiri, in an open letter last week, had made an impassioned plea for the team to play at home. But the club was in a time crunch to solidify its home base, with training camps slated to start on Dec. 1 and games beginning on Dec. 22.

“We want to thank all levels of government and their public-health officials for their dedication to this process and for looking after the health of Canadians,” Ujiri said in Friday’s statement. “We commit to continuing our work together, planning for a safe return to play in Toronto. And as an organization, we remain committed to doing all we can to promote and demonstrate public-health measures to help combat the spread of COVID-19 in Canada.”

The Raptors had hoped to start the 2020-21 campaign at home despite rising numbers of COVID-19 cases at home and in the United States. But the decision was written in the spikes in cases, the Canadian government’s restrictions around cross-border travel and the mandatory 14-day quarantine for people entering Canada.

It proved too much for the country’s only NBA team. And “We the South” was trending on Twitter on Friday soon after the news broke.

The Raptors will play out of 20,500-seat Amalie Arena, home to the Tampa Bay Lightning.

“I’m sure I speak for everybody in the city of Toronto, we’ll support the Raptors wherever they’re playing because they’re our Raptors,” Toronto Mayor John Tory said Friday. “And Tampa Bay shouldn’t get any ideas in that regard, they’re our Raptors and they will be our team.”

Toronto was the first NBA team to arrive in Florida last summer to begin preparations for the restarted season inside a bubble at Walt Disney World near Orlando. The Raptors began with a training camp at Florida Gulf Coast University in Fort Myers, then went to Disney a couple weeks later – doing so because the virus and travel rules would have kept them from getting their team together in Canada.

And now, they’re on their way back to the Sunshine State, which had 9,085 new COVID-19 cases on Thursday and is third-highest in total cases among U.S. states.

The league will release the first half of the schedule around Dec. 1; the second half is likely to come in January or February, and there is a possibility that the team – for now, anyway – could return to Toronto at that point.

“So we’ll be away from our home and our fans for now,” Ujiri said in his statement. “They say absence makes the heart grow fonder. I’m not sure that’s possible for us – we love Toronto and Canada, and we know we have the best fans in the NBA. For now, I’ll ask you to cheer for us from afar, and we’ll look forward to the day we are all together again.”

Tory said the city was “going to work hard with public health and with the Raptors and everybody else to make sure that in the spring or late winter we might be able to get them back here. And so, if people can just get on board, and get this virus wrestled to the ground, it’ll be no problem getting them back, and we want them back and they will be back, and they’re going to win.”

The 2019 NBA champions haven’t played a home game since a 99-96 loss to Charlotte on Feb. 28. A couple of days after returning from a five-game western road trip, the league shut down owing to COVID-19.

They’re familiar with Florida. Just before the season resumed, they held a camp in Fort Myers – a sort of pre-bubble bubble. The season restarted July 30 under strict health protocols at a sealed-off complex at Walt Disney World near Orlando, and was deemed a success with no positive coronavirus tests.

The Raptors join the Toronto Blue Jays, Toronto FC, the Montreal Impact and the Vancouver Whitecaps, who played most of their respective seasons south of the border.

The Raptors are in the thick of a very condensed and hectic off-season. In addition to settling their location, they navigated the NBA draft earlier this week, and now free agency kicks off this weekend. Key Raptors slated to hit the market include Fred VanVleet, Serge Ibaka and Marc Gasol.

With a report from The Canadian Press and The Associated Press 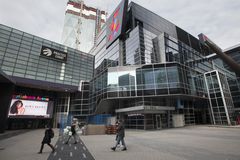 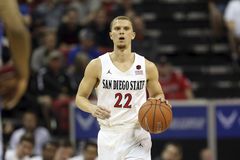 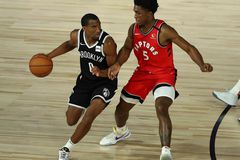