Duke’s men’s basketball team hadn’t travelled on an international preseason tour in ages. It’s fitting that when they finally did, it’s virtually in R.J. Barrett’s backyard.

A month after Barrett departed for his new campus in Durham, N.C., the 18-year-old from Mississauga arrived home with his new teammates in tow. Duke will play a three-game exhibition series, facing the Ryerson Rams on Wednesday and the University of Toronto on Friday in a pair of sold-out games at Paramount Fine Foods Centre in Mississauga.

They’ll travel to Montreal to play McGill on Sunday to wrap up the tour.

And if Barrett has anything to do with the itinerary?

Barrett is the centrepiece of the NCAA’s consensus No. 1 recruiting class, along with freshmen teammates Zion Williamson and Cameron Reddish. Krzyzewski had Barrett on his radar for years, but when the Canadian forward reclassified last summer, announcing he planned to come out of high school a year early, Krzyzewski and staff had push the button on Project Recruit Barrett.

“You went from the right lane to the express lane right away in recruiting him,” Krzyzewski said Monday. “All of a sudden now R.J. is part of their class, and then how does that fit in, and then it ended up fitting in real well. But we had to ramp it up then. But we’ve known about [Barrett], I can’t say exactly, but a long time. He’s just been that good.”

Barrett was sandwiched at Monday’s news conference at a downtown hotel between juniors Javin DeLaurier and Jack White. The two were asked about navigating the unique combination of a high-profile group of freshmen and upperclassmen.

“We’re kind of used to having high-profile freshmen coming in just based on the university that we go to and the fact that we play for Coach K. What’s been really special about this group is how mature and together they are,” DeLaurier said. “For a freshman group, they’ve come in and done everything that is asked of them. They’ve worked super hard, willing to listen and to get better, which has impressed not only myself but the rest of the upperclassmen.”

NCAA rules dictate teams can take an international trip once every four years. It’s been a long time since Krzyzewski could commit to a summer trip because of his 11 years at the helm of the U.S. national men’s team. Krzyzewski had knee-replacement surgery last summer, scuttling a planned trip to the Dominican Republic.

The 71-year-old coach spoke to reporters for more than half an hour at Monday’s press conference at a downtown Toronto hotel. His hands were weighed down by two diamond-encrusted championship rings the size of jawbreakers, one on each hand. He actually doesn’t have enough fingers for all of his championships – five NCAA titles, and six gold medals with the U.S. men’s team.

The coach had kind words for Toronto and Canada. He can’t recall his first trip to Toronto, but said it was a speaking engagement at “one of the beautiful museums here.”

“I didn’t realize what a great city Toronto was, and also multicultural, like a world city,” the legendary coach said. “And not just a great Canadian city, but a world city that really opens its arms to all different types of cultures.”

Krzyzewski said he knows little about the three U Sport teams the Blue Devils will face beyond the coaches. He referenced Ryerson coach Roy Rana’s role as head coach of both Canada’s Barrett-led team that won gold at the U19 Cup, and Hoop Summit squads.

“Basketball in Canada is terrific, there are so many U.S. colleges that benefit right now from Canadian basketball players playing, and it’s just going to get more and more, with Steve Nash in charge, Jay [Triano] as the national team coach and the organization that they have,” Krzyzewski said. “There’s a really good culture that’s developed of development, and class.” 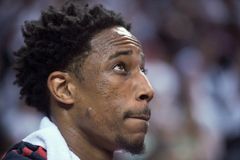 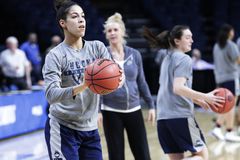 Kawhi Leonard thanks Spurs fans in first statement since being traded to Raptors
August 9, 2018 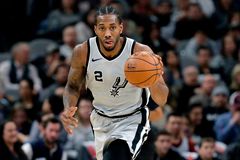