Vince Carter has been at it so long, it’s begun to feel like he played with Bill Russell and Bob Cousy. It’s as if the guy wore Toronto colours back when the city was called York.

But with apologies to the current generation of champions, Carter somehow still emblemizes the Raptors, long after leaving.

He was the first, the best and the most disappointing. He was beloved, reviled and then accepted on his own terms. He was Toronto basketball’s prodigal son.

The average length of an NBA career is five years or so. Even legends don’t last a whole lot longer. Larry Bird was at it for 13 seasons, and the final few were injury-plagued washouts. Michael Jordan? Fifteen seasons, and everyone is trying very hard to forget the last two happened.

Carter played for 22 years. In January, he became the only player in NBA history to suit up in four different decades.

Over the course of that time, he went from the next Jordan, to (exceedingly briefly) the current Jordan, to the next Judas, to the next best-who-never-won-it-all, to a wistful journeyman who seemed content just being happy in his work.

A few people get the opportunity to climb to the top of the NBA ladder. Far, far fewer get to climb back down at their own pace. That alone makes Carter’s career remarkable. That in his prime he could do things around a basketball hoop that seemed to defy a couple of Newtonian laws was the other thing.

Carter announced his departure on a podcast he does with The Ringer. During it, he sounded somewhere between elated and nostalgic. The episode had the same vibe you get when you attend someone’s retirement drinks – an almost hysterical giddiness, with the certain knowledge that the emotional crash is a few days off.

As part of the wake, Carter was asked to list off his favourite memory of each of the many, many teams he has played for.

For instance, the University of North Carolina (sadly, still the best basketball outfit Carter was ever part of, and I’m counting the professional ones).

Carter zeroed in on a dunk he’d famously missed. He went on about that for a while.

This is Carter’s overriding memory of his time in Toronto:

“Being drafted obviously. That’s obvious. So I’ll say the dunk contest. Being able to go and represent … well, I have to back up. Winning rookie of the year was first. That was unbelievably insane for me. And then the dunk contest. And then winning the first playoff series ever in franchise history. … And I think scoring 50 points. Playing against Phoenix on national TV for the first time and I score 50 points would be the other one. And I’m sure there are more. There are so many.”

That’s a lot more than one thing.

If you’re a cynical sort, you’ll remember a couple of other key moments with Carter. That time he flew to his college graduation the day before what was then the biggest game in Raptors history. That time he missed the shot against Philadelphia. That time he decided to break up with Toronto without bothering to leave a “Dear Toronto” letter on the mantelpiece.

Neither he nor we could know that that was sort of the end for him.

Carter would get within two games of an NBA Finals with Orlando, but by that point he was a second-fiddle.

Shortly thereafter, he was a third, fourth and fifth fiddle. In recent years, he wasn’t even sitting with the orchestra any more. He’d become a character guy, a guy whose biggest professional asset was that he was unlikely to do something stupid with the ball.

When I think of Carter, he is frozen in amber three feet off the ground at the Slam Dunk Contest ahead of the 2000 NBA All-Star Game.

Going into that competition, Carter was a 23-year-old rising star. Coming out of it, Carter was the most exciting ballplayer on the planet.

He did things in that dunk competition that have never been matched. In particular, the reverse 360 that led it off. It looks simple when he’s moving through the air in real time. Then you break it down in slow-motion and realize it is so balletic that Nijinsky would have been jealous. If they could put physical movements in an art museum, that Carter dunk would be hung beside the Mona Lisa.

Carter was so great that night, the dunk contest lost all meaning. No one ever came close again.

If you happened to watch it live, it probably ranked as your greatest Raptors memory for two decades. As a Toronto basketball fan, it made you feel something you had never felt before – pride.

That’s Carter’s lasting contribution to the Raptors. He made it okay to like professional basketball in Canada.

He made you believe that if you admitted to an American that, yes, you were a Raptors fan, you wouldn’t feel quite as terrible when they laughed at you (because they were still going to laugh at you).

Basketball had been in Canada just as long as it had been in the United States, but it didn’t really arrive until that night.

The echoes of it are still being felt. The Canadian invasion in the NBA? The Jamal Murrays, Andrew Wigginses and RJ Barretts? The throwback jerseys? Drake? Jurassic Park? The wherewithal to build a championship team? Canada as a basketball power in its own right?

Carter didn’t lay the whole foundation, but he threw in the first few bricks. That’s why people forgave him for leaving so poorly. Because they needed time to see the whole picture emerge.

After he won that dunk contest, Carter was interviewed at courtside. He was asked how his performance compared to giants such as Jordan. He didn’t yet know all the small professional missteps and disappointments that awaited him.

“Maybe one day, I’ll look back at the tapes [ed note: ‘tapes’!] and compare,” Carter said. “But I’m not gonna compare. I’ll let the elders compare.”

He’s an elder now. This is that one day. And it’s as good a time as any to compare.

You’d have to say, in the totality of things, Carter didn’t reach the metaphoric heights he’d expected. Instead, he hit others, some you might even say were higher. 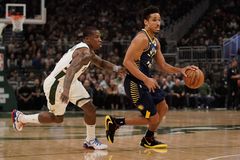 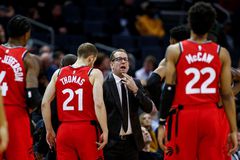 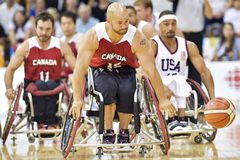