Golden State is still the favourite for a fourth title in five years.

Milwaukee, Toronto, Indiana, Boston, Philadelphia, Oklahoma City and Denver can all go ahead and cancel those mid-April vacation plans if they were foolish enough to have made them in the first place.

For LeBron James and Dwyane Wade, some work awaits.

The all-star break ends Thursday, with about one-third of the season remaining for most clubs – and that means the playoff push now gets very serious. Nobody has officially clinched a spot yet, though it would take a highly improbable series of events for the current top teams in the Eastern and Western Conferences to miss the postseason.

“Every year is a new challenge, different circumstances,” Golden State guard Steph Curry said. “We are motivated. We understand what’s at stake.”

James has been to the NBA finals in each of the last eight seasons, all out of the East – four with Miami, four with Cleveland. His Los Angeles Lakers currently are 10th in the West, three games behind the Clippers for the final playoff berth.

James has been to the playoffs in 13 consecutive seasons.

“I hope that first off, we all get healthy,” Lakers president Magic Johnson said. “This has been one of the worst seasons I’ve ever been around Laker basketball as far as injuries are concerned. When we were healthy, we were in fourth place. Now we’re like 10th place. But when you’ve got LeBron James, anything is possible.”

The Miami Heat are part of a six-team, three-spot race in the East, and Wade is hoping for one last postseason trip out of his 16th and final season. Heat president Pat Riley said he thinks the way the Heat ended its pre-all-star schedule – with a 2-3 road trip, though one where Miami could have won four of the games – is a good sign.

“It looks as though there’s something happening here,” Riley said.

Sacramento is right in the race to end the NBA’s longest current playoff drought; the Kings haven’t been to the postseason since 2006. Phoenix’s drought will hit nine straight seasons, but Orlando – currently holders of the third-longest drought at six seasons – hit the break with a five-game winning streak and is in the East mix.

“I think we feel good about ourselves,” Magic all-star forward Nikola Vucevic said. “I know we have good confidence.”

Here’s some other things to know going into the final third of the season:

In scoring, at least.

Unless every team drastically changes the way it plays over the next two months – which won’t happen – the league will finish this season with its highest scoring average and fastest pace in 30 years.

The NBA is on pace to see records in three-pointers made and three-pointers attempted. If that sounds like an annual statement, it is: This will be the seventh consecutive season where both marks fall.

Houston’s James Harden has a shot at the record for threes in a single season. He has 274 (which would be fifth-best for a season already), putting him on pace for 401 if he plays in all 25 of the Rockets’ remaining games. Golden State’s Stephen Curry holds the mark with 402 makes from deep in 2015-16.

Harden seems like a lock for the threes-taken record – Curry took 886 in his record-setting year, Harden has 733 now and is on pace for 1,072.

The Houston all-star is in the throes of a historic offensive season.

Harden’s current scoring average – 36.6 points a game – would be eighth-best all-time, and the best mark since Michael Jordan averaged 37.1 points in 1986-87. Jordan (once), Elgin Baylor (once) and Wilt Chamberlain (five times) are the only players to finish a season with a higher average than the one Harden is toting now.

Harden leads Oklahoma City’s Paul George by 7.9 points a game in this year’s scoring race. That is an enormous number. To put that in perspective: If George stays at his current scoring rate, 28.7 per game, Harden would remain the NBA’s scoring leader even if he went scoreless in each of his next 14 games.

Already with 43 wins this season, it’s already safe to say this the best year for Milwaukee in a long time.

“The fans there, the energy in our arena, it’s off the charts,” Budenholzer said. “New practice facility, a roster that’s in a great place, ownership, front office – everything is just really, really set up to have great success.”

David Fizdale, the very likable and highly respected first-year Knicks coach is overseeing a team that’s on pace for 16 wins – which would be the worst record in franchise history. Obviously, it’s all about the draft and free agency for the Knicks, who are in position to be major players when the NBA’s annual superstar-shopping window opens on July 1.

Phoenix is also on pace to have its worst season ever. Chicago and Cleveland probably won’t hit all-time rock bottom, but look like they’ll come close. In all, four teams will likely finish the season with a winning percentage under .250 – the most since six teams were that bad in the 1997-98 season.

The draft lottery is May 14, and that’s when the Knicks, Suns, Bulls and Cavaliers could declare this season’s suffering worthwhile.

Why the next step for for gender equality in the NBA is hiring more women in positions of power
Subscriber content
October 9, 2018 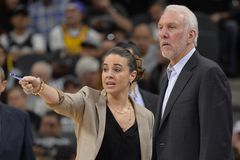 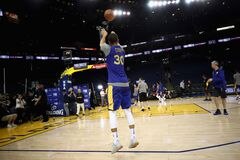 NBA hopes changes to the draft lottery will lead to a tank-less future
May 14, 2018