At some point, you’ve seen the meme. A dishevelled weirdo stands in front of a corkboard covered in photos connected by string and waves his arms: “This explains everything.”

On Monday morning, NBA watchers were discussing a variation on this theme with a blurry black-and-white photo of Kyle Lowry in the middle of the web.

Three teams were in on the Greatest Raptor Ever at the trade deadline – Philadelphia, Miami and the Lakers.

All three considered themselves serious contenders. All three needed a veteran with ball-handling skills. All three passed on Lowry. As of Sunday night, all three have been eliminated from the playoffs.

It’s also a spin on the Prisoner’s Dilemma. If those teams pooched themselves, so did the Raptors.

Once the trade deadline passed, Lowry took the rest of the season off and the Raptors could not get their tanking ducks in order. That whole shmozzle would have been a lot simpler with Lowry out of the picture.

The draft lottery is Tuesday. If Toronto manages to bump its way up into the Top 3, it will have turned out it handled all of this perfectly. If the lottery balls roll the other, more likely way, it screwed it up. So we’ll see.

Still, it’s notable that Lowry – an aging presence whose all-star days are behind him – is a focus of discussion. It flies in the face of the going wisdom in the NBA – that the league is divided into two, unequal halves. There are the teams who have lucked into, bought or schemed to acquire one or two major superstars; and all the other teams. The difference is an unbridgeable chasm.

Just a couple of weeks ago, The New York Times did a big feature on Kevin Durant and the supergroup he plays for, the Brooklyn Nets. The piece was headlined: “Kevin Durant and (Possibly) the Greatest Basketball Team of All Time.”

As it turns out, not even close. Two of the Nets’ three stars got injured. They were dumped out of the playoffs by Milwaukee. By chain of logic, the Bucks are now (possibly) the Greatest Basketball Team of All Time.

What does all this prove? Only that there are now two roster goals for NBA teams.

The first is building a team that wins a championship. Precious few teams can do that. Recently, one or two clubs have tended to hog that superlative for long stretches – say, the Golden State Warriors, or whatever team LeBron James has chosen to be on that year.

That has forced an adaptation to a second roster goal: building a team that looks and sounds like a winner. This sort of team doesn’t have to win. That sort of team may have no real chance of winning. It just has to appear as if it might.

The Philadelphia 76ers are an example of this idea.

Based on their record, the 76ers are stone-cold losers. After a deep tank – I mean, a Marianas Trench of a tank – Philadelphia was rebuilt with a core of young, high-end draft talent. A couple of those guys were tagged early as generational stars. In the four years since their resurfacing, the 76ers have won a total of three playoff series. That isn’t terrible, but it is miles and miles from being anywhere close to good.

Yet the 76ers will continue to be perceived as a winning team because they have a big name on the roster sheet.

People no longer assess an NBA team by its regular-season record, its perceived levels of heart or the quality of its coaching. They will only believe the team is worth supporting if they can look at the game program and say, “Hey, I know that guy.”

Down in Dallas, they’re having a few issues. The Mavericks are a fun team and a promising team, but they are four or five beers short of a six-pack.

However, that’s no problem because they have Europe’s Dennis the Menace, Luka Doncic.

As long as the Mavericks have Doncic, they’re fine. Unsurprisingly, Doncic isn’t totally on-board with this “losing is okay as long as I’m here” strategy. With restricted free agency on the table, he is reportedly feeling a little frisky.

Dallas is more likely to change the team name to the Dead Kennedys than it is to trade Doncic. Why? Not because the team is so committed to winning right now. If they were, you’d see the results out on the court.

Dallas won’t trade Doncic because he is the entirety of their marketing outreach. If he leaves, the team gets buried in the public imagination for the foreseeable future.

This is the real power of the modern NBA superstar. He can redeem a mediocre franchise by his mere presence, even if – and this is the important part – the team remains mediocre.

Teams fought this shift in influence from club to player for a while, but around the time of James’s second “decision,” they gave up.

So why wouldn’t those other teams pull the trigger on a Lowry trade? Because they were terrified that in committing to win right now – ostensibly, what every sports team wants most of all – they might mistakenly surrender a young player who becomes one of those superstars later on.

As long as your NBA team looks right, losing is fine. Giving up a player like that is not fine. That’s how team presidents get fired.

Usually, the superstar strategy works. This year, it may not. One of the remaining teams has that sort of player (Milwaukee), two might (Atlanta and Phoenix) and one is currently missing theirs (Los Angeles Clippers).

Winning a championship remains the major goal. But a very close second for all four teams is establishing one of their stars as an elite difference-maker in the NBA hive mind. Can these teams turn one of their guys into a Kawhi Leonard?

A championship gives management a season or two of cover. But if you come up with the next Kawhi and keep hold of him, he can buy you a performance mulligan that lasts years and years. 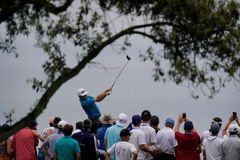 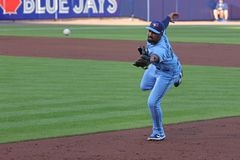 Opinion
After bad week for the Blue Jays, the team’s problems are apparent
Subscriber content
June 18, 2021 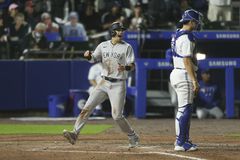