Danny Green keeps looking at his phone and finding well-meaning – but not super helpful – messages from people trying to help him out of his shooting woes.

The Raptors starting shooting guard has not lost his sense of humour despite a slump that has hit him at the worst possible time. He still kidded with a reporter Monday whose cell rang embarrassingly in the middle of a press conference. Then he teased that perhaps the reason the Toronto police did not make a single arrest during Saturday night’s wild postgame fan celebrations was because they’re so nice.

Green can still joke around despite going scoreless in the last two games of the Eastern Conference Finals on a combined seven shots against the Milwaukee Bucks – and just 17.4 per cent over all in that series. In the six games, the Raptors’ three-point specialist averaged just 15.3 per cent from beyond the arc.

During the regular season, while several of his teammates were injured or taking load-management nights, Green played night after night, steady and consistent. He averaged 10.3 points on 46.5-per-cent shooting – 45.5 per cent from three-point range – starting 80 of Toronto’s 82 games.

So it’s been jarring to see Danny (Money) Green miss big shots in big games. The crowd tried to give him a lift, cheering his name as he launched three-balls Saturday against Milwaukee with a trip to the NBA Finals on the line. But they just wouldn’t fall for the veteran of 10 NBA seasons.

Green has something most of his teammates don’t: postseason experience against the Warriors, having faced them in 2013, 2017 and 2018 as a member of the San Antonio Spurs. The Raps are making their maiden trip to the NBA Finals, and Green and Kawhi Leonard have both been there twice, winning a ring on the second trip.

The Raptors kept Green in the starting lineup in the conference finals, but his minutes scaled way down in the last few games as Powell and Fred VanVleet started shooting hot. He has been trying to focus on doing other things well for the team.

“More so than anything, I let my defence fuel that side of the floor for me,” Green said. “Be active, try and get in passing lanes, get some rebounds, box out, get into guys and then offensively just run and hopefully build my rhythm back that way. But just keep shooting, don’t think about it, and try to block out the noise from the media, your inbox, and everybody else that tells you not to think about it.”

Nurse watched VanVleet flip the script and go on a scoring spree in the last few games against the Bucks after he had suffered a shooting slump that dated back through the previous series against the Philadelphia 76ers. The coach let VanVleet play through it, since he was providing strong ball handling, toughness, defence and leadership. He has a similar trust in Green.

“It didn’t really bother me very much. I really believe in the kid. Danny is the same,” Nurse said.

Getting his shots to fall right now is crucial. His team is facing the powerhouse Warriors on the NBA’s biggest stage. Then, win or lose, Green will face free agency this summer.

Green said his teammates and coaches have remained supportive, as his shots have bounced everywhere but through the netting.

“I don’t think anything that happened the last series matters, besides us finding ways to win games. That’s what we take from that series. Danny will be fine,” Kyle Lowry said. “Game 1, he’ll be ready to go.”

Green insists that this will not cause him to turn down good scoring opportunities or doubt himself in the Finals. Maybe these few days off before facing Golden State will help turn to a fresh page.

“We have new life now, we survived that series. I thank my teammates for helping me survive that series, because if we didn’t I would be getting a lot of criticism, not just from myself,” Green said. “I want to make shots. Trust me, I’m trying. But at the same time you got to be positive, stick with what you know and be confident in yourself. Confidence goes a long way in this league.”

Opinion
There’s no point in fighting the underdog label. The Raptors just have to embrace it
May 27, 2019 The position matchup breakdown for the NBA final between the Warriors and the Raptors
May 27, 2019 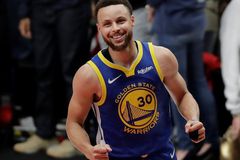 Leonard and Lowry lead Raptors into uncharted territory
May 26, 2019 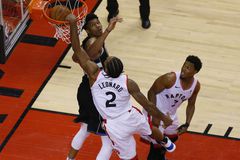