While the Toronto Raptors await the resumption of their title defence, Raptors Uprising GC point guard Kenneth (Kenny Got Work) Hailey has quietly got off to an MVP start to the NBA 2K League.

Raptors Uprising are 4-0 to open the esports league’s third campaign, turning heads one-quarter of the way through the regular season.

“Now do you believe?” Hailey tweeted in the wake of Raptors Uprising’s most recent win.

The answer appears to be a definitive yes.

“The Raptors are no joke,” said Trevion (All Hail Trey) Hendrix, a former member of Raptors Uprising now with Cavs Legion GC.

“I’m loving it, man … The best start to my career,” Hailey said in an interview.

“We’re confident against any team. The teams are preparing for us, they’re scouting for us,” he added. “We’re the team to beat. We understand that and we’re going to keep working as hard we we’ve been working.”

The Raptors Uprising’s first-ever draft pick taken 11th over all in the league’s inaugural 2018 draft, the 30-year-old Hailey is the franchise’s cornerstone. A Memphis native, he was working for AT&T as a distribution co-ordinator until he quit his job to game professionally.

After playing several positions last year, he is now firmly ensconced as point guard having nailed down an arsenal of dribble moves in the off-season.

“Now when you see me out there moving around, I’m doing it effortlessly,” he said.

Hailey was named the franchise’s first-ever player of the week after averaging 35.0 points in best-of-three series wins over 76ers GC (2-0) and Wizards District Gaming (2-1) in Week 1.

Hailey showed his defensive skills the next week when his steal under the bucket in the dying seconds against Hornets Venom GT helped the Raptors tie the game at 67-67, only to go down to a three-point buzzer-beater by Alex (Expose Him) Whelan.

“It just shows the fight in this team, because we were down like 15-plus that game,” Hailey said. “For us to bring it all the way back and put ourselves in a position to win the ball game, it just speaks volumes how good this team is.”

Hailey then scored 39 points and dished out nine assists to help seal the deal in the Raptors’ Game 3 win (85-68) over the Hornets.

It has helped that Shane Talbot, esports manager at Maple Leaf Sports and Entertainment, has surrounded Hailey with complementary talent this season.

Centre Gerald (Sick One) Knapp, a major piece in the puzzle, was acquired from Cavs Legion in May 2019 in exchange for Hendrix.

The 2020 squad has history in addition to the Knapp brothers’ bond. Hailey and Donald played together on the pro-am team Still Trill that earned US$250,000 in winning the NBA 2K17 All-Star Tournament.

Hailey used his US$50,000 share of the Still Trill winnings to pay off his 2012 Camaro, a muscle car still dear to Hailey. “She’s not going anywhere,” he said.

“I had a great feeling with those guys. … Those guys are champions. They have the heart of champions,” Hailey said.

“Also with Jake … he can play the game at high level and you’re seeing it.”

The on-court chemistry between Hailey and Gerald Knapp is also easy to see. The two form a potent pick-and-roll combination, and while Hailey is usually the provider, Knapp has excellent passing skills for a virtual big man and can return the favour.

“We worked in the off-season, we worked on our game,” Hailey said. “He knows where I like the ball. I know where to give him the ball.”

Gerald Knapp was a finalist for Week 2 player honours. In series wins over Grizz Gaming (2-0) and Hornets Venom GT (2-1), he totalled 95 points while registering 69 rebounds, 32 assists and 24 blocks. Not to mention shooting 73 per cent.

Through 10 games this season, Knapp has eight double-doubles, including three triple-doubles.

Donald, a former Kings Guard Gaming player making the most of his second chance after being suspended by the league for the 2019 season for contravening the league’s social-media policy, has added real steel to the Raptors defence. His 10 steals in a 83-65 win over the Hornets were the second-most by an individual in league history.

Flowers, meanwhile, hit 10 of 12 three-points attempts in the series win over Charlotte including five of six in the deciding third game.

As the senior member of the team, Hailey gets the biggest bedroom in the well-appointed house that Raptors Uprising calls home during the season. It has been somewhat of a golden cage, however, during the pandemic lockdown.

He remains a big fan of the city.

“I love everything about Toronto,” he said. “I love the culture, I love the people, I’m enjoying every moment of it. I wouldn’t want to be any other place.”

A shooting guard in high school, Hailey counts Michael Jordan, Tracy McGrady, LeBron James and Kevin Durant as his favourite NBA players. He started played the 2K game when he was 12 or 13.

Hailey is easy to spot on game broadcasts. With games being played online at least for part of the season because of the pandemic, he sits nearest the camera in the Raptors Uprising team home basement – usually with a relaxed smile on his face.

Raptors Uprising finished 12th last season, out of the playoffs at 8-8 despite winning three of their last four. In 2018, they finished on a 7-1 run to place fourth at 8-6, losing to Cavs Legion in the quarter-finals. 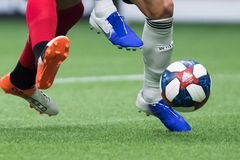 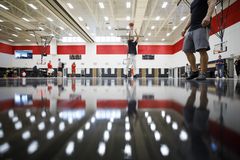 Davis will be ‘devastated’ if the Raptors don’t get a playoff run this season
May 1, 2020 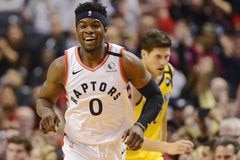