After spending most of his first two years in the NBA either sitting at the very end of the Toronto Raptors bench or playing in the Development League, Lucas Nogueira's number has been called three games in a row.

Light on big men due to starting centre Jonas Valanciunas being sidelined by a fractured hand, the Raptors have been looking to the 23-year-old Brazilian seven-footer to log some minutes. Leaning on experience he gained recently with Toronto's D-League team, Raptors 905, the still-developing youngster is trying to make the best of an opportunity.

Thursday's 15-minute showing in Toronto's dismal 106-105 loss to the Denver Nuggets was the fifth appearance of the season for Nogueira. He had earned the chance with a 16-minute performance the night before, when he had played the entire fourth quarter and tallied four points and seven rebounds as the Raptors orchestrated a come-from-behind road victory over the Atlanta Hawks.

"He knows he's not a scorer or a shooter; his role is rolling to the basket, being a rim protector, guarding his position and pick-and-roll defence," said Toronto Head Coach Dwane Casey before Thursday's game. "He's been staying within himself. He was ready when his number was called."

Thursday night, opening up a six-game home-stand, yet on the tail end of back-to-back games, the sluggish-looking Raptors trailed by as much as 18 to the Nuggets, a team dwelling in the bottom of the Southwest Division. Toronto only began to come alive late in the game, but their fourth-quarter comeback fell short this time. They called on Nogueira – better known as Bebe – with three minutes left in the first quarter, and again in the second half. He added six points on 3-of-3 shooting and a rebound.

He was selected 16th overall in the 2013 Draft by the Boston Celtics, and later traded to the Atlanta Hawks. In 2014, his rights were traded to the Raptors but he had seen little court time.

"He had a good summer, but had been hurt in training camp [this year] and missed most of it, and that stunted his growth a bit," said Casey. "But now he's getting an opportunity to go out and play."

Nogueira had been assigned to the 905 on Nov. 13 and played four game there, averaging nine points, 7.8 rebounds, 2.8 blocks and 22.0 minutes. His best showing was 13 points, nine rebounds, nine assists and four blocks in 27 minutes versus the Maine Red Claws. The Raptors recalled him on Nov. 21.

He played six minutes last week versus the Philadelphia 76ers, and then surprised many with his performance in Atlanta. The guy on the end of the bench was suddenly the one being called for Wednesday's on-court live television interview, and being surrounded at his locker back home before Thursday's game.

"I feel great, and I feel more excited to keep working and try to help the team," said the talkative youngster on Thursday. "I think it's a time to be more humble and keep paying attention."

He said while the D-League time has been productive, the level is far from the NBA, where he feels a dramatic difference in the speed and how hard the screens are set. It's been challenging to prepare every day when you may not see the floor.

"I'm very religious – a Christian – and sometimes you have nothing but faith. Sometimes for me it's hard to believe in God, but [Wednesday night], he showed me he's here supporting me," said Nogueira.

"It's hard to have limited minutes. Coach told us always to be ready."

Nogueira said Al Horford was a mentor to him in Atlanta and texted him congratulations after their Wednesday game. In Toronto, it's been James Johnson helping him.

The Raptors are struggling to find consistency recently, not just in the changes to lineup and rotation, but also in their energy and output throughout games.

"Yes, we miss Jonas's rebounds, and his screens and his understanding of what we're doing, but we have enough in that room," said a disgruntled Casey after Thursday's loss. "I thought Lucas came in and did a heck of a job again, so did Bizmack [Biyombo] and Luis [Scola]. So we have enough physically, but it's just mentally, our approach against whoever we're playing for 48 minutes."

The Raptors will have a very light day on Friday before hosting the NBA-leading Golden State Warriors on Saturday – a squad in the midst of a historic 20-0 start. 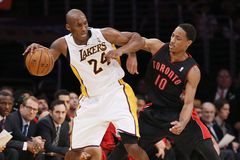 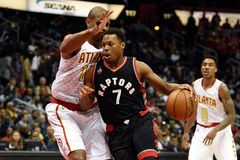 NBA all-star jerseys a nod to history of basketball in Canada
December 3, 2015 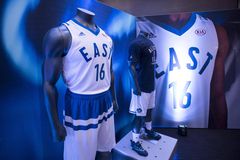