A fight over money has jeopardized the participation of Brazil's basketball teams in next summer's Olympic Games in Rio de Janiero – and that could have ramifications for Canada.

Countries that host Summer Games have, since 1964, have been granted automatic berths into Olympic basketball tournaments. But Brazil – whose teams are ranked among the world's top 10 in both men's and women's divisions – is embroiled in a situation that observers behind the scenes are calling bizarre.

The deadline was set in June by FIBA's executive committee, which hailed Brazil's "rich sporting history in basketball" and expressed "hopes that the hosting teams will compete at the next Olympics."

A FIBA spokesman said the organization would not comment on the situation before its central board meets in Tokyo Aug. 7-9. E-mails to the Brazilian Basketball Confederation (CBB) were not answered.

FIBA did not explain what the unpaid dues were for, or exactly how much money was owed – estimates suggest it could be $1-million. That, of course, is a fraction of the $12-billion or so that Brazil's organizing committee is spending to stage the Games.

Earlier this year, according to a FIBA spokesman, CBB proposed to repay the debt on a schedule extending to 2019. FIBA said no, and set the deadline. Its spokesman explained by e-mail: "A solution needs to be found by [July 31, 2015] so that all participating teams know the qualification process for the Olympic Games and the FIBA Olympic Qualifying Tournaments."

If FIBA and CBB don't settle the fight, Brazil's teams would have to compete for a spot in the 12-team Olympic tournaments.

This is where Canada's men and women – and those from other contending nations – come into the picture. Canada hosts the FIBA Americas women's qualifying tournament Aug. 9-16 in Edmonton; the winner clinches a 2016 Olympics berth. The United States has already qualified, having won the world championship last year.

Canada's women just won Pan Am Games gold and their main rival in Edmonton is expected to be Cuba. A motivated Brazil team could present an additional hurdle, though Canada soundly defeated Brazil in the Pan Am semi-final.

On the men's side, Brazil poses a potentially bigger problem. At the Pan Ams on Saturday – with both countries putting a second-tier roster on the court – Brazil defeated Canada 86-71 for gold.

The FIBA Americas tournament for men goes Aug. 31-Sept. 12 in Mexico City. The two finalists win berths for Rio 2016. The United States is already in, having won the World Cup last year. In its bid to qualify for Rio, Canada is sending a national team stacked with talented young NBA players such as Andrew Wiggins.

Canada's men, who haven't earned an Olympic berth since 2000 in Sydney, faces an array of challengers, led by Argentina, Puerto Rico and Mexico. Adding Brazil to the mix would up the challenge with a team led by Tiago Splitter of the Atlanta Hawks.

Brazil basketball leaders are optimistic about the potential on the court. "Without a doubt, we have the best national team in 15, 20 years," the president of Brazil's national basketball league, Cassio Roque, said of the men's team in May on fusion.net. "Brazil has it all to fight for a medal" in 2016.

However, some Brazilian NBA stalwarts such as Nene Hilario of the Washington Wizards and Anderson Varajeo of the Cleveland Cavaliers will not be available to play at FIBA Americas. The team would be still formidable, especially if it has to fight for a berth in its own country's Olympics.

If the Canadian women and men do not qualify this summer, they'll each have one last shot next June and July at tournaments where countries that haven't yet made the Rio roster will compete for the last available berths. 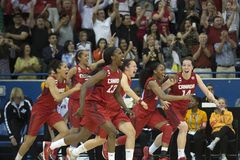 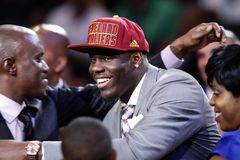 Canada’s Pan Am basketball team will be notable for absence of NBA stars
July 3, 2015