Picture this: It is August, 2020, at the Summer Olympics in Tokyo, and the gold medal men's basketball game features the perennial powerhouse, the United States.

The opponent is an unlikely challenger: Canada, in the country's first appearance in the championship game in 84 years. And here's a wilder picture: Canada wins.

That takes us back to the beginning. In basketball's official Olympics debut, in Berlin, 1936, it was played outdoors – which marred the gold-medal game between the U.S. and Canada. It rained through the day, and the game was played on a swampy clay-and-sand court. The U.S. won 19-8. James Naismith, the Canadian-raised inventor of the game, awarded the medals.

Canada has never again won a men's basketball medal, and the national team has qualified for only one of the past six Olympics, so imminent prospects of a return to hoops glory may sound unlikely.

But in the minds of a new generation of basketball players emerging from Canada, an Olympic gold medal does not seem like a ridiculous dream at all.

The core of Canada's envisioned 2020 team made a major leap into professional basketball at the NBA draft in late June, led by the trio of No. 1 pick Andrew Wiggins, No. 8 Nik Stauskas and No. 18 Tyler Ennis. There will be more to come, such as Trey Lyles next year.

As well, others are already in the NBA, including the veteran of this youth movement, 23-year-old power forward Tristan Thompson of the Cleveland Cavaliers.

He was drafted No. 4 overall in 2011, and invokes the upset basketball gold won by Argentina at the 2004 Games as an example of what Canada might achieve.

"That's our game plan right there," said Thompson, a confidence issued without swagger or hubris.

During those Games in Athens, the U.S. didn't have its best-ever team, but it was a pretty good squad: The roster had Tim Duncan and Allen Iverson as well as a young LeBron James and Dwyane Wade. But Argentina's golden generation, led by then 27-year-old Manu Ginobili, usurped the U.S.'s long-standing hold on basketball gold in basketball in the semi-finals on the way to victory, as the Americans settled for bronze. It was the only time the U.S. hasn't won at the Olympics since NBA players made their Dream Team debut in 1992.

The road from potential to Olympic glory is beautiful in the imagination, but the reality is harsher. Canada is No. 25 in the world right now, behind Mexico and ahead of the Dominican Republic. Last summer, the national team – led by Thompson and guard Cory Joseph, but without the full complement of the best players – failed to qualify for the 2014 World Cup in Spain. Instead, Canada this summer will play a heavy schedule of 11 exhibition games from July 24 to Aug. 12 against top competition, designed to forge a team ahead of qualification games in 2015 for the 2016 Olympics in Rio de Janeiro.

Who will play remains unclear. Canada Basketball will likely have commitments from the young Canadians in the NBA such as Thompson, Robert Sacre of the Los Angeles Lakers and Kelly Olynyk of the Boston Celtics, but the availability of recently drafted players is less clear.

Wiggins, the most prominent name, is scheduled to be at a coaching clinic with his former University of Kansas coach, Bill Self, in Kansas City Aug. 9-10. And the Cleveland Cavaliers, who drafted Wiggins first overall, have not said whether Wiggins will be made available to play. A spokeswoman for his agent said no decision has been made.

"You're never going to get every player every summer," said Rowan Barrett, the assistant general manager on the national team, on assembling this year's squad.

The potential has team bosses excited. "This group of Canadians wants to represent and has the chance to do something very special," said Jay Triano, national team coach and an assistant coach with the NBA's Portland Trail Blazers.

But Triano warned that it takes time and commitment to build a national team. "If guys elect to take this summer off, it's going to be very difficult to qualify for the [2016] Olympics, to just show up next year at the qualifying tournament," he said.

Wiggins is a fulcrum. Canada has depth under the basket and behind the three-point line, but it is Wiggins on the wing who could bring a Canadian team together. He has previously played for Canada, but opted out last summer when he was getting acclimated at the University of Kansas. "I love it, every time," said Wiggins in an interview in February about playing for Canada in the past. Last month, speaking with nba.com, he talked of his general pride of country: "Everywhere I go, I rep Canada. It's who I am."

Wiggins's participation isn't make-or-break this summer. But unlike the U.S., which can afford to have one or two stars not sign on, Canada needs its best.

"When they look across the border," said Triano, "and see Kobe Bryant and LeBron James and Kevin Durant all wanting to and playing for their country, they go, 'Whoa.'"

Andrew Wiggins leads a banner day for Canadians as top pick in NBA draft
May 12, 2018 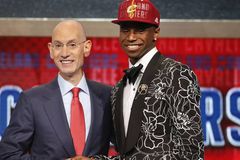 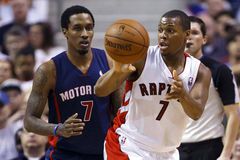 LeBron’s relationship with Cavs owner could be homecoming hurdle
May 12, 2018 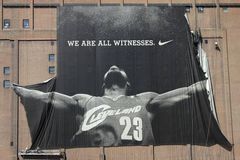