The Connecticut Huskies senior led one of the league's most dominant defences while averaging 13.8 points, 3.5 rebounds, and 2.8 assists per game, while grabbing 44 steals on the season.

"Kia Nurse has been a consistent defensive force for her UConn team and has earned the highest respect from opposing coaches and players," WBCA executive director Danielle Donehew said in a statement. "She is a gifted and hard-working student-athlete who has demonstrated determination, intensity, effort and teamwork at the highest level."

The Huskies were third in the NCAA and first in The American Athletic Conference (AAC) in scoring defence at 51.7 points per game. They were fifth with 31 defensive rebounds per game.

The 22-year-old from Hamilton also earned AAC's defensive player of the year award, and was First Team All-Conference.

Nurse and the Huskies finished the regular season undefeated and the school earned its 18th NCAA women's Final Four berth. 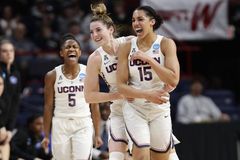 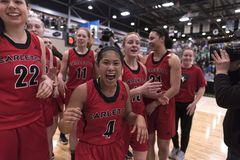