After celebrating the country's first basketball Pan American Games gold medal long into the night, Canada's women's team reported bright and early Tuesday morning to meet the media. It was just the first stop in a day packed with appearances for the country's team of the moment.

The players bustled about Canada House with coffees in hand, doing media scrums, live television hits and phone-in radio shows. Winning Pan Am gold at home may have been just one step in the team's important summer of competitions, but in building the profiles of the women who had, until this week, played in relative obscurity, it was huge.

"I woke up this morning and said 'Wow, we won a gold medal last night, and it's still sitting here,'" 19-year-old guard Kia Nurse said just hours after her 33-point performance helped Canada beat the United States 81-73 in the gold medal game. "We don't get a chance to play on home soil very often, so for us to come out and showcase who we are and how well we play together was something we really wanted to do. And we achieved it."

Nurse's name was trending on Twitter after the game, despite the fact that, other than for the 3,300 screaming fans at Ryerson University's Mattamy Athletic Centre, anyone else who cared had to watch a Web stream because it wasn't on television.

Those who did see the game were introduced to a young Canadian who, just a few months ago, helped lead the University of Connecticut to an NCAA championship.

If the team earns a spot at the 2016 Games in Rio de Janeiro, there may be potential to transform Nurse and her teammates into household names. One way they can qualify is by winning the FIBA Americas Championship in Edmonton next month; failing that, there is an Olympic qualifying tournament next June.

Sooner, though, is better.

"We qualified for London two weeks out, and corporately, we had no time to celebrate that, so qualifying a year out [in Edmonton] would make it a whole different conversation this time around," said Michele O'Keefe, president and CEO of Basketball Canada.

"Being successful at home – where we haven't played any meaningful games in 20 years – is huge.

"If corporate Canada can see what we see going into Rio, I think these women will continue to rise in the eyes of the nation."

The timing couldn't be better to showcase Canadian female hoops talent, feeding off the buzz around Andrew Wiggins, Tristan Thompson and others who are thriving in the NBA.

"This team's success is a nice demonstration of the strength of Canada Basketball as an association, a sport that's on the rise in Canada – and not just the popularity of the NBA or the Toronto Raptors," said Matthew Logue, executive vice-president and COO of S&E Sponsorship Group.

"What we're now seeing is the depth of interest and strength of a system that is producing talent that should have a long-term positive impact to grow the sport and bring sponsors."

The success didn't come overnight. Canada Basketball has made big efforts in recent years to identify and develop young, talented players and place them on age-group national teams, grooming them for the senior team.

Two years ago, they also established a training home in Edmonton.

Longer pretournament camps have been a far cry from the brief preparations that used to be the norm.

"We'll take this any day – we've been fighting for it for a long time," head coach Lisa Thomaidis said with a laugh, marvelling at the sudden media attention. "We were able to get to world championships and to the London Olympics and turned some heads, and generated more funds for us, and we've put that to use. We're a perfect example of, 'If you invest in us, we'll produce some results.'"

As the team walked around Toronto on Tuesday, they were applauded by passing fans at many turns.

"We're used to always being on some other country's home court, where they have their drums out and they're loud," Nurse said. "This is a whole new experience for us." 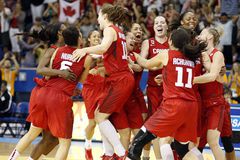 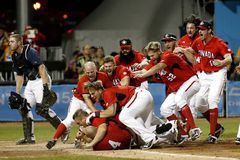 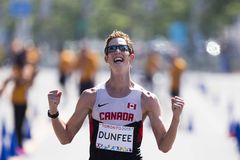 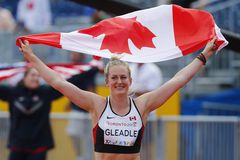 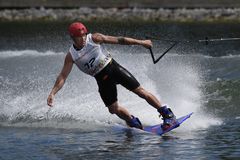