Imagine the Chicago Blackhawks resting Patrick Kane, Jonathan Toews and Duncan Keith all at once on the same night. Or the Pittsburgh Penguins doing the same with Sidney Crosby, Evgeni Malkin and Phil Kessel.

If the NBA's troubling recent phenomenon of resting stars reaches the NHL it might just happen.

"Never. Never," said Toronto Maple Leafs centre Nazem Kadri when asked about the subject before adding a slight caveat. "Maybe if you had first locked into place by a mile and it was the last game of the year on the road or something – maybe you sit a guy out. But never for multiple games ... If a healthy player is healthy he's playing."

Not so in the NBA, where head coaches are increasingly resting their stars as they carefully manage the grind of an 82-game season that many feel is too long and cumbersome. During a recent Saturday night meeting between the league's two top teams, the Golden State Warriors and San Antonio Spurs, every star-calibre player sat – including Warriors two-time MVP Steph Curry and former NBA finals MVP Kawhi Leonard.

That first-place overall in the Western Conference was on the line didn't matter, nor did the fact that the game was nationally televised.

One week later, during another national broadcast, the Cleveland Cavaliers sat LeBron James, Kyrie Irving and Kevin Love for a showdown with the Los Angeles Clippers.

So alarmed is the NBA that commissioner Adam Silver sent a memo this week to the league's board of governors describing the issue as "extremely significant" with decisions to rest players "damag(ing) the perception of our game."

The NHL has seen nothing of the kind to this point, though deputy commissioner Bill Daly said in an email that "of course it would be a concern" if it began to happen as frequently as in the NBA.

"You know basketball's a tricky one because they rely so much on an individual," Montreal Canadiens captain Max Pacioretty said. "LeBron can play the whole game sometimes and he takes an almost last-place team to a championship team, so I mean it's a completely different sport in that sense where his rest is so much more valuable than in any other sport."

"I just think hockey's a different kind of animal where I don't think guys would want to do it," Pacioretty added. "Guys are stubborn enough to probably fight it if they were asked and that's how I would see that going down."

Pacioretty said he would try to refuse if the Canadiens ever asked him to opt out for rest. Some in the NBA concur, including Houston Rockets MVP candidate James Harden who said this week: "I just want to hoop. I'll rest when I'm done."

NBA coaches, including Steve Kerr of the Warriors, have aggressively defended the practice as a long-term play on a taxing schedule.

Greater parity in the NHL could prevent the concept from taking hold.

Even clubs at the top, like Pittsburgh or Chicago, are unlikely to cut down their odds at two points by resting a top player, even if it means helping that star over the long haul. Every point has such significance on playoffs matchups and seeding, unlike the NBA where such stuff matters little for elite contenders like the Warriors, Spurs and Cavs.

Sitting Crosby, for instance, and lowering their chances at a win, might mean a more difficult opponent for the Penguins and greater chance for a first-round exit.

"It's so even that you want every advantage you can have," Leafs goalie Frederik Andersen said. "In basketball, sometimes you can take out your best player and still probably beat them."

"I think the NHL's more physical too, just in terms of bump-and-grind," added Kadri, a big NBA fan. "But you never know with those guys (in the NBA) and their knees and their ankles, shoulders, whatever the case may be."

Some NHL teams have introduced sports science divisions in recent years, including the Penguins and Leafs, the latter hiring Jeremy Bettle, formerly of the NBA's Brooklyn Nets and USA Basketball program. Players in Toronto, under his watch, now sport wearable technology at practice, which helps the club track their physical condition while guarding against injury.

That's led to players nursing injuries a little while longer than their coach might like and sitting out the odd practice or skate.

If there ever was a year to try it, it was this one in the NHL, with the World Cup of Hockey and newly-implemented bye week further compressing an already tough schedule.

The NBA has yet to come up with an answer to preventing the practice and even Spurs coach Gregg Popovich said his approach, in light of Silver's note of caution, would remain the same. It's worth noting (if not entirely related) that the NHL suspended players, including Toews and Alex Ovechkin, who opted to skip past all-star festivities for what was largely perceived as rest.

"I never thought about it," Pacioretty said. "But it would be interesting to see if teams do it and how people would react if it happens."

Maple Leafs in thick of playoff hunt with win over Blue Jackets
March 22, 2017 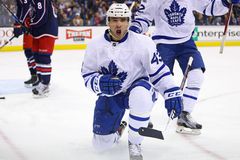 Raptors’ Ibaka suspended one game for throwing punches in scuffle with Lopez
March 22, 2017 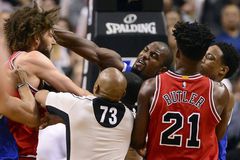 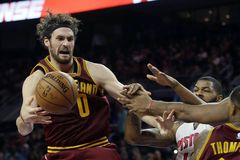