DeMar DeRozan knew he was never going to leave Toronto, his home away from home.

The all-star shooting guard from Compton, Calif., and the Raptors confirmed that he'd re-signed with the team on Thursday, even though he never really tested the free-agent market. DeRozan took only one meeting with only one team, and that was the Canadian club that drafted him ninth overall in 2009.

"I am Toronto," said DeRozan after a glowing introduction by general manager Masai Ujiri. "Outside of where I'm from, I represent this city harder than anybody. I've got so many goals I want to accomplish still, I just can't wait to put that jersey back on and keep going."

The six-foot-seven, 220-pound DeRozan averaged a career and team-best 23.5 points (tied for eighth in the NBA) with 4.5 rebounds and 4.0 assists in 35.9 minutes over 78 games in 2015-16. He averaged 20.9 points, 4.2 rebounds and 37.3 minutes in 20 post-season games to help lead Toronto to its first-ever Eastern Conference final, where the Raptors lost to the eventual NBA champion Cleveland Cavaliers.

DeRozan's new deal is reportedly for five years at US$139 million.

Both DeRozan and Ujiri waved off any talk of records, stats or personal bests. Instead, the focus is on seeing through what they started and winning an NBA title.

"That's just the type of person I am. That's how I always live my life."

Ujiri was confident that DeRozan would remain in Toronto, even though he knew other NBA teams would pursue the talented free agent. The Raptors GM believes it's a testament to DeRozan's character that he never wavered from his commitment to the team, even when he could have made more money elsewhere or joined his hometown Los Angeles Lakers.

"It's remarkable that it was this way. It says so much about him. I truly respect him for that," said Ujiri. "I think it's a phenomenal city. There's something about this place that's unique. Sometimes I hope that I'm not the only one that feels it.

"That's what, to me, is fulfilling, that there are that people that see it and who want to go out to this war together, against the other 29 teams, and DeMar's a big part of that."

Sullinger, who is expected to play most of his minutes at power forward, said he was looking forward to playing alongside Raptors centre Jonas Valanciunas.

"Just so I don't have to guard him anymore," said Sullinger to laughs from assembled media and fans. "I think that's the biggest thing. You get tired of his elbows."

Sullinger joined the chorus praising the city of Toronto, saying that former Raptors power forward Amir Johnson — who played for Boston last season — sold him on moving north of the border.

"Amir said it's a beautiful city, he didn't want to leave, and he said that the fans are unbelievable," said Sullinger. "He said Toronto made him who he is today. When you hear stuff like that, it means everything."

The six-foot-nine, 260-pounder is a capable rebounder but has struggled with his fitness. He averaged 10.3 points and 8.3 rebounds in 81 games with Boston last season.

Sullinger will be counted on to shore up the Toronto frontcourt after the off-season departures of centre Bismack Biyombo and power forward Luis Scola.

Kelly: Yes, losing is disappointing, but the Raptors’ season was anything but
May 27, 2016 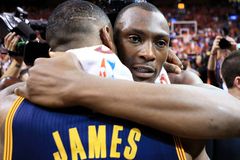 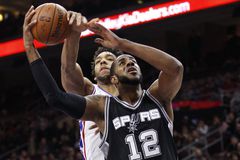 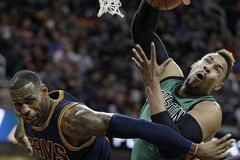