At a moment of rising consciousness in sport, no North American-based athlete is feeling the boot of the state quite as directly as New York Knicks forward Enes Kanter. He may now be the world's highest-paid stateless person and political dissenter. It's already an unusual situation, made even more so by the fact that Kanter seems to be enjoying it.

Kanter, 25, was born in Switzerland, raised in Turkey and has spent most of his adult life in the United States.

His path to the NBA had several turns – a seldom-used pro in Turkey at 16, on to high school in the United States, denied permission to play at a U.S. college because of his professional past and, after a period of enforced unemployment, taken third over all in the 2011 draft.

He's since made himself into a useful basketball player – a regular starter, but not a star.

Men like that, especially ones of Kanter's size, versatility and genial disposition, can play in relative anonymity for twelve or fifteen years. There's little pressure to perform, no public scrutiny and you make a boatload of money.

Third- or fourth-best player on a middling NBA team – it may be the best job in pro sports.

But beginning in earnest this past summer, Kanter decided on a much harder path.

Long before an attempted coup back home in July, 2016, Kanter had been catching notice on social media for regularly raking Turkey's authoritarian government.

The grudge had its root in Kanter's stop-start basketball career. He blamed his former Turkish team, Fenerbahçe, for conspiring to ruin his chances at playing in the NCAA. Despite being the country's best player, he'd since been pushed off the national team.

But rather than do what most people probably would have done – retreat into an easy life in the United States – Kanter started to really get angry.

Before, during and after the failed coup, he repeatedly declared himself an acolyte of exiled Turkish cleric, Fethullah Gulen. The regime claimed the coup was inspired by Gulenist elements. For a while, Kanter said he wanted to change his last name to Gulen.

The government responded by accusing Kanter of being a member of a terror group. His father was fired from his job at a Turkish university and briefly jailed. Afterward, Kanter's entire family publicly renounced him. He hasn't spoken to them in nearly two years – one presumes because of how dangerous even the appearance of a relationship has become.

Still, Kanter continued on with his campaign of scorn from a distance, aimed particularly at Turkish President Recep Tayyip Erdogan.

"When I talk, it goes everywhere," Kanter has said. "They hate it."

Turkey stripped Kanter of his passport. He discovered that had happened while he was on tour in Asia and was detained as a stateless person while in transit through Romania.

With the help of the U.S. government (Kanter has permanent residency by virtue of a green card), he was able to make his way back to the United States. He's since said that if he'd been returned to Turkey, he expects he'd have died under suspicious circumstances in prison. After landing in New York, Kanter called Erdogan "the Hitler of this century."

Turkey issued an arrest warrant for Kanter. His crime? Insulting the President on Twitter. Kanter mocked the regime on the same platform: "You can't catch me."

On Wednesday, Turkish prosecutors announced they plan to try Kanter in absentia and will seek a four-year jail term.

"Four years? That's it?" Kanter crowed to reporters at Knicks practice on Wednesday morning. "For all the trash I've been talking?"

If there's a lesson in here, it isn't for Kanter. He seems profoundly at ease with what he's becoming – the unlikely figurehead of a national resistance.

His life will not change much. He can travel freely through the United States and Canada on his green card. He said he is in the process of obtaining American citizenship.

There is no suggestion that the United States would extradite Kanter to Turkey, so much so that Turkey hasn't bothered to ask.

Of course, this elides Kanter's profound dislocation from family and home.

As long as he can bear that, he's free to launch rhetorical grenades at Erdogan and his government without repercussion. And there is no defence from it.

The lesson here is for strongmen who lack the appetite for a robust to-and-fro in the public square: Don't pick on famous people who are not under your direct control. And avoid especially professional athletes. They are generally young, heedless and programmed to meet aggression with more of the same.

Also, they possess the largest, most regular megaphone of any citizen in the world. They are regularly consulted by a posse of media – often two or three times a day – for their opinions on any little thing. When they choose, as Kanter has, to make that commentary about something more substantive than zone defence, people tend to listen.

When they are further able to frame that commentary in the metaphors of sport – the little guy versus the big guy – those who could not otherwise find Turkey on a map get really curious.

This is the rare time a vicious cycle is a good thing. Erdogan and Co. lash out fecklessly at Kanter, causing him little bother. He lashes back, much more effectively, since every time Kanter does it, it hurts them the one place they really feel it – in their dignity. Each time the cycle is run through again, more people catch on.

We have recently applauded professional athletes for taking stands on the issues. But Kanter deserves special notice.

The others are, at worst, risking their athletic careers. Despite his blasé attitude, Kanter is risking his freedom, his family's safety and his ability to ever go home.

He could easily have done nothing. Instead, he's chosen to gamble everything for something he feels is right. It may not be prudent, but it is impressively principled. 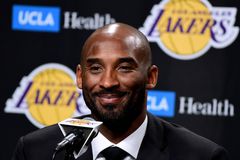 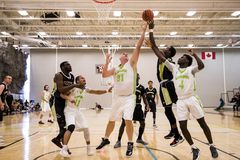 NBA stakes out territory in competitive gaming with its own eSports league
October 25, 2017 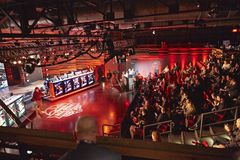