Canada's men's basketball team faces back-to-back must-win games this weekend to reach the 2016 Summer Olympics, and it will be led by the veterans of the country's young hoops talent, Tristan Thompson and Cory Joseph.

Two absences, however, are prominent. Andrew Wiggins and Nik Stauskas were key players on the national team last summer when Canada almost scored an early spot at the Rio de Janeiro Olympics but failed. This year, the two chose not to play at a last-chance qualification tournament in Manila.

The roster of any national basketball team is always in flux. Unlike in hockey, where the Olympics take place during the season, international basketball happens during the sport's off-season. Injuries, or players between contracts, are the main reasons rosters are never ideal. But there is also the more difficult, and controversial, choice of career or country.

Wiggins and Stauskas are leaders of what could be a golden generation of Canadian basketball: both in their early 20s, both top-10 NBA picks in 2014, both from the Toronto area and both heading into their third NBA season. And both chose career over country this time – rather than devoting the past month to practices, exhibitions, and around-the-world travel in Canada's quest to play men's basketball at the Olympics for the first time in 16 years.

The Stauskas case is clearer. He needs to solidify his NBA future. The slender 6-foot-6 shooting guard saw solid court time with the woeful Philadelphia 76ers but has been easily muscled around in the NBA. He struggled on offence and defence.

A summer of international basketball wasn't the answer. Since the regular season ended in mid-April, it's been all about bulking up – and adding flexibility in yoga and pilates. Stauskas's core strength has increased considerably. He has gained about 10 pounds of muscle, up from 205 and aiming for 220.

Stauskas is close with Steve Nash, general manager of the national team.

"When Steve calls and says, 'Hey Nik, we need you for the team,' it's very difficult to say no," Paul Stauskas said.

Andrew Wiggins – already successful – also wants to improve his game. The 2014 No. 1 pick won rookie of the year and, this past season, improved some facets of his play – but he remains a weak three-point shooter and so-so at the free-throw line. He is primed to help his Minnesota Timberwolves, one of the league's worst teams, finally improve. Rest is also important: Wiggins has played the second-most regular-season minutes of any NBA player over the past two years.

On Wednesday, Wiggins posted a video on Instagram, showing his work on his one-on-one game, and three-point shooting, with his personal skills coach Drew Hanlen.

"Dedication to the upcoming season must have my total focus," Wiggins said in a statement in early June. "We are building a championship-contending team, which has always been my goal. This was definitely not an easy decision."

Along with missing Wiggins and Stauskas, Canada doesn't have Kelly Olynyk, who is recovering from shoulder surgery. All three were starters last year.

This year the team is once again helmed at point guard by Joseph. Thompson, who through mid-June was a pillar of the Cleveland Cavaliers' title run, critically bolsters the squad.

Including playoffs, Thompson has played 205 games and 5,812 minutes over the past two years, compared with Wiggins's 163 games and 5,814 minutes.

This is the typical flux of international hoops. In the United States, numerous top players declined to play in Rio, a list led by LeBron James, Kawhi Leonard, and Russell Westbrook.

Canada won its first two games this week, 77-69 against Turkey and 58-55 against Senegal. Canada's offence was shaky but defence was strong, holding opponents to 31.5-per-cent shooting.

If Canada qualifies for Rio, the roster will be reviewed. Wiggins may be convinced. Jamal Murray, currently playing for the Denver Nuggets at NBA Summer League, could be another name. Nash is talking to players "as the summer progresses."

There would be at least one roster spot open. Canada brought 18-year-old Shai Alexander to Manila, not to play but for the general experience.

Canada a step closer to Rio after sweeping Group A, advancing to semis
July 6, 2016 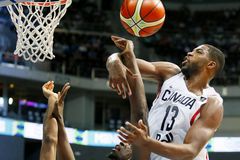 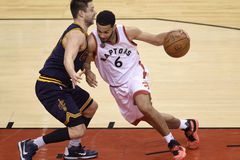