At his brightest, Andrew Wiggins isn't much of a talker. On the biggest day of his young career, he arrived functionally mute.

There were 13 media questions lobbed up at him ahead of his NBA debut. His answers comprised a total of 21 sentences.

"I slept, woke up and now I'm at shootaround."

Then a pointless staring contest, because Wiggins is staring at a spot four inches over your head.

Let's be honest. Wiggins has no idea what's going on right now. This is all too big to get your arms around, and especially for a 19-year-old. He won't look back on this for another decade, and then do so ruefully.

He did seem purposeful, or what passes for it in athletic facial-expression terms. Shoulders squared, eyes on the horizon, channelling Sparta. That was the first bad sign.

Minnesota coach Flip Saunders – a man so relaxed, it feels like all your conversations happen while you're lying beside him on a very plush couch – advised his golden rookie to "assert" himself. When Flip is telling you to get serious – yeah, that's the second sign.

So in terms of a debut, this was more soft open than tour-de-force.'

In nine first-quarter minutes, Wiggins had three touches on offence. The fan that delivered the game ball had it in her hands more often.

When you did notice him, it was because he was running around like a berserk wind-up toy on defence; or getting screamed at by Timberwolves quarterback Ricky Rubio for being out of position. Distressingly, Minnesota was better with him on the bench than on the floor.

Eventually, all you wanted to see was Wiggins meet the Ghost of Canadian Basketball Past – Memphis's Vince Carter.

Like every other player coming out of Canada, Wiggins is one of Carter's figurative children. The seminal figure in Toronto basketball is only just becoming aware of them.

Carter is the player Wiggins most frequently cites as an idol. Until Wednesday, the pair had never spoken ("I've seen him from afar, of course," Carter said).

Carter's never lacked for confidence, but he seems a little abashed by his own influence. He didn't realize he'd coached another local product in a summer camp, Cleveland forward Tristan Thompson, until Thompson reminded him on an NBA court.

He is old. When he was Wiggins's age, he was an equally brutal quote. Now, at 37, he's in a storytelling frame of mind.

He understands what Wiggins can do. He's seen the YouTube clips, the assaults on inertia and gravity. Every once in a while, he'll still watch his own, from back when he was putting the lie to Isaac Newton.

"I wish I could do that again," Carter said. "I will admit that."

His first promise: "I'm definitely going to hard foul and beat him up a little bit."

Carter's idol growing up was Julius Erving. In terms of style, Carter was Dr. J 2.0. Aesthetically, Wiggins is the third generation of that basketball bloodline.

Carter and Erving missed each other professionally by a decade. Shortly after he joined the league, they played each other in a pick-up game. Carter went in with an outsized sense of deference – "I didn't want to hurt him." Dr. J, then in his 40-something dotage, repaid that kindness by trying to decapitate the younger man.

"That brought me back," Carter said. "I want to see [Wiggins] have a lot of success in this league. So that's what I'm going to do just to loosen him up."

True to his word, Carter headed straight for Wiggins when he was subbed in. Ostensibly, he was on his way to talk to the ref. But he took a little detour, walked over and hit Wiggins in the shoulder with a forearm. Hard. This was still during the timeout. Wiggins seemed stunned. Thirty seconds of game-time later, he was taken off. Right now, in your dream playground confrontation, you'd take the vet over the rookie every time.

A bummer? Sure. Expected? Probably. Will that last? No. In his first NBA game, Carter scored 16 points. In his second – four. This will take a while.

It's seldom in life you're allowed to witness one thing becoming another – the chrysalis moment.

I've stood at Cape Point in South Africa and been shown the apparent meeting place of the Indian and Atlantic Oceans. The poor guy who took me there kept saying, "Can you see it?!". I couldn't see anything. Eventually I said, "Yes. Amazing." I didn't want to hurt his feelings, and it was still wicked to be there.

Wednesday night in Memphis felt the same way. As a handing-off-the-torch moment, it was a disappointment. We won't know for a while if it worked out.

But it's already turned out for Wiggins's city and his country. Wiggins is the final proof that Carter's brief, brilliant and eventually sour turn in Toronto meant something more than a few highlight clips and one playoff series win.

"You could drive around Toronto [when I arrived] and you didn't see kids out there on the basketball court," Carter said wistfully. "All of a sudden, after that dunk contest, after that first playoff win, after that team started to get into the playoffs consistently, everybody wanted to pick up a basketball and play. It was … fantastic."

It's rare you get to say this to a pro: 'It was for us, too.' Nearly 20 years ago, Carter dropped a rock in a pond. Wiggins is just one of those ripples. 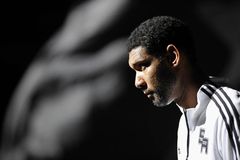 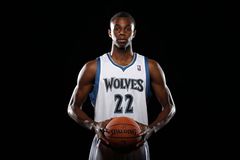 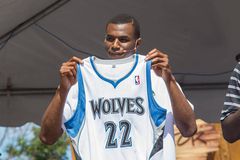