Wiggins was in the process of being stuffed in a burlap sack and tossed overboard by the Cleveland Cavaliers. A few weeks before, he'd been the new Jordan, an untouchable talent. Now he was a makeweight in a trade between a very good team and a very bad one, the Minnesota Timberwolves. He was going the wrong way, and he knew it.

Where do you want to go, someone asked.

"Wherever God wants," Wiggins said. He said it like he was about to be taken in to the ICU on a gurney.

Still, you had a sense it was the best thing for him.

From the perspective of Friday morning, it looks like an epochal piece of good fortune. On Thursday, Minnesota used its first pick in the 2015 NBA draft to take centre Karl-Anthony Towns of the University of Kentucky.

By all accounts, Towns is Wiggins, just a few months younger and a lot bigger. Like the Vaughan, Ont., product, Towns is big-bodied – 6-foot-11, 250 lbs. – and a remarkable two-way player whose game is still unpolished. At worst, he's a formidable regular from the start. At best – and also like Wiggins – he's a future Hall of Famer.

Minnesota won't be good next year, or the year after that. Three years from now, they'll be a playoff team. Five years? If everything goes right, they're a championship contender.

From a Canadian perspective – or any other kind – Wiggins's career could not be playing out more perfectly. He's the NBA Rookie of the Year. He'll start his work at turning Canada into a global basketball powerhouse this summer. If Canada qualifies for Rio 2016, that's our new summer Olympic glamour sport.

And now, in Towns, Wiggins is book-ended with a contemporary who is noted as a warm, intelligent presence as well as a great player.

In five years, Wiggins and Towns could be the new Jordan and Pippen – except their teammates will like them.

Beyond Towns, draft night was a little weird.

The number-two pick was point guard D'Angelo Russell, taken by the L.A. Lakers. The Lakers are in the midst of a quickie rebuild, trying to take advantage of what will likely be Kobe Bryant's farewell tour.

Poor Russell. You can just imagine how warm and forgiving Bryant will be, knowing he has only one more year to cement his legacy.

Russell apparently has no idea what he's in for.

"I want [Bryant] to take me under his wing," the teenager said.

Yes. He might do that. If he's holding a pillow over your face while he's doing it. Consider hiring bodyguards.

While Towns was being feted, the camera repeatedly swiveled to a grim looking Jahlil Okafor. Two months ago, the Duke centre was most people's number-one choice – the most pro-ready of any man in the draft. Then Golden State won the title by leaning on shot-taking and spacing. With every series victory, the Warriors devalued bruising big men everywhere.

Okafor went third to the Philadelphia 76ers. Nerlens Noel, Joel Embiid and Okafor – Philadelphia now has three big men of the future. Unfortunately, they can't all play while sitting on each other's shoulders.

Immediately after the pick, Embiid tweeted, "OK………Lol." Oh, this should be good.

He was not excited.

It could've been worse – he could be Kristaps Porzingis. The draft was held in Brooklyn, giving New York Knicks fans an excuse to cross the East River.

As you may know, the Knicks are just barely a professional sports club. They're the Maple Leafs of basketball. The Knicks needed an immediate boost. Instead, they took the 19-year-old Latvian.

Porzingis, who looks like one of those inflatable-tube-men you'd spot flapping outside a roadside fireworks shack, cannot help any team right now. He'll spend several years being whipped around on the court like a stop-sign in a hurricane.

Knicks fans on hand booed him relentlessly. One irritatingly self-aware young man was filming himself crying.

The only person who's going to be happy about this choice is much-loved former Toronto institution and current free agent Andrea Bargnani. Now there's someone Manhattan basketball aficionados hate even more than him.

Beyond the first three picks – all players expected to be above-average starters – and the looming disaster of Porzingis, this draft lacked a theme.

There were a few international men of mystery (Croatia's Mario Hezonja, the No. 5 pick by Orlando; and Emmanuel Mudiay, the No. 7 pick by Denver, who skipped college to play professionally in China). It was largely a mix of positions and types, and many of these guys will never again get as much attention as they've received in the past week.

At the 20th pick, the Toronto Raptors chose University of Utah senior Delon Wright, a defensive-minded point guard. He'll have a shot at replacing current backup Greivis Vasquez, who earlier in the evening was traded to Milwaukee for the 46th pick this year and a 2017 first-round pick.

New York aside, teams weren't looking to go all in. They preferred value bets.

Since it is so different in form and content from the NBA, success in the college game is an erratic predictor of professional success. Scouts are looking at these teenagers as raw physical material. Most of them will have to be re-taught the finer points.

There were a great many of those sorts of unfinished talents picked this year. A few – maybe one or two beyond the top three – will become names the casual fan recognizes.

Since every team is full of talent evaluators who know what they're doing, it isn't a question of who picked best. It's a function of who guessed right.

Kelly: Raptors come out as one of the draft’s winners
December 31, 1999 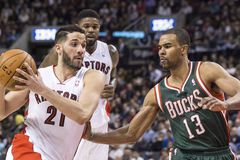 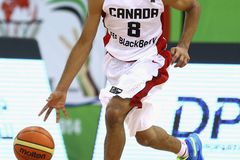