Working long-distance through a TV camera, Brooklyn's Kevin Garnett had his big leather glove out after Tuesday's Raptors win, brushing it across Toronto faces.

These were teasing swipes.

"I don't know if you can say 'Eff Brooklyn' and come into Brooklyn, so we'll see what it's like."

For the record, Garnett is not from Brooklyn and doesn't live in Brooklyn. He's as Brooklyn as you are (assuming you have no non-mercenary connections to Brooklyn).

The first indication of weakness in that statement: Garnett could not bring himself to say the word.

That's not the Kevin Garnett we know. We've been courtside. We've heard him addressing the enemy. Between the lines of play, he empties out the Urban Dictionary like a sailor on sodium pentothal. Now he's shy?

Nevertheless, having left behind a small, smouldering fire in Toronto, no Raptor was willing to fan it on Wednesday.

One by one, they emerged from practice to shrug off the teasing insult.

Does crowd hostility bother you?

"I'm sure their fans … will be happy to cheer for them," Kyle Lowry said.

Does that Garnett line bother you?

"Not at all. I love KG," Greivis Vasquez said. "I grew up watching this guy. I had a poster of him when I was younger, back home. When he was in Minnesota. Wearing 21."

Out in the scrum, shoulders were slumping. If we want to chart the decline of the news business, don't blame the audience. Blame the PR consultants.

However, Vasquez is a helpful guy. He suggested that anyone looking for a trash talker was best pointed in the direction of languorous grown-up Steve Novak.

Given his druthers, Novak would play the game in board shorts and flip-flops. Ask him about trash and you'll end up in a discussion about waste management.

No, the most mercurial presence on the team is Toronto-born team consultant and aide-du-camp Jamaal Magloire. The former All-Star sits behind the bench during games. Based on observation, his primary job is berating the opposition.

Do Garnett's comments bother you?

After dropping the mic, he swiveled away. Then he turned back and waved a finger the size of a jumbo hot dog.

"And you can print that."

"It's going to be a new frontier," coach Dwane Casey said of the anticipated atmosphere in Brooklyn.

It will be now.

Based on experience, the Barclays Center is one of the more easy-going environs in the NBA. It's a good crowd, but not an intimidating one. The thing that really riles these people up is the appearance of the t-shirt cannon.

You walk 20 minutes from the Brooklyn Bridge to the arena, and you get some sense of the borough that birthed Biggie. Once inside the building, it's a visiting collection of Park Slope arrivistes and yuppies that last heard The Blueprint at a wine bar.

Boston? Boston's terrifying. If Raptors GM Masai Ujiri said "(Expletive) Boston" during the baseball playoffs, I'd show up to Fenway wearing an American flag as a cape. To hide the body armour.

Ditto Chicago. And Cleveland. And Portland. And Oklahoma City. And Philadelphia. Oh God, Philadelphia! If you plan to goad Philadelphia in Philadelphia, save yourself the hassle and pack a body bag inside a self-addressed envelope. In fact, bring several. They'll mail you home in chunks.

Even Manhattan is scarier than Brooklyn on the sports-hostility index. And that's just the vendors at the Garden.

In the midst of Game 2, a couple of Toronto journos were approached by a fan heading down to Brooklyn for Saturday's game.

"Will I be OK?" he wondered, pointing at his Raptors jersey.

Normally, we'd steer this guy into trouble. Maybe we could tag him with a radio tracer and follow his corpse as it's passed down from the upper bowl to the infirmary. That's news.

Sadly, we were forced to reassure him.

Short of hosing his seatmates with beer, he'll walk out of the arena with all his limbs attached and the address of a secret bar that you enter through a phone booth, which only operates for 15 minutes on Tuesday nights. That's Brooklyn inside the walls of the Barclays Center.

Of course, we're willing to be disabused of this notion. When the unexpected angry flash mob is forming, remember that I'm the guy without the glasses. 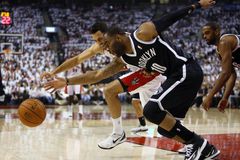 Raptors make good use of their coming-out party
April 20, 2014 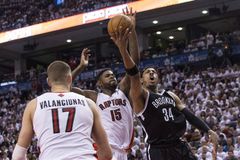 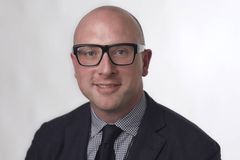 The Man: How Dwane Casey helped reinvent the Raptors
April 18, 2014 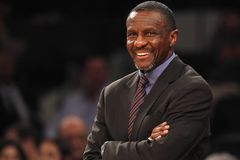 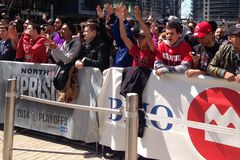 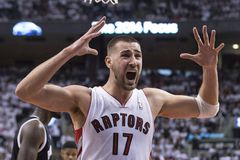 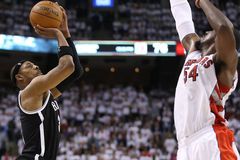