This morning, after a historic Toronto Raptors win, it all makes sense.

All the blown picks and ugly goodbyes and terrible, terrible basketball. For most of two decades, the Raptors were to the NBA what the Hindenburg was to air travel.

Our American friends – some of whom had drawn local paycheques – loved pointing that out.

"That's how they are in Canada. They don't really know basketball," former Raptor Charles Oakley once sneered. "They don't know if they're watching polo or lolo."

Whichever one of those things is the good one, that's what we're into now.

After years of nearly uninterrupted disappointment, the Toronto Raptors are within four wins of competing for an NBA title. They annihilated the Miami Heat 116-89 on Sunday to advance to the Eastern Conference championship against the Cleveland Cavaliers. That series begins Tuesday in Ohio.

"This country deserved it," DeMar DeRozan, the longest-serving current Raptor, said afterward. Perhaps uniquely among the foreigners who've played here, he gets how much it meant.

It had been an ugly series, but it was a glorious finale. Finally seeming to fully coalesce in their 14th postseason contest, the Raptors offered some hope that the next round against the prohibitively favoured Cavaliers might not be a walkover.

That's the hand-wringing to come. But give this franchise and its fans a moment to stop and look around.

"You have to respect an organization that's gone through some pain," Heat coach Erik Spoelstra said afterward, rather understating the matter.

Pain is a few down years. If you are one of the people who remembers the entire history of this organization, you'd probably use words such as "searing" and "agony."

The voyage seemed cursed from the get-go. The Raptors came slinking into the league in 1995, so desperate to be included they allowed the NBA to bully them into agreeing to forgo a first-overall draft pick for three years. They gave erratic playing legend Isiah Thomas an ownership stake and put him in charge. They decided to stage their games in a corner of the SkyDome.

None of these were smart ideas, but they were the beginning of a consistent theme. The Raptors were Midas in reverse. Everything they touched turned to lead.

No one worth having wanted to come here. The ones who were forced to left as soon as they could. So the Raptors began targeting people who had nowhere else to go.

There was a brief flare of competence during the Vince Carter era. In any other organization, Carter would be a sizable footnote. In Toronto, he's a lost prophet. He got as close as anyone to the promised land (though it wasn't all that close).

Sunday's win means people can finally stop obsessing about Carter's at-the-buzzer miss in 2001. As such, this game wasn't just the high-water mark for Canadian basketball. It also served as an exorcism.

For as long as there has been a team, Toronto has been the NBA's unhappy court jester. Just flashing the logo on an ESPN broadcast operated as a kind of sight gag. They laughed at the name, the colour palette and the goofy, dribbling dinosaur. It all seemed so rinky-dink.

Eventually, Americans stopped jeering so loudly, but only because you had to bend so far over to punch down at the Raptors, you put yourself at risk of slipping a disc.

You may recall many of those slights. Quietly absorbing them came to define the spirit of the fan base.

Pulling for the Raptors was the local version of "I walked X miles through Y feet of snow to school as a kid."

How bad had you had it? Did you remember B.J. Armstrong, Vincenzo Esposito and Oliver Miller? Were you there the night Kobe dropped 81 on them? Were you on the "Drinking to Forget" tour? Could you remember Rafer Alston's number?

Then it began to shift. The Raptors made some decent picks and trades under general manager Bryan Colangelo. He didn't last long enough to see the results, but handed off the portrait of a contender as painted by Picasso. You had to really stare to see it.

To everyone's surprise – including Ujiri's – what remained was a viable team. An honest-to-God, fully functional professional outfit, with stars and all. Maybe the first one in franchise history.

All of a sudden, being a Raptors fan wasn't a form of civic penance. People wanted to watch this team. More and more of them. TV ratings have quintupled during this playoff run, putting basketball in Hockey Night in Canada territory.

Thousands of people, most of them kids, stood outside the Air Canada Centre on Sunday like penitents in a hailstorm. Just by being there, they made Charles Oakley and all the other sneerers sound foolish.

Even more unexpected than the influx of fans was that people suddenly wanted to play for this team. The moment Kyle Lowry – the overwhelming hero of Game 7 – decided to re-sign with Toronto when he could have gone elsewhere may be the quietest tectonic shift in local sports history.

It took 21 years, but the dream of '95 has finally arrived. The Toronto Raptors belong amongst the very best in the NBA. They belong, full stop.

All those wrong turns and embarrassing misjudgments seem small right now. All the metaphoric bodies can be carried out of the cellar and buried. There's no need to hang on to them any more.

Whatever happens from here on is a bonus. Other cities need basketball champions because they already know what that feels like. What the Raptors have provided is just as important to this browbeaten market – a counterpoint to history.

They're proof that things don't always work out, but eventually, if just a few people keep the faith, they might. 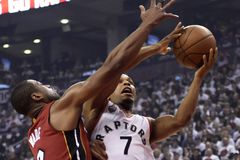 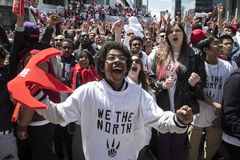 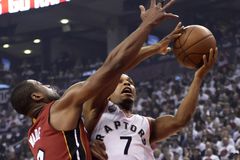 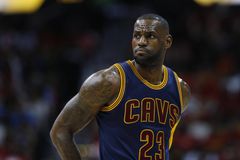 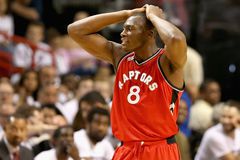