Kyle Lowry – the pillar of the Toronto Raptors – sits courtside in an airy gym in the Vancouver suburbs. There are beads of sweat on his brow, his temple. He puts on a black-and-white tuque, tilts it back, a bit askew.

His Thursday morning's duty is done, two hours of closed-door training camp practice, the third day on the court for the basketball season the 28-year-old has waited and worked for his entire life. He and his teammates have another two hours scheduled for the early evening. In between, food and rest. His last obligation, before he goes, is an interview. In the past, he'd probably scowl, or similar. Not interested. He's still the same Kyle Lowry – but calmer, less prone to upset.

His answers are short, but thoughtful. He pokes at the keyboard of his iPhone, a text message, but he isn't inattentive. This is a man poised. Poised to snatch the first all-star nod of his NBA career. Poised to lead a basketball team to greater heights than the unexpected successes of last winter and spring, when the Raptors came up one point short at home in Game 7 in the playoffs against the Brooklyn Nets, when it ended with Lowry on the floor, his head in his hands.

"I'm always going to be me," Lowry says. "I'm 28 years old. I'm not going change who I am too much" – he leans an italics-emphasis on "too" – "but I'm going to grow up and mature and understand how to handle situations better."

Last February, during the NBA all-star break, Raptors coach Dwane Casey wrote out a declaration called: "I'm All In." It was about keeping the percolating magic alive that had suddenly emerged after the Raptors traded their star, Rudy Gay. Lowry was the first to sign his name. Lowry in the summer then signed his big-money deal.

Lowry feels wanted, and this matters a lot. He hasn't felt it, in the NBA, and in childhood in North Philadelphia, was hurt by an absent father. In a recent Grantland feature on Lowry, Billy Lange, a coach who has known Lowry since the player was a teenager, said, "He does not trust easily. … There's clearly some deep-rooted issues."

Lowry is a man now. He's the man now.

"You don't get many opportunities to have a team you can call your own," Lowry told NBA TV at Summer League in Las Vegas in July. "You have great players who never get to say, 'It's my team.'"

Casey sees his leader, a guy who has the same ferocity, but tempered, a little more measured. A fire that would, before, burn out of control, is today marshalled, ready to be wielded.

"Kyle now is more calm," Casey says. "The fire and brimstone is more under control. I think all of our guys are showing that. That's what we've been preaching."

It matters, because when emotions fractured last year, the Raptors came undone. In tight games, they would lose much more often than not. If the team is to reach its goals, more wins than last year's 48, and another division title, it will be about corralling as much as unleashing. It begins and ends with Lowry: there are few players who are more central to their team, the point guard touching the ball 92 times a game last year, fifth-most in the NBA.

As he changes, his essence is unchanged.

"Same old Kyle," says teammate and close friend DeMar DeRozan. "Kyle always been that dominant leader on that court. He's definitely a general. Definitely a pit bull. You know, he just be himself. He was himself when he first got here and he's still himself now."

How Lowry's game evolves will be intriguing to watch. It changed notably in 2013-14 from the season before, and it wasn't only the obvious headlines, career-high points per game (17.9), assists per game (7.4), three-point percentage (38.0). The numbers were the result of two very specific elements. One, Lowry took the ball right to the hoop 349 times last season, about two-thirds more than the year earlier, and sank more baskets, too. Second, behind the arc, on the top-left side of the three-point line, Lowry fired nearly 200 shots – double the year before from that spot – and hit 40.7 per cent, up from 33.7 per cent there the season earlier.

It was, in part, by chance, but by design, too. This year, Lowry hints at a wiser player, a little less "human bowling ball," as the 6-foot 205-pound guard has been previously described.

"I'm still going to be a tough guy, drive the paint hard, but, you know, you get a little bit older, you've got to expand your game and understand your game a little bit better," says Lowry. "The jump shot is a lot easier on your body."

In one guise, Lowry is serious. But there's more to the man. He's fun-loving, playful. In Las Vegas, after the Raptors got beat up in a Summer League game, he posed as a reporter and teased coach Jesse Mermuys for the loss with a demanding question: "How do you feel about losing by 30 points, and the game was all your fault?"

"Life's too serious," says Lowry in Vancouver on Thursday. "Life's supposed to be enjoyable, fun. We've got some good spirited guys in here."

Marshalling good spirits. This is the mission. The spirit of Jurassic Park, the mass of fans outside the Air Canada Centre last spring against Brooklyn. The spirit of a team that was supposed to collapse after the Gay trade but instead reimagined itself as a contender.

Last question. Easy one. T-ball question. Can they keep it alive?

"That's the plan." There's a hint of a smile on Lowry's face. "Gotta keep winning." 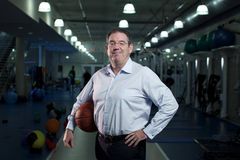 Kelly: Raptors’ DeRozan an unsung hero, but don’t blame him for that
September 30, 2014 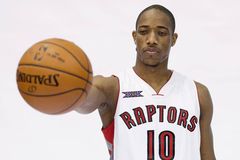 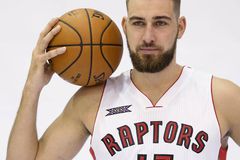 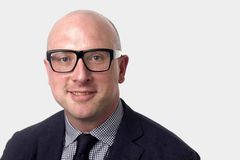