Joe FriesenPostsecondary Education Reporter
TORONTO
Contributed to The Globe and Mail
Published May 20, 2016 Updated May 20, 2016

In a city desperate for a winner, and a country cut out of the NHL playoffs, sports fans are pondering the exotic notion of cheering for a basketball team – one that suddenly looms, in a wobbly, impermanent way over the national sporting scene.

The Toronto Raptors have not exactly seized the spotlight during a run to the NBA final four that, at times, has been painful to watch. But they have won two playoff series for the first time, including a terrific Game 7 over Miami last Sunday, to lift the aura of failure that historically has surrounded the team. Their timing looked good, as no Canadian NHL team is in the hunt for the Stanley Cup and the Blue Jays are off to a poor start.

Just when it seemed Canada might rally around the Raptors, though, the wind has been sucked from their sails by LeBron James, colossus of the Cleveland Cavaliers. The Cavs took the first contest by a crisp 31-point margin, the second by 19, and are expected to dispatch the Raptors in four, or at most five, games in the Eastern Conference finals. This moment in the sun may be all too brief, but after roughly two decades as an afterthought in a hockey-obsessed culture it's worth savouring.

Oddly enough, this burgeoning global game – one invented by a Canadian no less – remains something of a niche interest in this country.

It's not a cold-climate sport like hockey, but it is a winter sport, at least in its indoor version. Its popularity overseas, from Asia to South America to Africa and Europe mirrors our country's increasingly worldly outlook, nurtured by an immigrant population that's at 50 per cent in this city, 20 per cent across the country, and growing by a million people every four years. In two of Canada's top immigration source countries, China and the Philippines, basketball is hugely popular.

Anyone who has watched images of Jurassic Park, the raucous pen outside the Air Canada Centre where the devoted gather, can see instantly that its denizens are younger and more multicultural than the audience for other pro sports. As Raptors forward Patrick Patterson, who grew up in West Virginia, wrote in April, even the players are impressed by the diversity of their fans.

"When I walk out of the tunnel at a Raptors game, of course I see white people, but they're right next to Asians and Africans and Pacific Islanders and many other people from all around the world. And all of them are wearing the same jersey, cheering for the same team. It's a beautiful thing to see, man," Mr. Patterson wrote for the website Players' Tribune.

For the first time last week the Raptors sat atop the national TV sports ratings after they drew an average audience of 1.5 million for their final victory over Miami. That's a huge jump, according to Chris Zelkovich, sports media writer at Yahoo. Up until five years ago the typical Raptors game drew an audience of roughly 150,000, significantly smaller than the two million for the old Hockey Night in Canada, or the hundreds of thousands for the Blue Jays or the CFL, he said. That number has grown slowly to about 250,000 per regular season game, and with a younger fan base it's possible that traditional measurements don't capture all those watching in snippets or via online feeds.

Still, the Raptors remain primarily a Southern Ontario interest, he said, with only small support in the West or the Maritimes, where fans are more inclined to the Blue Jays. Partly that's just a matter of pro basketball's relatively short history in Canada, he added.

Kaan Yigit, president of Solutions Research Group, has been surveying Canadians on whether they follow various pro sports leagues since 2013. In that time the number of people who follow the NBA is up 18 per cent, he said, from 7.2 million to 8.5 million, at a time when most of the other major leagues, save baseball, have been flat.

Basketball is not about to eclipse hockey, not even close, but it is the third most popular sport in the 12- to 34-years-old demographic, Mr. Yigit said. His research shows 350,000 kids 17 and under participate in basketball, behind only soccer and hockey among team sports, and for new Canadians basketball ranked higher than hockey. That level of youth participation marks a major shift that will likely create more fans down the road.

The generation becoming parents today grew up when Michael Jordan took the NBA to new levels of global popularity, but the infrastructure for youth basketball in Canada was relatively weak. Today that has changed significantly, and Canada is a hotbed of talent that has produced roughly a dozen current NBA players, including the Raptors' own Cory Joseph.

Mr. Yigit said he expects basketball will occupy an increasingly important place in the sporting scene. He credits the growth to a few factors, such as the likeable team stars, Kyle Lowry and DeMar Derozan, as well as the imprimatur of cool granted by their best known fan, Drake, a music superstar with enormous reach and popularity.

"It's really kind of a watershed moment," Mr. Yigit said. "You see the Raptors in the final four, beating an iconic franchise like Miami, now your guys are being mentioned in the same breath as Steph Curry and LeBron James, and for young people that's a big deal." 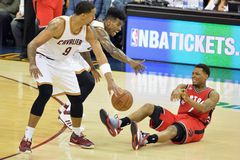 Kelly: What if Lowry made shots? What if the Raps played harder? What if LeBron wasn’t LeBron?
May 19, 2016 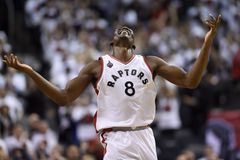 Follow Joe Friesen on Twitter @FriesenJoe
Report an error
Due to technical reasons, we have temporarily removed commenting from our articles. We hope to have this fixed soon. Thank you for your patience. If you are looking to give feedback on our new site, please send it along to feedback@globeandmail.com. If you want to write a letter to the editor, please forward to letters@globeandmail.com.
Comments