The hangovers hadn't even had a chance to settle in yet for members of the Dallas Mavericks, the newly crowned kings of the NBA, when Bryan Colangelo's cellphone started to ring.

It was 1:30 a.m. and the Toronto Raptors general manager was stunned to learn that the caller was Rick Carlisle, whose team was just a few hours removed from winning the NBA title over the Miami Heat.

"They just literally must have just walked out of the building, a few beers and a few glasses of champagne later, I'm sure," Colangelo said.

The Dallas head coach wasn't calling to gloat but to make a pitch on behalf of Dwane Casey, one of his assistants.

"You need to strongly consider it."

Colangelo certainly paid attention as the 54-year-old Casey has been thrown the keys to the Raptors broken-down car, being affirmed on Tuesday as the new head coach of the NBA franchise.

Casey, who signed a three-year contract, will take over from Jay Triano of Niagara Falls, Ont., who was relieved of his coaching duties earlier this month, in the aftermath of a frustrating 22-60 regular season.

"When I looked at the list of the things that we wanted to accomplish … I think Dwane embodies a lot of those characteristics we were looking for if not every one to a tee," Colangelo said.

In Casey, the Raptors have landed a seasoned NBA instructor having served as a head coach, associate head coach and assistant coach in 16 of the past 17 years.

His lone head coaching experience came with the Minnesota Timberwolves, where he lasted 1 ½ seasons before getting fired 40 games into the 2006-07 campaign.

During the last two years, Casey has been an assistant with Carlisle in Dallas, where his profile as one of the game's top defensive strategists was honed.

That reputation only gained steam during the just-concluded NBA final, where the underdog Mavericks upstaged the Heat in six games, muzzling superstar LeBron James in the process.

The Raptors were among the worst teams in the NBA this past season from a defensive standpoint and Casey, at his introductory press conference at the Air Canada Centre on Tuesday, didn't mince words when asked what his top priority will be.

"One thing that I do plan to do here in this upcoming season is help this team develop an NBA defensive identity," he said. "I think that's the No. 1 goal, the No. 1 thought process with me going in."

While work on the offensive end won't be overlooked, Casey said a team's ultimate success or failure on the court starts at the defensive end, where he said he wants to introduce a culture of "hard play."

"Defensively, I'm going to be a hands-on control freak so to speak," Casey promised. "The players will know how important defence is."

And that would include Andrea Bargnani, Toronto's seven-foot centre whose work under the boards has not exactly been his calling card since he came into the NBA.

"I told [Casey]one of the big challenges will be trying to figure out how to get the most out of Andrea," Colangelo said, pointedly.

In a story that is bound to turn some heads in hockey-mad Toronto, Casey said he came up with the idea of splicing some rough and tumble hockey highlights into the basketball game film the Mavericks then watched during the 2011 final.

"We thought like we were playing too soft against Miami to start the series and it really set the tone," Casey said. "But we spliced in guys checking guys up into the window, into the boards and that type of thing. And that's the way we want to play. We want to make sure that people feel us when they cut into the lane."

Casey said he was even looking forward to meeting Brian Burke, the Toronto Maple Leafs GM.

While Triano has been shunted into a consulting role with the team, Casey said he has not yet made a decision on whether he will ask Triano to become one of his assistants.

The fate of the team's other assistants from last year, including P.J. Carlissimo and Alex English, has also not been determined. 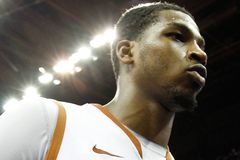 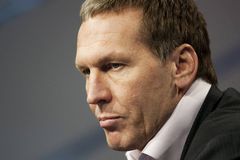 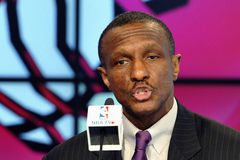