Masai Ujiri has asked the question likely dozens of times, of every young camper at every summertime Giants of Africa camp. Have you ever met someone who didn't come from a woman?

Ujiri makes the point to teach his camp attendees about respecting women, and it was a story the Toronto Raptors president repeated again this week at an evening celebration of women in Raptors' leadership positions.

The Raptors hired women for several key roles this past off-season, and the 47-year-old Ujiri summed it up matter-of-factly on a recent Bill Simmons podcast when he said "Hire women." But if the makeup of Toronto's NBA franchise is more female than most, it happened organically rather than by design, Ujiri stressed.

Dubbed "She The North," the Raptors' celebration brought together hundreds of women in sports, from player agents to coaches, physicians, and journalists, at the team's Biosteel Centre practice facility. Ujiri told the crowd he'd love to see a female general manager in the NBA.

"And I hope she comes from (Toronto)," he said.

He looks forward, he said, to when his three-year-old daughter Zahara is old enough to appreciate the female influence with his NBA team.

Among the women Ujiri added to his staff this past summer: Shelby Weaver, the team's manager of player development, data analyst Brittni Donaldson, physiotherapist Amanda Joaquim, and director of communications Jennifer Quinn.

"This off-season we had positions that we needed to fill, and it just happened that it was all women hired, which was amazing, but it wasn't by plan or design," said Teresa Resch, the Raptors' VP of basketball operations and player development. "To be able to work with so many women in so many different disciplines is amazing. I've never really had that before.

"The worst thing you can do is have group think, so you want to challenge each other and have a variety of opinions," she added. "I definitely think women think differently than men, it's scientific that we think differently, so it's important to have that represented for sure."

Ujiri hired Resch, a former collegiate volleyball player, away from the NBA head office in 2013. Among her significant accomplishments, she pushed to include a girls program in the NBA's Basketball Without Borders boys camps, and since 2010, every BWB program has included a separate camp for girls.

The NBA is a leader in diversity and inclusion among pro sports franchises, and boasts the highest percentage of women in executive positions in teams and the NBA head office. But Resch, who is one of the highest-ranking women in NBA basketball operations, believes there's a long way to go.

She pointed out that only two per cent of the applicants for the Wayne Embry Fellowship, an initiative to grow basketball talent in Canada off the court, were female. The fellowship provides an opportunity to learn about all facets of an NBA team, from coaching to scouting, to player development, financial, and travel.

"It's important we tell our story, because it's not happening anywhere else (in the league)," Resch said. "I don't think that people are purposefully not hiring women, I do not think that's the case at all. I don't think women understand there's opportunity there. I really don't think they're putting themselves out there, or even picturing or envisioning themselves in those roles, or how to navigate to get there."

When the Atlanta Hawks hired longtime NBA executive Michelle Leftwich to join their front office recently, it was big news. She joined a small group that includes Resch, and half a dozen other women working at that level.

Becky Hammon, with San Antonio, is the NBA's only female assistant coach, while the league's lone female referee is Lauren Holtkamp.

Back at Biosteel Centre, Ujiri sat in his office looking out on the court. Staff were beginning to gather on the court for an afternoon pickup game.

And from Resch, the feeling is mutual.

The Raptors will host another She The North event in conjunction with the G-League Showcase in January.

Raptors come out on top in tense game against Pelicans
November 13, 2017 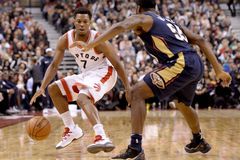 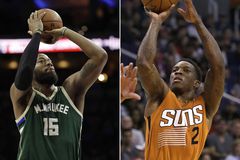 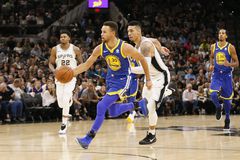