Cameramen fidgeted to focus their lenses on the imposing frame of Sim Bhullar, a 21-year-old aspiring NBA centre standing a titanic 7-foot-5. He squeezed into a chair to their relief, and reporters gathered around him, his size 22 Nikes some double the dimensions of any other shoes in the circle.

The Toronto native drew great intrigue in his hometown on Wednesday, as he worked out for the Raptors, his boyhood team. If he sticks on a National Basketball Association roster as a second-round pick in the upcoming draft, or as an undrafted free agent, he would be the tallest player in the league. He would also be its first of Indian descent, which could resonate significantly in the South Asian nation of more than a billion people.

This spring, after his sophomore season at New Mexico State University, Bhullar opted to leave school early to enter the draft. It was a decision panned by some who called him a long shot for the NBA, saying he didn't yet have the speed, fitness or experience needed to go pro. But Bhullar, and those in his circle, were convinced he'd done all he could in college, and his massive size makes him a unique case.

"Guys my size don't have very long careers and you have to take advantage of it and do the best you can with the time you have to play," Bhullar told The Globe and Mail before his workout. "I didn't want to get hurt in another college season and ruin my chances. And I'm not the kind of guy that's doing it just to make money right away; I just want to play at the highest level. It's been a dream of mine since I was a kid, to play down on the court at the ACC [Air Canada Centre] and make everyone proud. My family is fine for money, this is about my dream. I want to not only make it, but make an impact."

Bhullar's parents, Avtar and Varinder, immigrated to Toronto in 1988 from the Northern Indian region of Punjab. They had a daughter and two sons, and bought a Toronto gas station that all family members pitched in to operate. As the boys grew steadily off the charts, they were drawn to basketball and eventually played for CIA Bounce, the same Brampton-area club that has produced NBA players Anthony Bennett and Tristan Thompson, and first-round prospects in this year's draft, Andrew Wiggins and Tyler Ennis.

Bhullar and his younger brother, Tanveer, both went on scholarships to NMSU in Las Cruces, N.M. While the younger brother was a red-shirt freshman last season and will remain an Aggie, the older leaves after a season in which he averaged 10.4 points, 7.8 rebounds and 3.4 blocks. He earned the WAC tournament's Most Outstanding Player award for the second straight season and led the Aggies to the NCAA tournament for the second consecutive year.

Still, many wonder if he's ready and how likely he is to be drafted. He was an overweight, 367-pound freshman, often gasping for air on the court. But he worked diligently on his fitness at NMSU, improved his diet, lost weight and steadily increased his minutes. He became a player who could clog the lane, block shots, defend the rim and pass out of double teams.

"Sim's cardio and conditioning improved a great deal, and he played several games in excess of 30 minutes, which would not have been possible when he was a freshman," Aggies head coach Marvin Menzies said in an e-mail interview. "Our opponents were quite often intimidated by his size, especially when it came to driving to the basket. The feedback I received [from NBA teams] gave me a high level of confidence that he will land with an NBA team immediately."

The joints and feet of an NBA player towering well over seven feet have often broken down sooner than the average player's. Even 7-foot-6 Yao Ming, who became a global superstar and endeared the NBA to Chinese fans, had his career shortened by foot and knee injuries before his retirement in 2011.

NBA teams tell Bhullar he's projected as a late second-round pick or a free-agent signing. He's been shedding weight at their recommendation, and working on conditioning and foot speed. He has lost 16 pounds since his Aggies were knocked out of the NCAA tournament in the first round. He aims to get down to 330 pounds.

Bhullar also has workouts scheduled with the Sacramento Kings and Washington Wizards. The Raptors, who draft at No. 20, 37 and 59, have been tracking Bhullar for a long while, as they do with all Toronto-area talent.

"He's so large, there's always a market for that in the NBA," said Dan Tolzman, the Raptors director of scouting. "If guys that size want to be in the gym, we've got development people who could work with them to constantly help get them better. Sometimes a guy that big is forced to play basketball, so it will be interesting to see what kind of makeup he has."

Cameras followed Bhullar around the Air Canada Centre Wednesday to capture the sheer size of the man among his surroundings. He ducked his head to get in and out of the elevators and through doorways and craned his neck and shoulders down to talk to those standing directly beside him.

He also has the weight of expectation on those big shoulders.

"Since high school, people have been talking about me being the closest chance to have an Indian player in the NBA. I've had the pressure that long, so I'm used to it now," Bhullar said. "I think I could do for basketball in India what Yao Ming did in China, be a role model for kids, open their eyes, and help them make the jump." 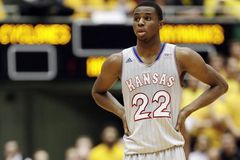 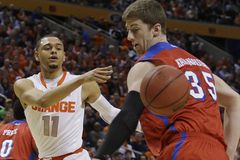 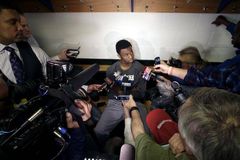 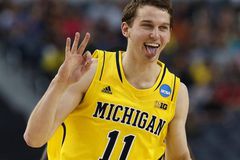