When Avtar and Varinder Bhullar emigrated from India to Canada in 1988, they dreamed of a bright future. But this is beyond anything they could have imagined.

Some 26 years later, they own and operate a gas station in Toronto that is decorated with photos and newspaper clippings of their two seven-foot-plus, basketball-playing sons. Both Sim and Tanveer Bhullar are on scholarship at New Mexico State University, an upset-minded 13th seed in the NCAA men's championship tournament.

The Bhullar brothers are more than big bodies who take up space in the paint, swat away a few shots and draw stares and photo requests everywhere they go. As their talents grow and their bodies become better-trained, the expectations mount on their towering frames.

Sim, 21, and Tanveer, 19, may be on track to become the first players of Indian descent to make it to the NBA – which could resonate dramatically in the South Asia nation of more than 1.2 billion.

The older Bhullar brother, standing a titanic 7-foot-5 with a wingspan of 7-foot-11, is in his sophomore season for the Aggies. Not only can he dunk and swat away opposing shots with ease, but he's a rebounding force and major scoring contributor for the team which faces fourth-seeded San Diego State on Thursday.

Tanveer, 7-foot-3, is a red-shirt freshman this season, practising but not competing in order to preserve an extra year of college eligibility.

The NMSU strength and conditioning coach has devised alternate workout programs for the brothers, who don't fit into many traditional weight machines and benches. Next year, the Aggies could put the two big men on the court together.

"I'm very proud, because we wanted to give a better life to our family when we came to Canada," Varinder Bhullar said in Punjabi, translated by her 23-year-old daughter, Avneet. "God held our hand and showed us the way to go, and we're glad we got them involved in sports early on so they could pursue this goal. Money isn't the thing to make you happy in life; it's seeing your children happy."

When they arrived in Toronto in the summer of 1988 from the Northern Indian region of Punjab, Avtar Bhullar took a job at a furniture company and drove a taxi, while Varinder worked two factory jobs, making patio furniture and boxing powdered cake mixes.

They soon had a daughter and two sons and involved them in sports early on. Avtar had been passionate about kabaddi, a highly-physical team sport he played in India involving elements of wrestling. But the three children tinkered in floor hockey in Canada and basketball in after-school programs.

Soon settling in Brampton, they found themselves shooting hoops with the neighbourhood kids and loving the game.

Varinder stood 5-foot-11, her husband was 6-foot-5, and they had a lengthy list of male relatives well over six feet. So no one was surprised when their two sons were steadily growing far taller than their classmates.

"They were both incredibly imposing physical players," said Paul Melnik, who coached the Bhullars at Father Henry Carr Catholic Secondary School in the Toronto suburb of Etobicoke. "People were in awe of them everywhere we played, even in the U.S."

The brothers played high-school basketball at Henry Carr and also tried the U.S. prep-school route in search of ways to develop big bodies into elite talent. They played at the Kiski School in Saltsburg, Pa., and Huntington Prep School in Huntington, W.V.

Huntington also helped produce Andrew Wiggins, the Canadian freshman phenom at Kansas and close friend of the Bhullars, as well as Tanveer's teammate on a Toronto-area Amateur Athletic Union team, CIA Bounce. The Bhullars were part of a thriving group of players that has emerged from the CIA Bounce family in recent years – Canadians now starring in the NCAA such as Tyler Ennis at Syracuse, Melvin Ejim and Naz Long at Iowa State, and NBA players Anthony Bennett and Tristan Thompson.

"It was definitely that kind of environment among my brothers and all of their friends – like, 'We're really good, we'll win in AAU, we'll all play college basketball and try to go pro,'" said Avneet Bhullar, who played high-school basketball herself, often drove her brothers to practice and fielded and translated many of the calls to her parents from college recruiters.

"The friends all made each other better to get to the next level, and they still call each other up before college game and hit each other up on Twitter. It is a real brotherhood."

The Bhullar family bought a gas station in the suburb of North York in 2007, opening at 5 a.m. each day and closing at 9 p.m., all members of the close-knit family pitching in. They eventually also bought a home with 10-foot ceilings in Brampton, eight-foot doorways and custom-sized beds to accommodate their sons.

As the boys thrived in basketball, more and more news clippings would be posted in the gas station, and the regular customers began keeping tabs on the brothers' careers.

New Mexico State University is in Las Cruces, some 80 kilometres from the Mexico border, with the Organ Mountains as a stunning backdrop. Its men's basketball team has four players from Canada, and one each from France, South Africa and Croatia.

Aggies players have become used to people constantly stopping their two seven-foot-plus teammates in airports and restaurants, asking them to pose for photos as they marvel at the towering players, Sim wearing size 22 shoes, Tanveer size 19.

When the Bhullar family visited the Golden Temple in India a few years ago, a large group of curious people surrounded them to get an up-close look at the tall teens. Site security had to usher them into a private room and order a car to help them flee the crowd.

But the Bhullars aim to be more than a novelty. When Sim first arrived at NMSU as a freshman last year, the 367-pound Canadian was gasping for air after a few possessions during off-season pick-up games and lagging behind teammates during early-summer conditioning. But he dropped more than 30 pounds during the summer and fall by changing his diet and intensifying his conditioning.

Last year, in his first NCAA tournament experience, his No. 13-seeded Aggies lost to No.4-seeded St. Louis in first round. This year, he plays 26 minutes a game and averages 10.3 points and 7.8 rebounds and more than three blocked shots per game. He is seventh in the NCAA in blocked shots (99).

You can be sure the Aggies' first-round opponent has been studying up. Local media asked San Diego State head coach Steve Fisher earlier this week if his Aztecs are used to seeing a player that tall?

"No, I don't think anybody in America has," Fisher said. "He's a big, big man. Everything about him is so much better than it was a year ago. … He will be someone who will make it difficult on us, like he has on everybody he's played this year."

The brothers' mother and sister will travel to Spokane, Wash., to watch New Mexico State play Thursday. Avtar will stay behind to run the gas station, but watch every minute online.

The family has oft heard the buzz about the potential of the Bhullar brothers.

"There are a lot of great Indian athletes, but few of them have had the opportunity to be on such a big global stage," their sister, Avneet, said. "We're excited to see that if they continue to work hard, they could be the first Indo-Canadian players in the NBA, and then they could do so much to help children in India."

Is Canada’s Andrew Wiggins too nice to be an NBA superstar?
March 15, 2014 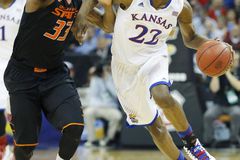 Syracuse’s road to the Final Four takes a detour through Brampton
March 16, 2014 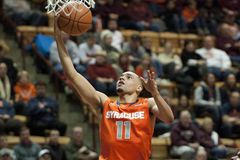 Canadians emerge from the shadows to play starring roles during March Madness
March 17, 2014 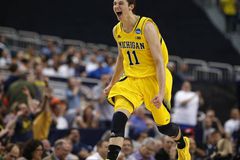