The 21-year-old, who had just come out to the hockey world as a gay man, died in hospital from injuries sustained in a two-vehicle accident on treacherous, snowy roads.

Police said Mr. Burke was driving east on U.S. 35 around 2:50 p.m. when his 2004 Jeep Grand Cherokee slid sideways into an oncoming truck driven by a 24-year-old man, according to a report from the Palladium-Item in Richmond, Ind.

It's been mere months since the young Mr. Burke revealed his sexuality to the hockey world last November, a brave moment he shared with his proud father, who will head the U.S. men's hockey team in the Vancouver 2010 Olympic Games.

He emerged from virtual obscurity until that very public announcement via ESPN captured headlines as the biggest National Hockey League story so far this season. The young Mr. Burke wanted to have a career in hockey after college and had even talked of possibly working in a management role in the NHL.

He grew up in the Boston area, playing on hockey teams as a goalie, and attended Xaverian Brothers High School prep school in Westwood Massachussetts before becoming a student manager for the hockey team at the Miami University (Ohio).

He said he decided to come out to help end homophobia in hockey circles across North America.

"The important thing is that it's started a discussion," he told The Globe and Mail in an interview, "and people realize there could be a gay person next to them in the locker room."

Mr. Burke said he received more support than negativity through the numerous e-mails, phone calls and postings on his Facebook page responding to his revelation.

The Maple Leafs issued a statement saying they were "saddened to report" the death.

"On behalf of the entire Maple Leaf Sports and Entertainment family, we extend our heartfelt condolences to the family and friends of Brian Burke," the statement said. "Our thoughts and prayers are with the Burke family during this extremely difficult time."

Mr. Burke was the fourth child from Brian Burke's first marriage, which ended in 1995.

In a recent interview, Brian Burke said he would work to help his son bring awareness to the stigma so many gay hockey players face.

"For me to support him is what a dad should do," he said. "I'm going to do some work with Brendan, it's his cause and I love him and I hope I do change some attitudes."

Fans of the young Mr. Burke and his father's team showed overwhelming support on Facebook, opening memorial pages and expressing their condolences.

Bloggers reacted to the news by acknowledging how tragic events in life, such as this one, put even the most dramatic tussles in the hockey world into perspective.

Mr. Reedy, a passenger in Mr. Burke's vehicle, was a freshman on the Michigan State volleyball team and majored in civil and environmental engineering.

Friday was a particularly dangerous day on the roads near Wayne County, Indiana, where the fatal crash took place.

With a report from John Allemang 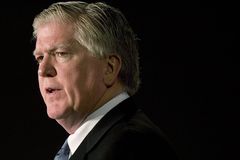 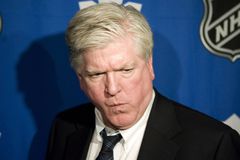 Is the NHL ready for an openly gay player?
November 26, 2009
Report an error
Due to technical reasons, we have temporarily removed commenting from our articles. We hope to have this fixed soon. Thank you for your patience. If you are looking to give feedback on our new site, please send it along to feedback@globeandmail.com. If you want to write a letter to the editor, please forward to letters@globeandmail.com.
Comments are closed